Professor Jackie Hodgson was asked to speak live on BBC Radio 4 last night about the recent events in Catalonia.

Following the Spanish government’s decision to impose direct rule on Catalonia, nine members of Catalonia’s suspended government have been placed in custody, accused of rebellion, sedition and the misuse of public funds. Their leader, however, Carles Puigdemont failed to appear in court, having fled to Belgium. 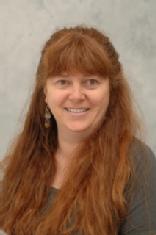 me, whether Spain could issue a European Arrest Warrant (EAW) to secure the return of Carles Puigdemont in order to appear before the Spanish court. Professor Hodgson explained that, whilst this was a politically charged situation, this would not prevent the extradition of Señor Puigdemont and colleagues, provided that the Spanish legal authorities could demonstrate their intention to bring criminal charges.

The EAW procedure was introduced following an EU measure passed in 2002 and is designed to simplify extradition between EU Member States. Professor Hodgson explained that the procedure could be completed in a matter of weeks. Señor Puigdemont and colleagues would need to be brought before the Belgian court where they would be legally represented and would have the opportunity to challenge the warrant. The Belgian court will not look into the details of the Spanish case, but the warrant must relate to an offence recognised in Belgian law, unless it is one of the crimes from which the so-called dual criminality requirement does not apply – such as murder, armed robbery or corruption.

Professor Hodgson has been an expert witness in a number of EAW cases, as well as in the Canadian case of Hassan Diab, who was extradited to France in connection with a terrorist bombing committed in Paris in 1980. She said “this BBC interview was a great opportunity to apply my academic expertise to a current news topic”.

Listen to the full broadcast

(Jackie appears about 34 minutes in)

n Saturday 4 November, Professor Hodgson made a second radio appearance when she was interviewed on the BBC World Service’s Newshour.

She explained the nature of the European Arrest Warrant and the strong grounds that would be required in order to resist its execution. Señor Puigdemont’s lawyers would need to demonstrate, for example, that his extradition to Spain would violate his fundamental human rights, such as the right to a fair trial. Professor Hodgson also noted that, whilst unlikely to be successful, he may attempt to claim asylum status in order to delay his return to Spain.