Assistant Professor Dr Henrique Carvalho has been shortlisted for a prestigious ‘Hart Socio-Legal Theory and History Prize’ for his book 'The Preventive Turn in Criminal Law'.

The book prize, presented by the Socio-Legal Studies Association (SLSA), will be awarded for a book that makes a contribution to socio-legal theory or to socio-legal history published in the 12 months up to 30 September 2017.

Dr Carvalho’s book, published by OUP (Oxford University Press) in April 2017, seeks to understand where the impulse for prevention in criminal law comes from, and why this preventive dimension seems to be expanding in recent times. 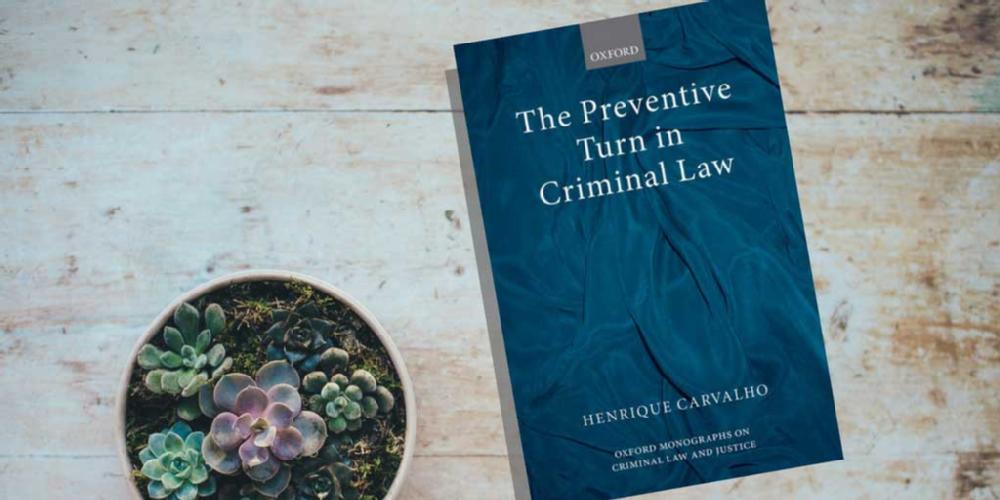 The book is part of the latest addition to the Oxford Monographs on Criminal Law and Justice published by OUP which aims to cover all aspects of criminal law and procedure including criminal evidence and encompassing both practical and theoretical works.

The general idea of a ‘preventive turn’ in criminal law revolves around a modern spate of new criminal offences that criminalise conduct that happens much earlier than the actual harm which they are trying to prevent. The main examples of these kinds of preventive criminal offences are terrorism offences, but Henrique’s book suggests that these offences have to be understood within the broader context of the role of criminal law and punishment in modernity.

Dr Carvalho’s book provides a critical analysis of the role that ideas such as punishment and prevention play in contemporary liberal societies, and reveals how recent transformations in criminal law and justice are embedded in the way liberal society and liberal law have been imagined, developed and conditioned.

Reviews have shone light on the crucial issues that the book tackles in contemporary criminal law and social and political theory.

Professor Lindsay Farmer of the University of Glasgow believes the book, “is an important and challenging interpretation of the so-called ‘preventative turn’ on criminal law.”

Dr Carvalho tells us of hearing the news of the shortlist, “I’m honoured that my book has been shortlisted for the Hart-SLSA Socio-Legal Theory and History, and very pleased that the ideas and discussions presented in the book were appreciated by the shortlisting panel”.

A preview of the book is accessible via books.google.co.uk and is available for purchase now from Oxford University Press.

The winner will be announced at the SLSA Annual Conference on 27-29 March 2018 at Bristol University.