It is striking that only self-movers are perceivers. I will argue that it is no coincidence. Although passivity on the part of the perceiver is an essential feature of perceptual experience, I aim to show that perceivers are not just passive receivers of information. The idea that perception is dependent on action has a long history in philosophy, but has barely been elaborated in detail. Aristotle can be read as arguing that only beings that are self-movers can perceive. Alva Noë goes farthest with the claim that perception is dependent on action. He writes: "What perception is ... is a kind of skillful bodily activity".1 I do not want to go as far. However, the connection I draw between perception and action is stronger than that perception is a means to action and action is a means to perception. No doubt our perceptions guide our actions and our actions facilitate us having perceptions of different objects. Action and perception are certainly related in such an instrumental manner. I aim to bring out, however, that the capacity to perceive is furthermore necessarily and intrinsically dependent on the capacity to act.

Two arguments will be considered for this thesis. In Part 1, I present a way of thinking about perception that will motivate what I will be arguing for in the rest of the paper and thereby will lay out what I will be taking for granted. In Part 2, I argue that the capacity to perceive objects in objective space involves practical knowledge of how one's perception changes as one's spatial relation to perceived objects changes. This could be called the sensorimotor knowledge argument. It is subject to a host of objections, but--as I bring out in Part 3--if one uncovers a more fundamental connection between action and perception that this argument depends on, the objections can be put to rest and what is attractive about the sensorimotor knowledge argument can be retained. In Part 3, I argue that the capacity to form sensorimotor knowledge is dependent on a perceiver being aware that she is the acting perceiving subject. The self-awareness in play is understood practically in the sense that a perceiver understands herself as occupying one location in space from which she both acts and perceives. This will be called the self-awareness argument.

Download all papers from the first Warwick conference here 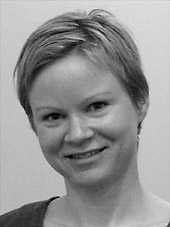