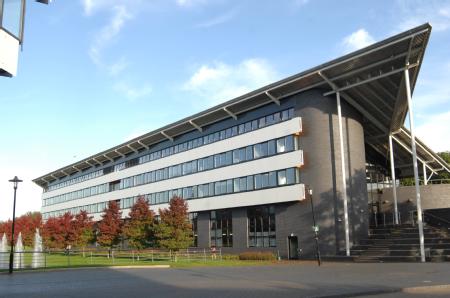 Autonomous vehicles will learn some of the swarming skills, as used by birds and insects, thanks to a new research programme involving WMG at University of Warwick.

WMG at the University of Warwick will receive just over half a million pounds from Innovate UK for its part in the £2m programme in which it will partner with autonomous pod manufacturer RDM Group, and Milton Keynes Council to create Swarm Intelligence for autonomous pods.

The concept is based on fusing together existing information from other autonomous vehicles to form a fleet of pods that allow each pod to locally decide the most appropriate action for the group as a whole – similar to how insects and birds currently behave.

This means that pods can highlight any unexpected behaviour to a supervisor, as well as enabling ‘platooning’, where vehicles follow each other when possible to minimise the number of individual vehicle movements. The technology also enables the system to automatically adapt its behaviour to meet the demand so that pods can be optimally distributed within a city to the areas where they are most likely requested.

Dr Stewart Birrell, Assistant Professor at WMG at the University of Warwick said,

“Here at WMG we are developing the SWARM algorithm and evaluating that the decisions made are robust and reliable, but equally as importantly accepted and trusted by passengers and other road users in this increasingly complex, shared space, pedestrianised road network that we have today.”

“SWARM will be developed over the next two years with a view to starting the three-month trial in April 2019. It will also utilise WMG’s ‘3xD simulator for Intelligent Vehicles’ that will allow multiple virtual pods to be simulated alongside pods operating in real time at two different test sites.”