At our third conversation club of the term we had an extremely positive session revolving around the theme of ‘food.’ It seemed that the reason for so much enthusiasm had arisen from the exchange of the participants sharing their traditional recipes and dishes with us. Whilst they learned how to translate ingredients and cooking instructions into English, we as volunteers also learned how to make them as a result! It was a productive session which had generally created a lot of discussion. During our usual feedback time, one participant (a chef) suggested that it would be a lovely idea if the participants could actually make all of the dishes we’d been discussing. If so, we as volunteers would get a chance to try them, and all of us a group could enjoy some time together bonding over a universal aspect of life- food!

As a result, the plan was put into motion and an end of term meal event was organised for the 27th of November. Held at the Grad Deck, on the university campus, some participants and volunteers arrived early to start cooking and preparation. Volunteers helped to host the event by offering some light refreshments until the meal was ready, and setting up some board games as activities for the afternoon. It was decided before hand that we would all pay three pounds each to cover the cost of ingredients (and make it affordable for everyone). Thanks to Warwick Volunteers for providing refreshments and a myriad of board games.

For the event itself, we were really pleased to see a large turnout of participants who had joined us throughout the term for various conversation club sessions. Organised at a weekend date, it seemed to be more accessible for many of them and some of their family members. In general, the afternoon had a wonderfully friendly atmosphere to it throughout. No more than a few minutes into the event, the participants were playing traditional music and dancing together. To note some particular highlights; some participants had brought their own musical instruments (which we’d had a little taster of during our conversation club on music!) but this time more had joined in with singing and clapping too. The informal nature of the event, as opposed to being skills based, also meant that we had a chance to learn more about our participants and their lives. It was particularly warming to see just how much the participants enjoyed being able to teach us about their culture too. And last but certainly not least, the meal prepared was truly brilliant! In actuality, the amount of food including Manakeesh, Kebbeh and Tabbouleh, made would have been enough to feed a large party. There were sweet options too such as Baklava and Madloka, and even many of the participants that weren’t cooking on the day had brought dishes from home prepared beforehand. Leftovers were shared with volunteers who made it to the last minute clearing and tidying up the space.

Overall, holding an event like this really reinforced the point that STAR is about so much more than helping participants with their language skills. It is about hosting a friendly environment in which they can feel comfortable and at ease, which is purely encouraging and not pressurising. Hopefully the event has also been something that the participants will mention to those they socialise with, possibly sparking an interest from others too.

As always, we had some great photographs taken to document the event. On this occasion it was also lovely to see the participants taking their own photos on their phones to show their family and friends too! 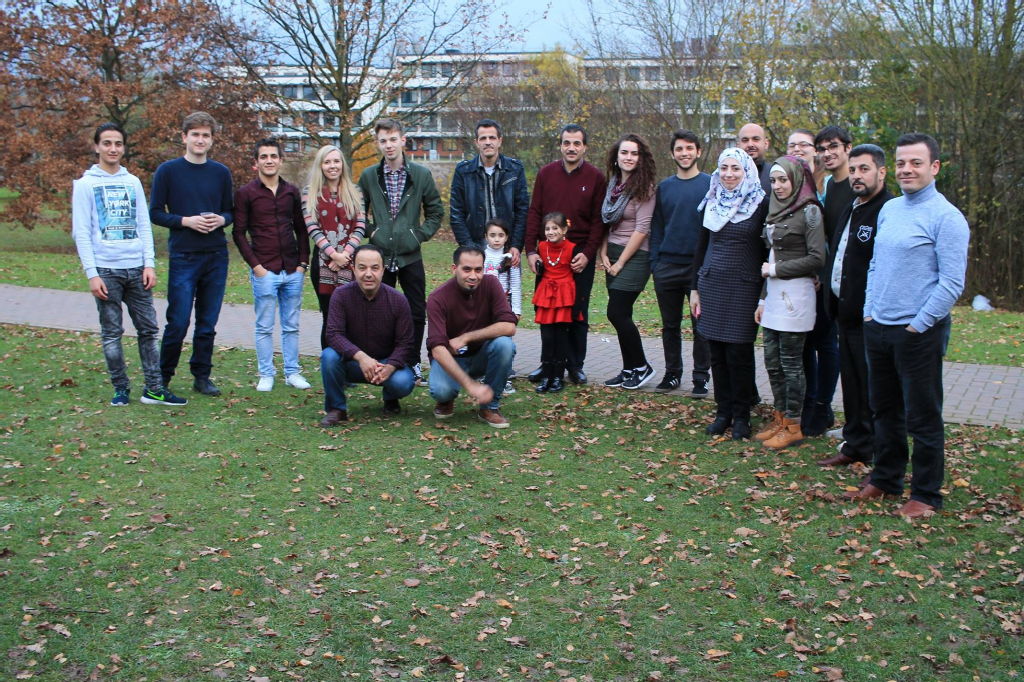