My first Conversation Club, what an experience. I had heard about STAR and their activities during Term 1 but was unable to volunteer until now, week 3 of Term 2. I’m so happy that I got to participate, because not only was I able to (hopefully!) help the participants out with their English, but I also gained a new perspective on life. It was my first time ever interacting and volunteering with refugees and migrants, and they made me realize how many things we take for granted, the simplest one being language. Let me tell you about a few of those enlightening moments.

The session started, and the first warm-up activity was introduced. Participants had to find adjectives to describe themselves starting with each letter of their first name. The lady next to me didn’t understand the instructions and looked at me, pointing to her paper with her name written on it. I tried explaining it to her in simple English terms, speaking slowly and using gestures, but she had a blank look on her face. I tried again, but it didn’t work. Another volunteer who spoke Arabic came by to help, and her face lit up. Of course I was thankful that she could receive the clarification she wanted, but I felt limited by my language ability, or rather lack thereof. I wanted to help her so badly, but I just couldn’t. Although the optimal aim of the session is to enable participants to speak, it seems crucial that we volunteers need to think of innovative ways to communicate with participants be it a shared language, drawing, gestures, etc. 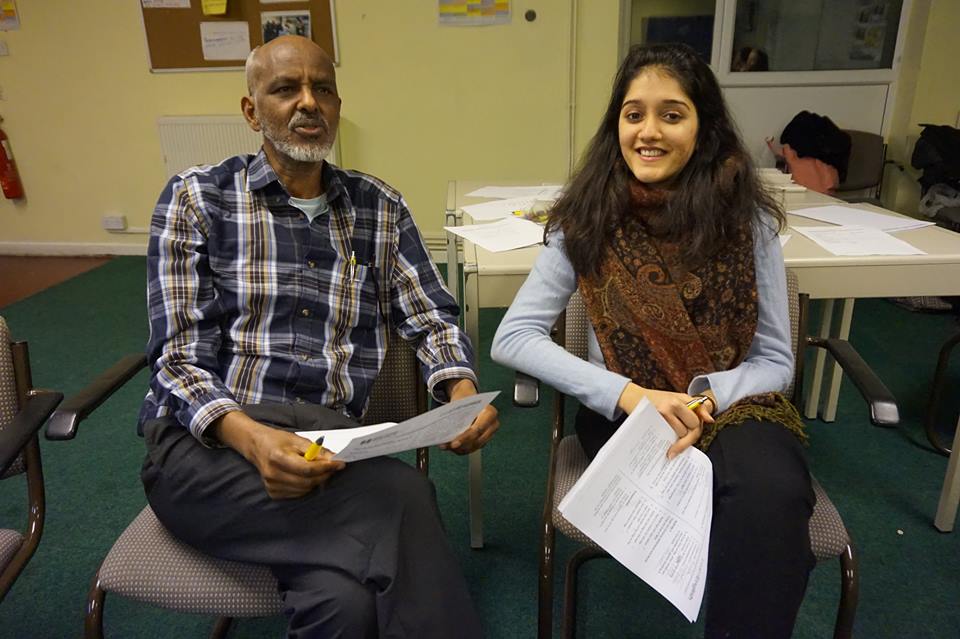 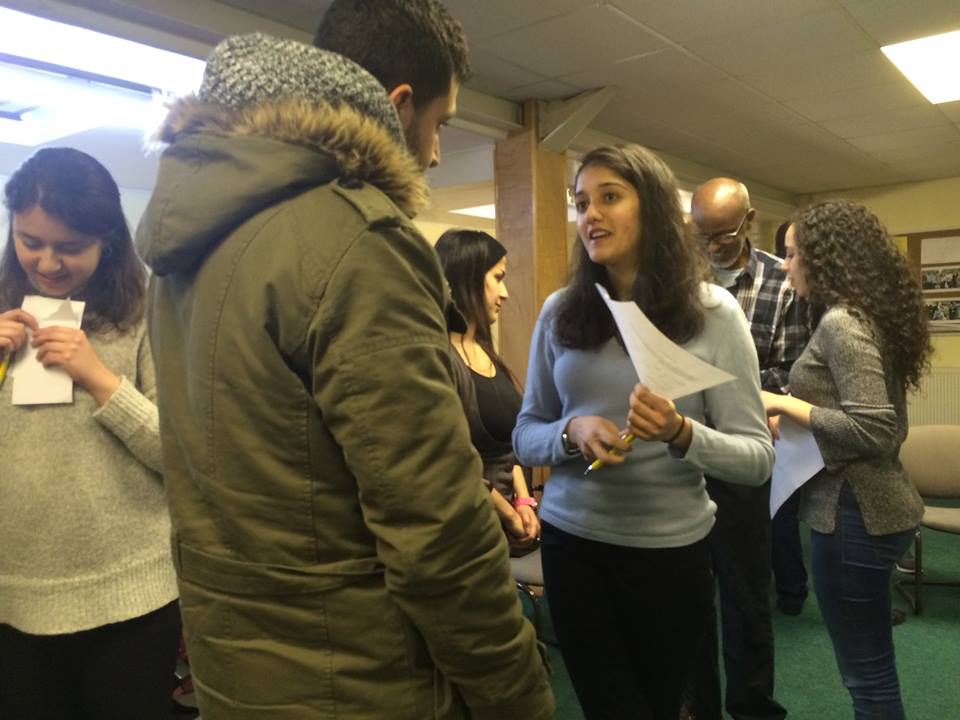 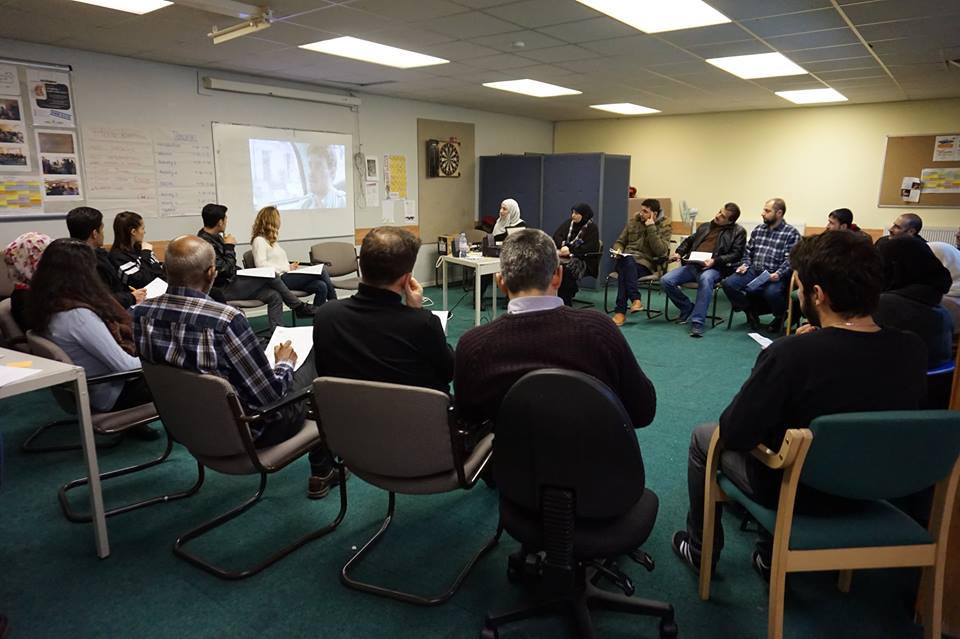 As the session continued, we had another exercise, which involved everyone walking around the room and asking each other questions. That’s when I met one of the most enthusiastic participants there. He told me he had just arrived in Coventry a few days ago, and he was so excited as he shared that with me. This was his first Conversation Club. At the end of the session, he expressed his gratitude towards us for having such sessions because he could practice his English and also meet new people and make new friends. Again, he still had a big smile on his face. His smile is surely contagious.

Before dispersing, participants got the opportunity to share their opinion on the session with us to help us improve future sessions. One of the first participants to speak up first said that he found the session difficult, as he was unable to understand everything. He then went on to thank us for the session. You could see that he wanted to say so much more, but he was struggling with the language. He paused quite often as he searched for the English words and after a short silence, he simply said thank you again with a smile and ended his comment. It was heartwarming for me to see and feel the extent of his gratitude without him even needing to say much.

All this made me think. Just as I struggled with the first lady because she couldn’t understand what I was trying to tell her no matter how much I tried, our Conversation Club participants and other refugees and migrants likely face such scenarios on a daily basis. But they can remain positive, as the second guy taught me. Eager. Grateful. Resilient. Determined. Thank you STAR for giving them this opportunity! 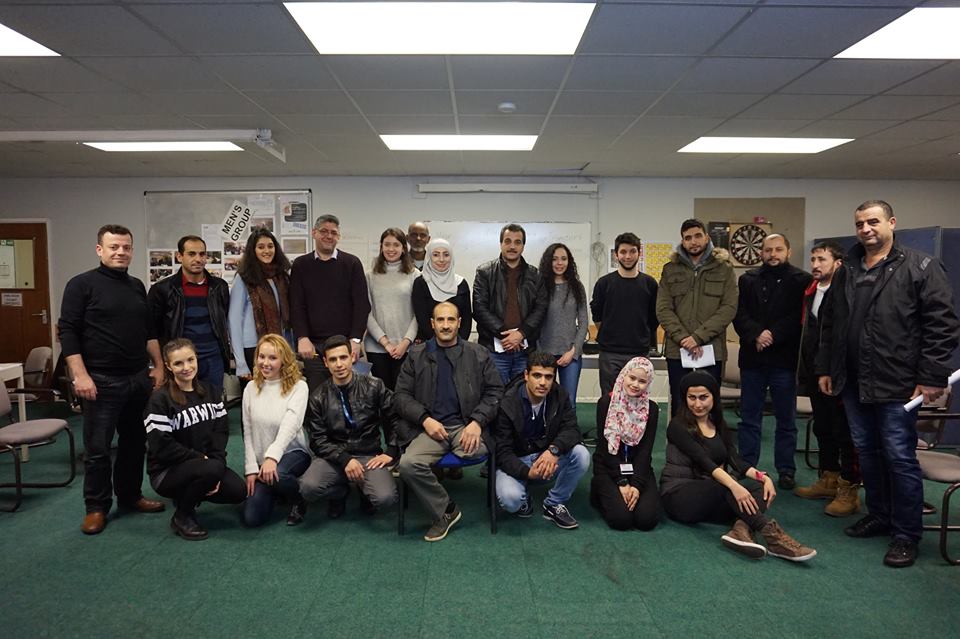