My current research focuses on the formation of the modern and postmodern subject since the seventeenth century at the intersection of science and medicine, politics and economy. The role of biopower or biopolitics, as understood by Michel Foucault as the processes by which 'life' emerges as the center of political strategies, is a key analytical tool to both of my projects.

The first one, The Birth of Biopower in 18th-Century Germany, investigates the slow unfolding of a multitude of biopower/biopolitical strategies and technologies since the late seventeenth century in the German-speaking lands. My project, which focusses on one of the most powerful German states at the time, the Electorate of Bavaria, takes a micro-historical approach to several 'biopolitical projects’, designed and overseen by governmental officials and/or private entrepreneurs. Such projects targetted the reorganization of country's reproductive and military medicine, the draining and cultivation of large areas of fenland for colonization and agricultural production, the experimentation with and introduction of new agricultural technologies and products, and large-scale nutritional experimentation with new food stuff (notably the potato). the overal aim was the linking of the health and well-being of individuals and entire populations with territorial systems for economic and political security of the country. These activities were rhetorically situated within the enlightened vision of a prosperous society in which individual economic gain and efficiency was pursued for the ‘common good’ of the nation. The project argues that by inciting, controlling, monitoring and optimizing the individual, the population, and the territory’s natural resources, these projects successfully seeded the implementation of new technologies and strategies that ultimately became fundamental to the governance of individuals and population of the modern liberal nation state during the 19th century. Indeed, these biopolitical strategies 'born' in the 'long eighteenth century' are still very much with us, fuelling the national and global political logic and governmental practice of today’s neoliberal states.

Although my main interest continues to be the world of early modern medicine and science, politics and economy, my strong interest in the history of biopower also drives my second project which takes me right into the twentieth century. Here, I focus on the how visual and material culture shapes these biopolitical agenda. Jointly written with Roger Cooter, The Spectacle of Hygiene: Capitalism, Visual Culture and Medicine in Britain and Germany, 1880s-1930s, investigates the close relationship between the rise of modern liberal governmental practices, forms of capitalism and the rise of modern science and medicine. Focussing on late nineteen- and early twentieth-century health and hygiene exhibitions and the budding advertisement industry around individual health and hygiene, we argue, that in order to understand why people began to take care of their bodies, and why physical fitness and productivity became so central to Western societies, we need to link the hygienic discourses firmly to the logics and practices of free market capitalism and Western conception of the individual in (neo)liberalism. Particularly around the turn of the 20th century, we claim, these discourses differed greatly in Germany and Britain due to fundamentally different understandings around the question of human nature.

My interest in the history and strategie of medicine, biopower and its relationship to socioeconomic rights are further explored in a Leverhulme Trust-funded International Network titled 'Rights, Duties and the Politics of Obligation: Socioeconomic Rights in History' (2015-2018) which I am co-directing with my colleague Dr Charles Walton. Network partner institutions include Harvard University, Sciences Po (Paris), the Wissenschaftszentrum Berlin fuer Sozialforschung (WZB), the Leibniz Institute, and the University of Lausanne. 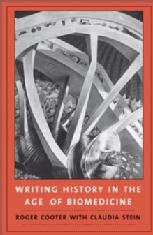 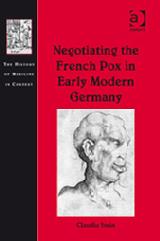