Do you have a news story to share? Email SCAPVCEvents@warwick.ac.uk

Where Is My Desire?- By Chantal Wright

Translators [are] the jazz musicians of the literary world. They are there because they love the music and because they like playing together and improvising.

You're warmly invited to a Q&A with one of the department's alumni, Jonny Geller, one of the most distinguished literary agents working today. He's represented writers from Nigella Lawson and Robert Person, to John le Carré and Margaret Atwood, Russell Brand to Gordon Brown. He did the equivlanet of our English Literature degree in the department before becoming an actor and going on to work in publishing.

Free to attend – but please RSVP to L.Brydon@warwick.ac.uk

If you would like some work reviewed please email L.brydon@Warwick.ac.uk with the subject 'Toby FH Masterclass' in the subject heading.

Event: The 2019 Warwick Prize for Women in Translation - The Shard, London 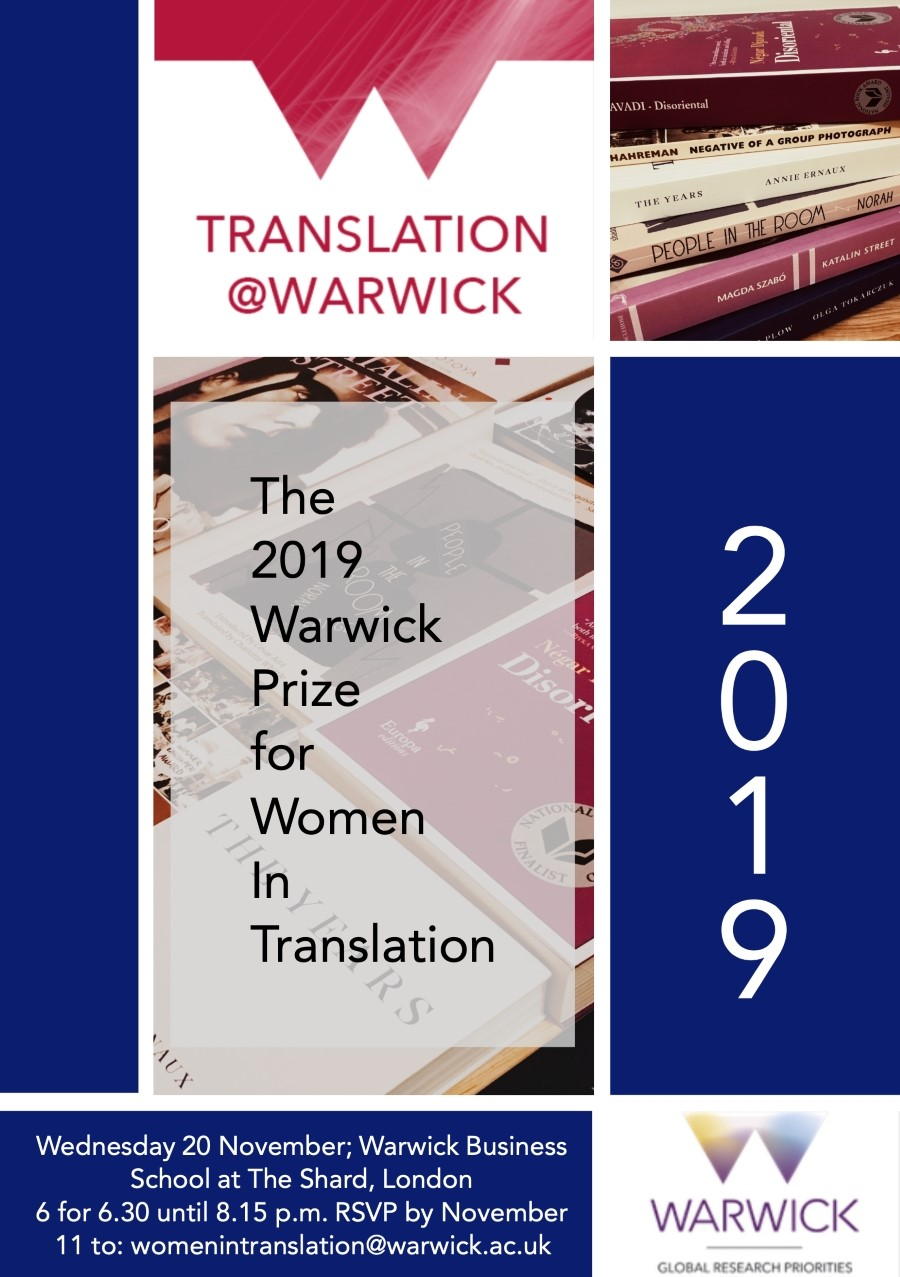 “The substantial increase in the number of entries received for this year’s competition shows that the publishing industry is gradually beginning to respond to initiatives such as the Warwick Prize for Women in Translation, which is part of a much wider activist movement driven by a commitment from individuals such as Meytal Radzinski, who started Women in Translation Month (#WITMonth), and from independent publishers such as And Other Stories, who boldly took up Kamila Shamsie’s call to make 2018 a Year of Publishing Women.

“The work of the literary translation community in the UK and Ireland is vital to the cause of women in translation, and to the visibility of international literature in these insular times.”