This Cyclability project is built on the simple idea of how do we get more students cycling to and from the University. Why is it that more people don't cycle to University and what can be done to address this? I as a fourth year student have always cycled to and from the University, and have realised its benefits in both ease of commute and physical and mental well being. Yet, I have routinely felt unsafe on my bicycle and I have been going to school by bicycle for a long time. The photo below is an example of how critical routes for bicycles are disregarded for other infrastructure: the route in was quickly made un-usable by week long building works to install fibre optics, despite this being the only convenient way to cross the railway bridge!

On the 9th of June I was able to attend the UK's first conference on 'micromobility', which now include electric assisted bikes, electric scooters and electric mopeds. The key hinderance to micromobility is not infrastructure but legislation, since there is currently no legal framework or safety regulations to facitiliate public adoption of innovative vehicles. The conference also highlighted to me the importance of inclusivity in three areas: Mobility Justice for the disabled, micromobility safety for women, and the fact that electric vehicles are used by diverse ethnicities! Along with infrastructure and vehicle development, these areas of inclusivity must be taken into account since micromobility can help everyone! I also had some great fun on demo vehicles!

Car usage is damaging for the local environment, with increased congestion and emissions for residents. Cars then contribute to overall greenhouse gas emissions on a global scale. 70% of commutes done in Coventry are by car, and 80% of motorists to the University campus drive themselves!

A major dilemma is faced: the area in which most students currently cycle from, Canley, is not where the University needs more people to cycle from! This is an important consideration to remember, in that we will focus on cycling into Coventry but it needs to act as a model for the wider area as a whole.

The project will be started by qualitative research into Coventry’s cycling history. Coventry was the birth place of the modern bicycle design (the Rover Safety Bicycle), with previous communities in the early twentieth century cycling around the city rather than driving. Historical analysis will not only ground the project but will allow us to envision how cycling infrastructure could look like, with a return to motor-less communities. Indeed the MRC digitised archive features ‘Freedom on Two Wheels’ showing how bicycles gave more socio- economic freedom (and consequently suffrage!) to women in the early twentieth century. For example, bicycles gave women the reason to wear trousers, which caused up roar in a society that saw trousers as for men only. This historical reflection is important because it dispels the myth that cycling has always been the preserve of men, or today jokingly ‘Middle Aged Men In Lycra’.

Research has shown that expanding a road network, rather than relieving congestion, actually leads to more cars on the road! Hence, if we build more cycling infastructure for cyclists, there will be more cycling and modal shift (a transition in transport) will occur! I will then conduct research into what has been done in other countries, and apply this onto the route into Coventry from Campus. Instead of aggravating motorists, why can't we convert underused pavements into cycle lanes? Or build stunning new cycle highways that transcend over motorways. The example below is a cycling snake in Denmark - imagine if these were built over dangerous motorways in Coventry, giving cycling as the green transport the priority that it deserves! 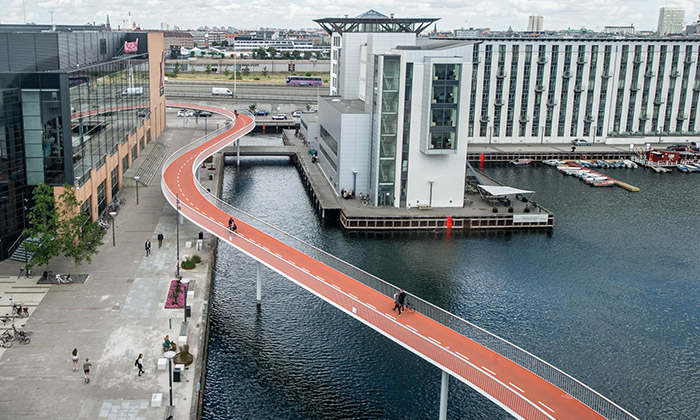 The University of Warwick is blessed with an archive that is largely unexplored by historians and researchers (then again the University also houses BP's archive)! I made the schoolboy error of trying to look at too much in one session, but it was still very informative

The Milestone (NCA/1/37/1/1) was the official organ of the Coventry cycling club, first being published in 1938 as a beloved 'Club rag' to appeal to 'members and non-members alike' (Vol1 1938, MRC). The November 1948 edition featured a poem called 'Knights of the Road' with cyclists having 'steel steeds on which they glide' (No. 104 November 1948). Today, we want to change the notion that cycling should not be like riding into battle against motorists, but is actually the easiest alternative!

A 1946 pamphlet called The Art of Easy Cycling (MSS.328/C/4/5/69) calls the push bike 'The Vehicle Marvelous' being the 'great amancipator of the populace' bringing 'towns and villages closer together'. The pamphlet is ironic in its descriptions of women cycling: female cyclists have been freeded from 'Victorianism', but have 'invaded' the pastime for the principal 'happiness of the male persuasion'. I will look back futher at female suffragete cycling magazines to dispell sexist notions, and instead forward the overal positive message of this 1946 pamphlet: 'You cannot ride a bicycle regularly and consistently without being a better, and healthier individual' (p. 21).

Damien Kimberly is a research officer at the fantastic Coventry Transport Museum! In this history book, Kimberly shows how the invention of the Rover Safety Bike in 1885 was part of Coventry's manufacturing progression. By the 1920s the motor industry had supplanted the bicycle industry, with this evolving to aircraft in the interwar period. Some of the bicycle stores Kimberly listed are still open, such as Albany Cycle Stores.

One of these was on Cycling and air pollution: 5 European cities have realised the principal benefit that increasing the modal split of cycling decreases that of cars, and consequently that of harmful pollutants!

The five cities included: Antwerp, London, Nantes, Seville and Thessalonica. All had varying responses in how much they used both push and pull factors eg. London has had a 100% increase in cycle journeys since 2000, initially through congestion zone charging, then cycle hires and finally a recent increase in cycle lanes.

Cycling needs to a be part of plans to tackle air pollution!

'The Impact of Bicycling Facilities on Commute Mode Share'

Frank Douma and Fay Cleavland from the University of Minnesota (2008) researched whether the idea 'if you build it, they will come' works for cycle infrastructure.

Cycle modal shift increased in Austin, Chicago and Colorado Springs because new bike routes were introduced for short commute trips and intersected with that cities CBD. Even in Colorado Springs, there was only one cycle trail, but it traversed the city and was next to the centre.

In Salt Lake City, Madison and Orlando, cycle modal shift decreased because the routes were not connected and were built in areas of higher income residents who mainly used cars. Furthermore in Salt Lake City there was little public awareness for the new infrastructure due to the Olympic games (unlike in Chicago where a Bike to work week was introduced!)

'Build it and they will come' is not universally applicable. 1) facilities need to be located along usable commuting routes 2) routes need to have a holistic network connectivity and must have commuting in mind 3) publicity and promotion are key!

Another interesting recommendation was that on-road routes are more accessible, despite their safety concerns, because they are easier to build along commute routes (whereas off road require a great deal of space)