Dr Dave Morris. Dave was originally a PhD student in the group who completed successfully in 2000. After a year in New Zealand, working with Professor M. Brimble, he came back to do a postdoc in asymmetric phosphine synthesis Sponsored by Rhodia. July 2002 -June 2004 . From 2004-2007 he was a research fellow sponsored by EPSRC, working on asymmetric transfer hydrogenation. Also sponsored by EPSRC, from 2007-2011, he was working on catalyst design and synthesis hydrogen generation using organometallic catalysts. 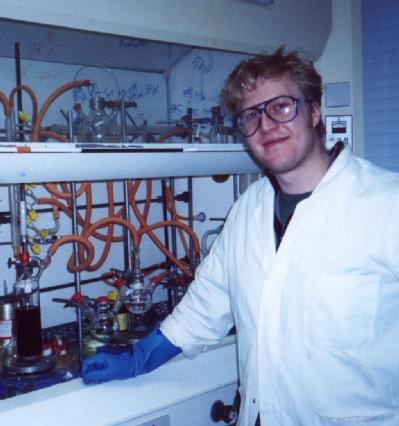 In April 2011, he left to take up a position as chief scientist in a startup company in Ireland.