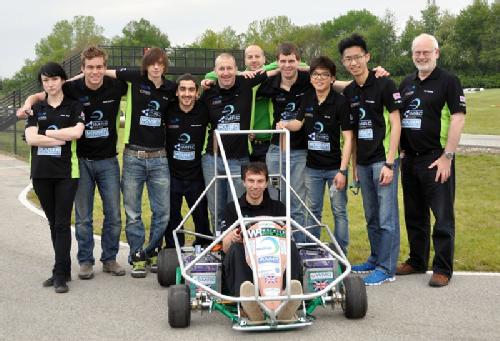 So, this was the big day!
48 hours after our kart arrived at Purdue, it made its first-ever debut on the GrandPrix Track in the 2012 Purdue EVGP event before getting any chance of proper testing. 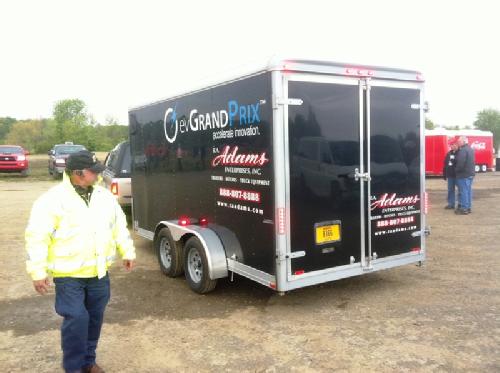 Being one of the earliest teams arriving at the track in the freezing weather before 8am, our kart was soon ready for a detailed scrutineering to ensure everything is within the rules and regulations. 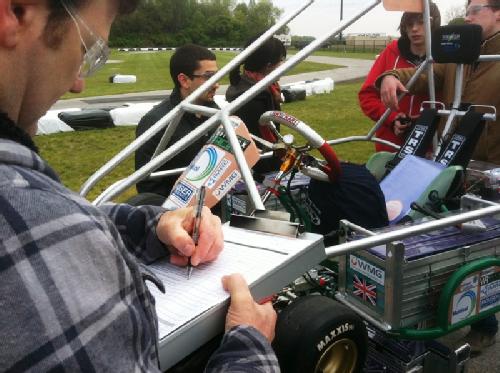 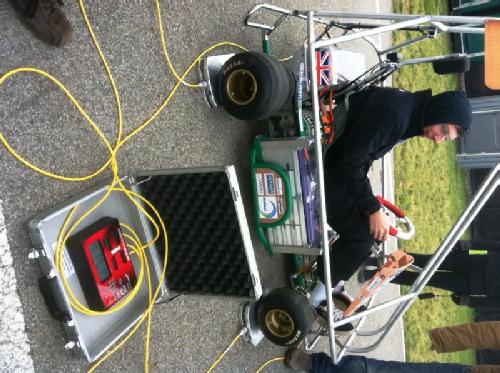 With all the teams ready in their pits, the karts were lined up for the start of the race at 11am... 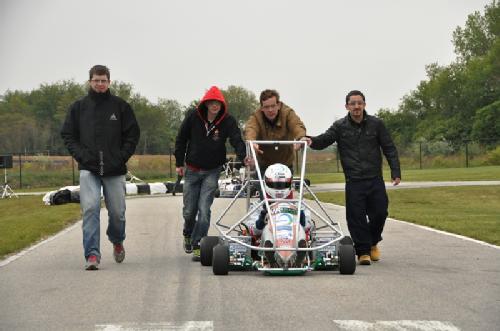 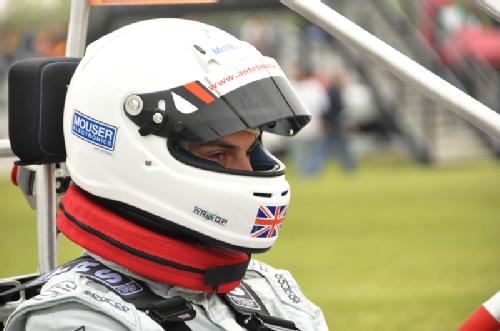 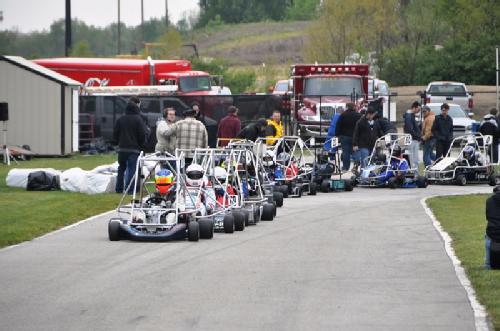 Two laps of warming up and the long-awaited race began. Here we come for 100 laps! 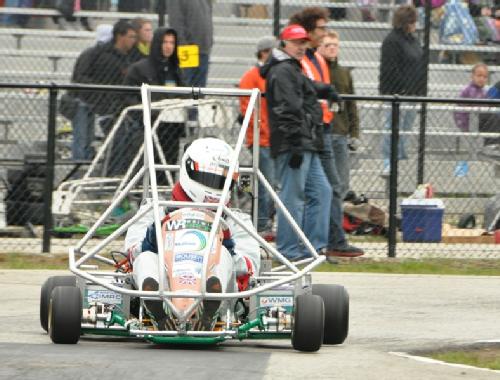 Uh Oh! Not too long after the start, we got some technical difficulties with our kart. Intermittent power cut out due to an issue with the speed controller.

Stopping here and there we urgently made three quick stops into the pits to reprogram the controller in an attempt to fix the problem, spending a total of 7 or so serious minutes there.

We were eventually 7 laps behind the front-runner staying in the last place, but it was definitely not over yet. Tom seemed to have found a way to drive around the issue and soon we were floating pass other karts again to bring us back into the game.

A while later on Lap 38, another major incident occured at the first corner of the track. With 5 karts collided and spinned around facing the wrong direction blocking the way, Tom decided to put safety as first priority and drove past them by going onto the grass. 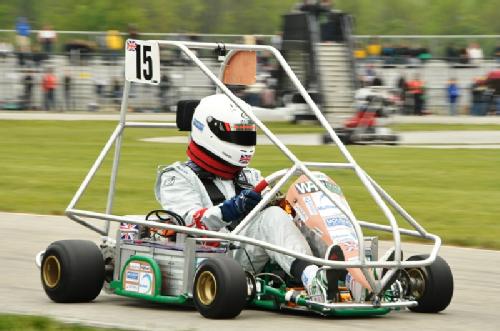 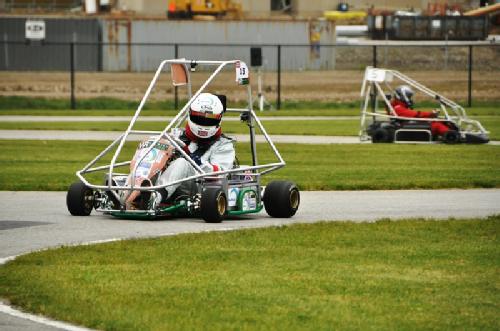 After 53 laps, it's time for a battery change. With a well-designed quick-release battery crates and sufficient practice beforehand, it only took us about 20 seconds to complete this critical pit stop, giving us another significant advantage over most of the other teams.

Going on and on... steady and easy...
Yellow flags for a few times with some other events on the track, including someone setting their batteries on fire... 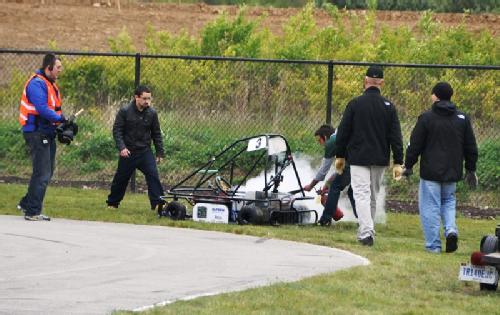 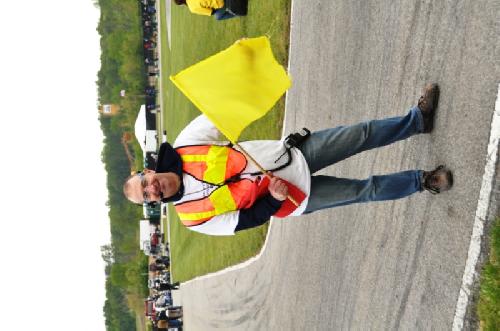 Only a couple more laps to go, Tom secured the 2nd spot fairly easily, and got into the leader lap straight behind Kart #17 from EVC on Lap 97. Such a nail-biter and lots of audiences were cheering for Tom! 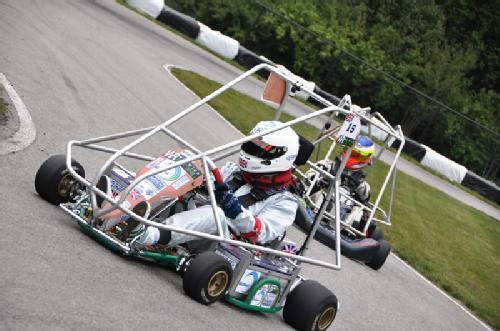 Finish! Kart #17 went past the finish line and we were just 7 seconds behind, the only other kart in the leader lap. 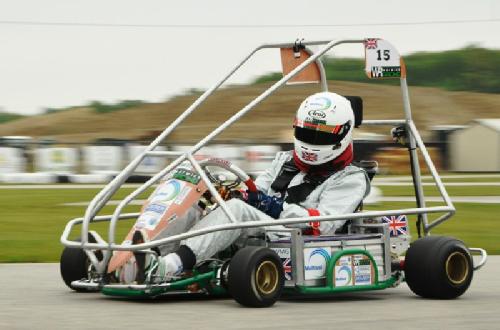 However, this is not the final official result yet. Several protests were filed against the winning kart regarding its specification and their pit crew went into the track to fix their kart in an occasion. We'll see how it goes and results should be expected by Tuesday.

Remember the depressing and frustrating moment when we were once down by 7 laps and the kart was cutting out? We couldn't believe we've came all the way back with such a promising result. 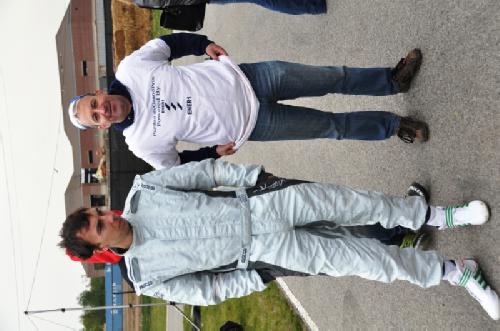 Pleased and relived regardless of the final result. It definitely worth a year of effort! Top job team! 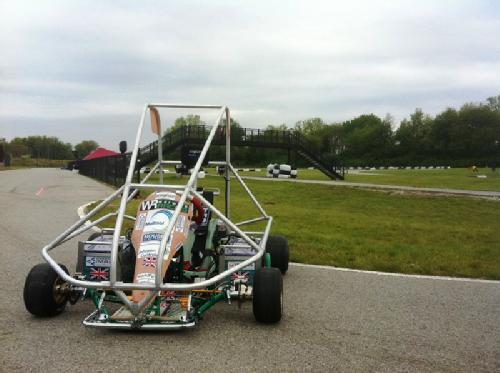 Special thanks again to all our supporters and sponsors for making this happen! Without you this would not be possible!

A visit to the Lafayette Brewing Company for some celebration and relaxation in the evening after a whole week of hard work!

Next week, we will get our hands dirty again on some proper dyno testing to ensure the full potential of our kart could be realized in the Indy event two weeks later. Stay tuned!