It was our big day.
It was another early start.
It was only 5:45am in the morning when Tom appeared with his cup of coffee... 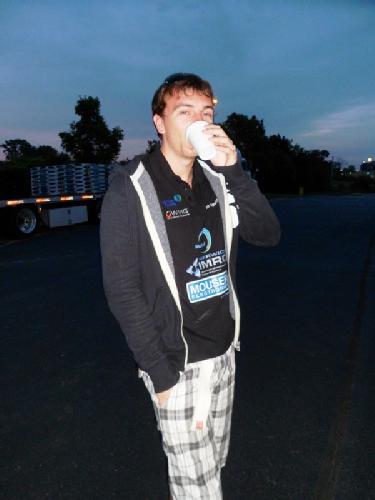 We were back at the track at 7am. It was still so calm and peaceful before the exciting event starts. 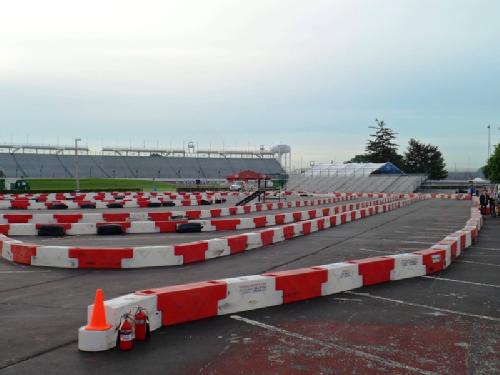 After picking up our stuff from storage, we set up our tent to keep everyone in the team, together with the kart and most importantly the batteries, cool and away from direct sunshine. 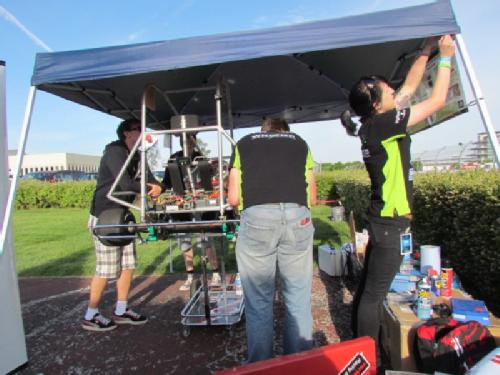 With Ben working on the kart, the rest of the team helped hanging up the presentation posters. Eventually, without a doubt, the design review went as smooth as silk. The outreach review up next was even better. 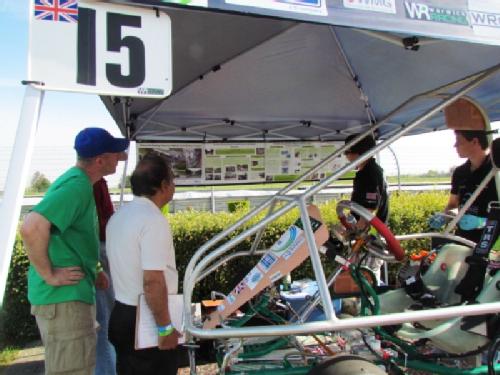 These reviews together with the qualification position determines the final grid position to start the race. So all we could do at this moment was to wait for all other teams to go through their reviews, and to keep our fingers crossed...

While waiting, we went to visit the Indy garages to meet the Baracuda Team after Tom spoke with their owner yesterday. 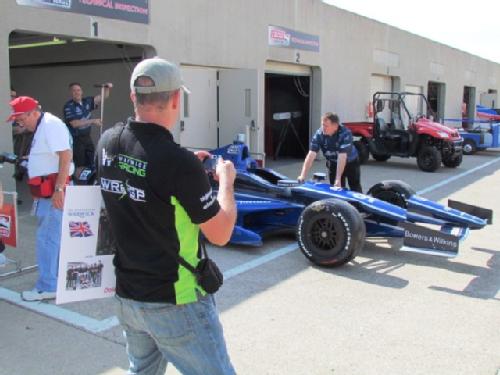 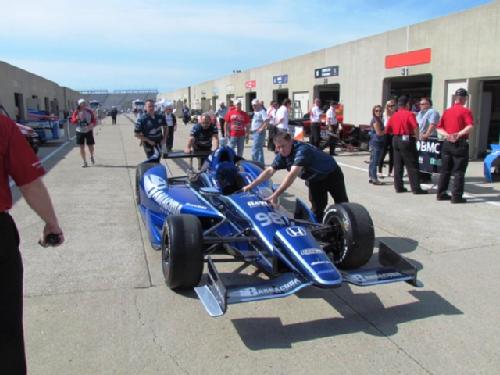 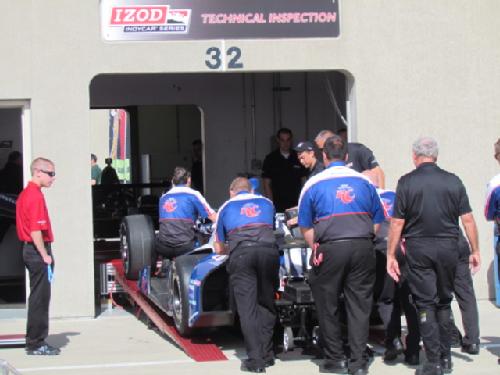 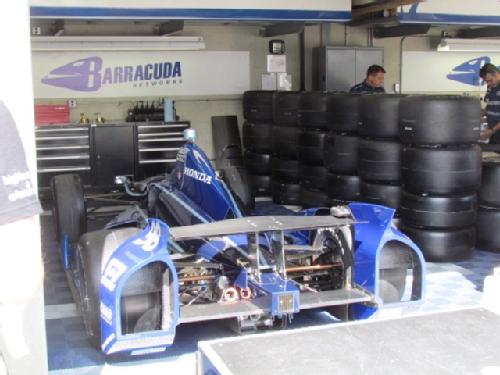 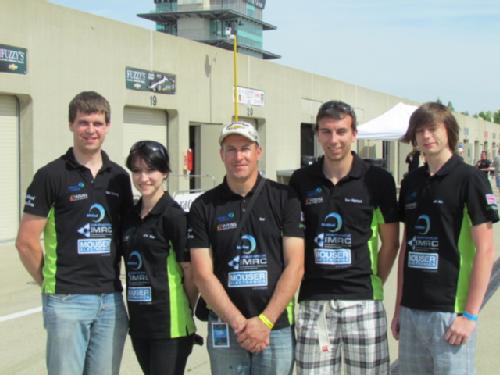 Dan Wheldon drove for them at some point so we showed them our tribute poster with a group picture of Dan and last year's Warwick team. The poster proudly stayed in our pit area for the entire day afterwards. 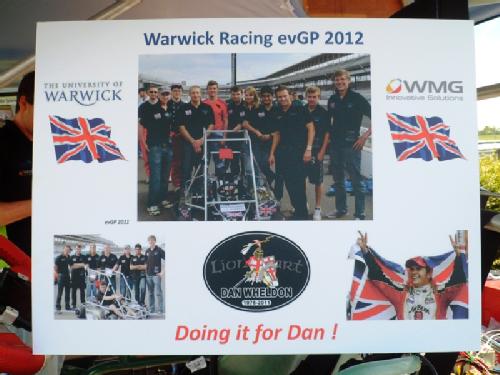 Back at the track, while we were doing some final preparations for the race, an official annoucement came through that it was decided not to run black boxes during the race due to reliability issues.

Our pits had a lot of interest and were visited by fellow rival teams and other visitors including Indianapolis Motor Speedway PR representative and Electric Motorsport representative. Obviously we had got quite a lot of attention.

Finally, they announced the official grid positions for the race:

There were a total of 20 karts entered in the race. Since some of them were not prepared for the design and outreach reviews or had not got any qualifying times, they were lined up at the back of the grid. Jon's Warwick-Purdue kart was one of them and he was 9th on the grid.

With everything in place, the start was almost here. The grand stand was filling up with audiences... 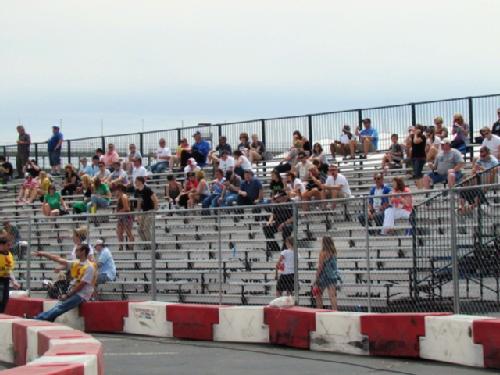 All the crew chiefs and drivers gathered for a briefing meeting... 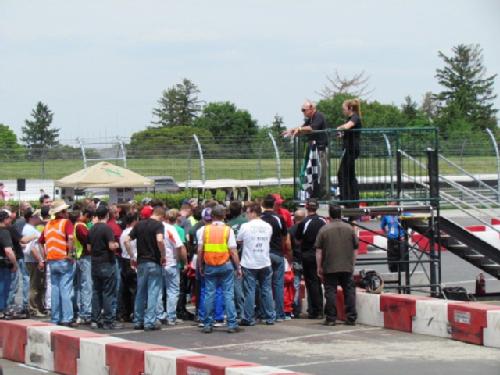 One more final check for our kart... 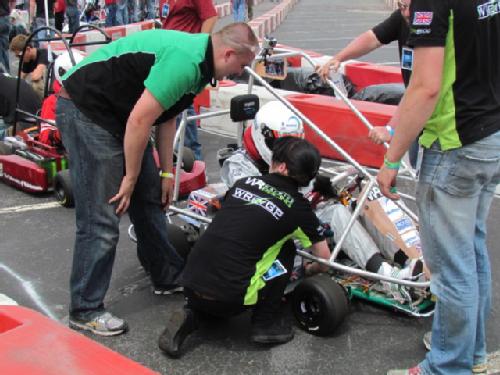 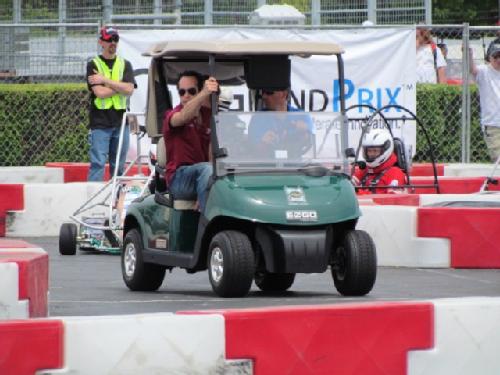 And with the green flag being waved by the Mayor of Indianapolis, Greg Ballard, the race finally began! 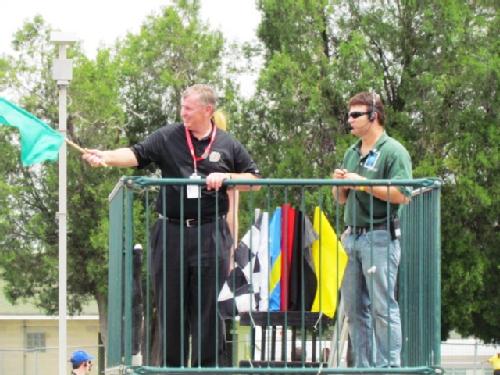 So what's next in the race? Stay tuned...
I could promise it's definitely another dramatic and emotional finish!!