David started his academic studies at the University of Manchester, Institute of Science and Technology (1999 - 2004), gaining a BSc with honours in Physics (upper second class). His finial year specialisations based around theoretical physics with a project entitled Quantum Mechanical Scattering in a one dimensional, time-dependent, potential

Having taken two years out of academia to work in Keswick in the Lake District to think about existence, David then joined the Electrical Engineering and Electronics department at the University of Liverpool (2006 - 2011). Studying for an MSc in Micro and Nanotechnology with specialisation in quantum control, David undertook two projects; a year long project investigating Quantum Kalman Filter and quantum error correction (MSc (ENG) - distinction), then a four year project entitled Quantum Measurement and Control in Solid State Devices and Ion Channels (PhD - not awarded). The latter of these investigated the role of quantum mechanics in cooperative transport through biological ion channels, using Monte Carlo methods with a stochastic quantum master equation.

David pursued and was accepted for a lecturing post in the department of Computer Science at the University of Bedfordshire (2011 - 2013), lecturing in the theoretical and mathematical side of Computer Science, including Robotics, Number Theory, Logic, Discrete Mathematics, Matrix Calculations.

Realising a lost passion of science, David pursued a research career, again in theoretical science, and was accepted to a research position as a Ph.D student of the iMR-CDT programme, based in the department of Chemistry at the University of Southampton (2013 - present). His area of research is now in Optimal control of Quantum Systems, under the supervision of Prof. Ilya Kuprov. 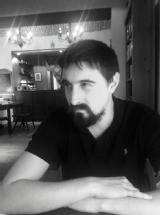