At the beginning of each academic year, we hold a Warwick Question Time event with the aim to give students as well as staff the opportunity to watch exciting panelists discuss a range of issues. The event is very similar in format to the popular BBC television show, will form part of our induction activities for economics students to start the new academic year in style and is an excellent opportunity for students to engage with politicians, policy makers and academics on major issues and questions that concern the world. This year's event will be hosted by PAIS and Economics and will focus on this year's hot topic 'Brexit'.

Registration for this event is compulsory, visit the website to book your place. The Right Honourable Hazel Blears
Hazel was a member of Parliament for Salford for 18 years and held various roles including Health Minister, Police and Counter Terrorism Minister and Secretary of State for Communities and Local Government. More recently she was a member of the Intelligence and Security Committee. Suzanne Evans
Suzanne was a board member of Vote Leave, the organisation running the successful referendum campaign to leave the European Union. Suzanne was also a founder member of Women for Britain, which made the feminist case to leave the EU. As UKIP Parliamentary Spokesperson, she appears regularly on television and radio programmes such as Question Time, Daily Politics, Newsnight, and Any Questions. She authored UKIP's acclaimed 2015 General Election manifesto, and was a Councillor in the London Borough of Merton from 2010-2014. 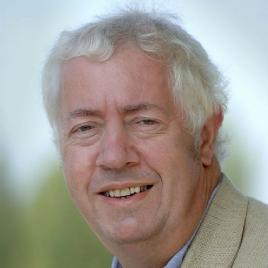 Wyn Grant
Wyn is a graduate of the Universities of Leicester, Stratclyde and Exeter. He joined the department of Politics and International Studies in 1971 and was the chair of department in 1990 to 1997. He has worked closely on projects with the Department of Life Sciences and was presented with the Diamond Jubilee Lifetime Achievement award of the Political Studies Association of the UK at their awards ceremony in 2010. In 2011, he was elected an Academician of the Academy of Social Sciences and was the Vice-President for Europe and Africa International Political Science Association in 2012. For the past five years, Wyn has been principally involved with Biological Scientists. Dennis Novy
Dennis is an Associate Professor of Economics at the University of Warwick and a Research Fellow at the Centre for Economic Policy Research (CEPR). He is also an Associate at the Centre for Economic Performance (CEP) at the London School of Economics and was the Specialist Adviser to the House of Lords on the Transatlantic Trade and Investment Partnership (TTIP), 2013/14 and has made a number of appearances on various television and radio programmes. His research is on international trade and international economics. Twitter: @DennisNovy Shirin Rai
Shirin is a Professor in the Department of Politics and International Studies; she was elected as Fellow of Academy of Social Sciences in 2010. She is also the co-lead of Warwick's Global Research Priority Programme on the International Development. Shirin has written extensively on issues of gender, governance and development in journals such as Signs, International Feminist Journal of Politics Studies and Hypatia. She has consulted with the UN's Division for the Advancement of Women and UNDP and is founding member of the South Asia Network on Gender, Law and Governance and was the Director of the Leverhulme Trust Programme on Gendered Ceremony and Ritual in Parliament (2007-2011).

Find out more at; warwick/economics/questiontime