Supermarkets still engaging in misleading pricing behaviour to some extent

Yesterday, a Competition and Market Authority’s (CMA) report on pricing practices in the grocery market detailed evidence that supermarkets are misleading customers with confusing pricing promotions.

After a three-month study, the CMA found some examples that "could be in breach of consumer law" and although there was found to be an evidence of misleading pricing, the report found that it did not appear to be widespread and retailers were generally taking compliance seriously.

Professor Mike Waterson, whose research interests include competition policy and consumer behaviour, said that the report was equally surprising and unsurprising.

It is surprising because, despite the raft of legislation, grocery codes and pricing codes generally, supermarkets still engage in misleading pricing behaviour to some extent.

It is unsurprising because, in their efforts to attract shoppers to their particular store, supermarkets have engaged in a range of more or less misleading, or at least confusing, practices in the past.

When asked what the CMA are doing about this, Professor Waterson said that:

The CMA plans a range of measures, none of them draconian, to improve the extent to which supermarkets comply with the various codes. Actual breaches of consumer law are rare, but have on some occasions led to prosecution. But there is a general problem here; writing specific things into a code is likely to lead to other similar practices that do not break the code.

As in other areas, it is largely up to shoppers to consider, not whether a supposed reduction in price is large, but whether the current price appears good value to them." 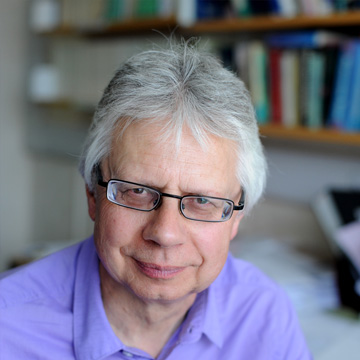 Mike Waterson is a Professor of Economics at the University of Warwick and an expert on competition policy. His research interests also includes consumer behaviour and industrial Economics.