World War I: Why the Allies won

In the massive circumstances of total war, economic factors play the deciding role. Historians emphasise size in explaining the outcome of WWI, but this column argues that quality mattered as well as quantity. Developed countries mobilised resources in disproportion to their economic size – the level of development acted as a multiplier. With their large peasant sectors, the Central Powers could not maintain agricultural output as wartime mobilisation redirected resources from farming. The resulting urban famine undermined the supply chain behind the war effort. 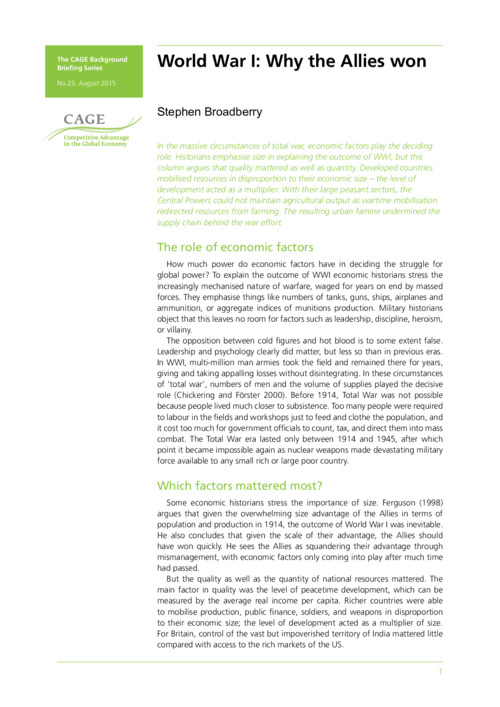