A rich literature has emerged aiming to make sense of the causes behind the Brexit vote, but it has mainly been descriptive. This column uses regional-level data on spending and voting behaviour, as well as individual-level survey data, to argue that the austerity policies in place in the UK since 2010 were an important contributing factor to the vote to Leave. Estimates suggest that the close-run referendum could have resulted in a victory for Remain had it not been for austerity. 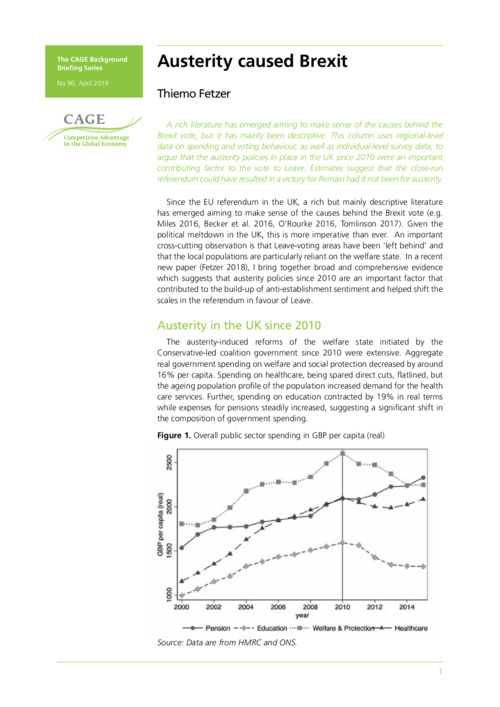