The impact of postgraduate qualifications on employment prospects by Erika Kispeter 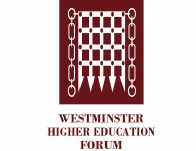 The conference explored how university careers services, employers and policy makers should prepare students for employment in the UK in the wake of the Covid-19 pandemic, bringing together perspectives from researchers, leading careers services professionals and representatives of student organisations.

Erika’s presentation described Futuretrack participants’ engagement in postgraduate study and contrasted the current labour market position of participants who have completed further formal qualifications with those who have not done further study since graduation. Questions and comments from the audience and fellow presenters highlighted the value of the unique evidence that Futuretrack can provide about longer term graduate career outcomes.

Last week of Futuretrack survey – have you done it?

We are now in the last week of the survey, so if you haven’t yet taken part, we invite you to do so NOW, before it is too late! You could win one of our cash prizes, but more importantly, you will be contributing to building a full picture of the labour market and a deeper understanding of the relationship between higher education and employment.

We’ve had an impressive response rate so far, but we want to be as representative as possible. Please pass this message on to anyone you know who is eligible to take the survey – remember, it is open to all who applied to full-time higher education through UCAS in the academic year 2005/06.

Remember, you can find us on Facebook, Twitter and LinkedIn for up-to-date news and discussions about the issues that matter to you. 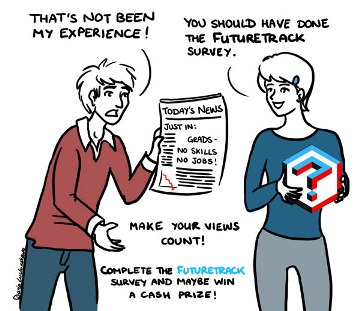 The working paper on Skills Development and Perceptions from the Futuretrack project is now up online! This paper looks at final year undergraduate students’ perceptions of the skills they have to offer and the skills they think are sought by employers.

In particular, the issues discussed are:

• The majority of final year students rated their skills as at least adequate in all areas and most were confident of their skills and knowledge.

• Between 80 and 90 per cent of students reported that their research skills, specialist knowledge, critical analysis, and ability to apply knowledge had been developed ‘very much’ or ‘quite a lot’ as part of their course.

• As they approached the end of their undergraduate courses, over 80 per cent of respondents believed that they have the skills employers are likely to be looking for when recruiting for the kind of jobs they wanted to apply for.