On Friday 28 February, Warwick Law School welcomed Zarah Sultana, MP for Coventry South, to speak to our postgraduate students about her experience of becoming a politician. The session focused on ‘Women in political parties and parliaments: barriers and opportunities’ as part of the master’s module, ‘Women’s Human Rights and Global Justice’. 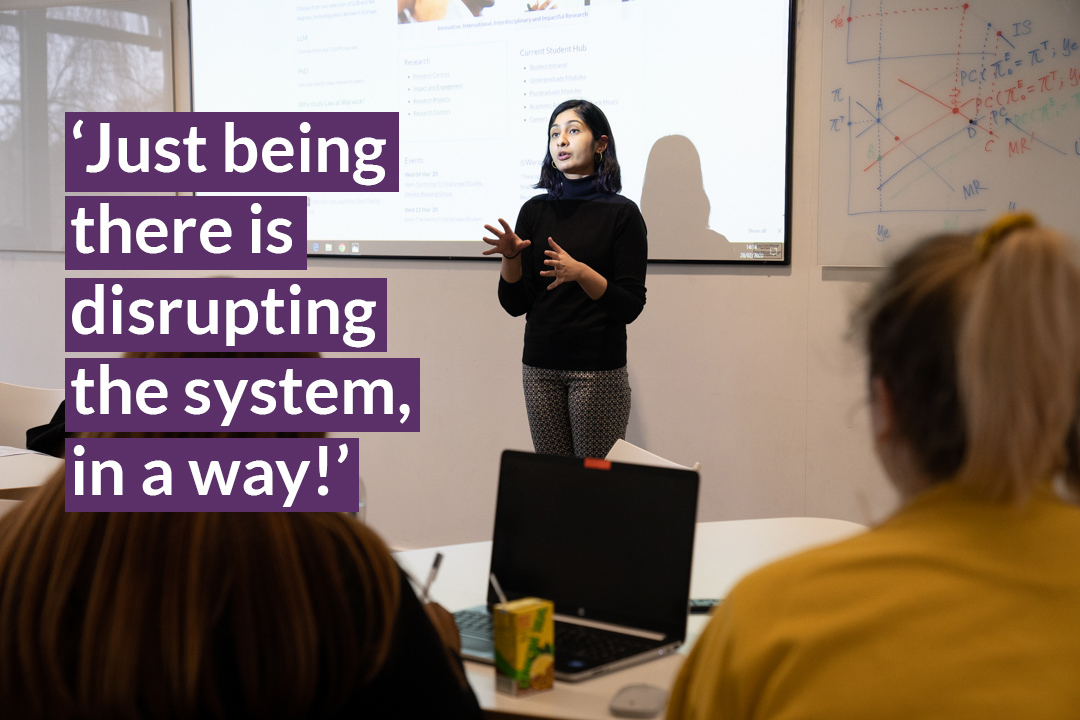 Zarah charted her journey from joining the National Student’s Union at the University of Birmingham, to becoming a Labour Party member, working as a community organiser, running for the European elections and finally standing as a Labour Party candidate for the parliamentary election in 2019, which she won from Coventry South aged 26. On reflecting upon how she achieved all of this, Zarah said “we should aspire for the world that we want, rather than settle for the world that we have.”

As a young Muslim woman in politics, Zarah believes that in the face of countless challenges, including patronising culture both within political parties and the parliament, she has had support from strong networks of women that she has built around her. This, she advised the postgraduate students, must be developed, “we as women, need each other to survive and do well in politics.”

To the question of parliamentary culture, Zarah responded that her experience so far has been eye-opening.

"I always had a feeling about the Parliament being catered for a certain type of persons and being there you see it in different things. For instance, I noticed that there are more portraits of horses than women in parliament... you feel that just being there is disrupting the system, in a way."

Zarah further asserted, “don’t be afraid of speaking the truth. It’s important to surround yourself with good people. Despite setbacks, just carry on. You will do well when you feel you are not alone, you have other people around you who believe in the same causes as you do.”

Warwick Law School would like to thank Zarah Sultana for meeting with our students and sharing her experiences. We hope to have you back again in the future.