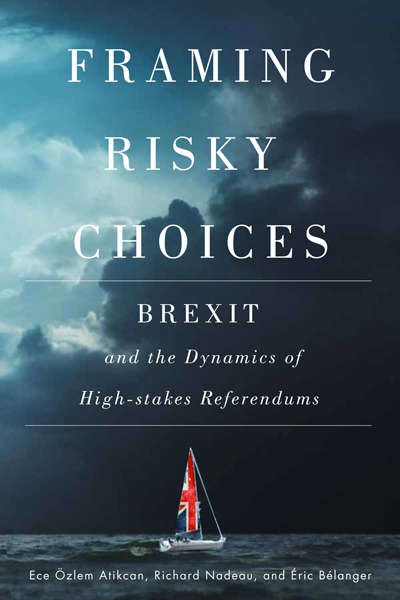 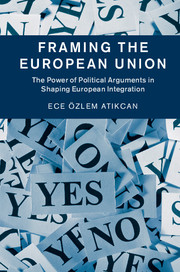 I am a Professor of Comparative Politics at PAIS and a Visiting Senior Research Fellow at the European Institute of UCL.

I am also the Principal Investigator of the FRAMENET project and member of Jean Monnet Networks on Transatlantic Trade Politics and on the Politicisation of Europe.

Click here to view my home page, and here for my full CV.

Before joining PAIS as an Assistant Professor in 2016, I was based at Université Laval, Canada. I completed my doctoral programme in political science at McGill University in Canada and I was also a SSHRC Postdoctoral Fellow at the Jean Monnet Centre of Excellence of Université de Montréal-McGill University.

I have been studying framing processes in referendums on European Union by using comparative designs. This body of work led to a unique dataset consisting of over 160 interviews with campaign elites (extensive field research on 14 referendums in 7 countries) as well as archival, media content and public opinion data. My more recent research started exploring framing and politicisation dynamics in international trade agreements.

I am currently leading a multinational research project, Frames in Production: Actors, Networks, Diffusion (FRAMENET). The project started in April 2021 and is funded by the Open Research Area (ESRC, DFG and SSHRC, with an overall budget of £1 million). FRAMENET brings together scholars from Warwick, Essex and Aston from the UK, University of Dresden from Germany and Université Laval from Canada. Partnered by the German Development Institute, the project team aims to create a new, comparative research agenda that investigates when and how specific statements emerge in a political debate, by which kinds of actors they are proposed, and whether and how they diffuse to others. The project studies frames in five issue areas (trade, immigration, environment, global health, and transparency), with two carefully selected political debates in each of these issue areas. The study will rely on Discourse Network Analysis (studying the content of arguments together with the networks of actors) and interviews to study these exciting research questions.

I teach undergraduate and postgraduate modules on Comparative Politics and European Integration.

I am keen to supervise PhD students whose proposals relate to the research interests noted above. My current PhD students include:

‘The Shifting Will of the People: The Case of EU Referendums’, in Julie Smith, ed., Palgrave Handbook on European Referendums, (Palgrave, forthcoming).

‘Referendums on European Integration’, in Laurence Morel and Matt Qvortrup, eds., The Routledge Handbook to Referendums and Direct Democracy, (Routledge, 2017).

‘Framing risky choices: How the Leave campaign convinced Britain to take a leap into the unknown’, European Politics and Policy (EUROPP) blog, The London School of Economics and Political Science, November 2020.

‘Losers’ consent and Brexit: the distinction between ‘graceful’ and ‘sore’ losers’, British Politics and Policy blog, The London School of Economics and Political Science, May 2019.

'Brexit Divisions: What You Ought to Know about EU Referendums and the UK Debate?’, openDemocracy blog, March 2016. (Guest Editors with Claudia Sternberg)

‘Asking the Public Twice: Why Do Voters Change Their Minds in Second Referendums on EU Treaties?’, European Politics and Policy (EUROPP) blog, The London School of Economics and Political Science, October 2015.

‘Citizenship or Denizenship: The Treatment of Third Country Nationals in the EU’, Sussex European Institute Working Papers, no.85, May 2006.