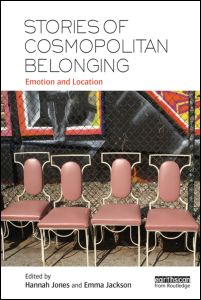 Hannah's latest book, Violent Ignorance, is about everyday ignorance and its violent consequences, focusing on historical and present questions of memory, migration and racism, and was published in January 2021; you can see Hannah in conversation with Shami Chakrabarti at the book launch here. She is also working on projects on '"Decolonialism" and anti-racist student activism' led by Ala Sirriyeh (funded by The Sociological Review Foundation and British Academy/Leverhulme), on the relationship between artistic practice and social research with Yasmin Gunaratnam and with Carly Hegenbarth, and independently on research into genealogical and migratory imaginations that link Britain and Australia.

Elsa Oommen, Long-term Caribbean migrants and their experience of rights and restrictions in the UK, Sociological Review Kick Start Grant, 2018-20.

In 2021/22, Hannah is convening and teaching SO337 Racism and Xenophobia, SO122 Sociology of Race and SO9D5 Creative Research Methods, which is an EUTOPIA Learning Unit delivered in collaboration with colleagues at Vrije Universiteit Brussel (VUB), the University of Gothenburg, University of Ljubljana and others.

Rachel Lewis, Constructing and Contesting the Good British Citizen: an examination of the contemporary citizenship regime as discursive practice, PhD awarded with no corrections in December 2017. Co-supervised with Malcolm MacDonald (Centre for Applied Linguistics). ESRC scholarship.

Davinia Gregory, Learning from The Drum: Toward a decolonization of the arts in the UK, PhD awarded with major corrections in January 2020. Co-supervised with Eleonora Belfiore. Collaborative ESRC scholarship with The Drum.

(2012) "Interview with sociologist Hannah Jones by Ruth Ewan and students from George Mitchell School" in Ruth Ewan, Liberties of the Savoy. London: Bookworks and CREATE London.

(2011) What makes hosting relationships work? How large and small organisations support each other in the third sector. London: Locality.

(2015) "On Being a Twenty First Century Sociologist: a response to Robert Moore", Discover Society, issue 27, 1 Dec

(2015) "Public opinion on the refugee crisis is changing fast – and for the better," The Conversation, 4th September.

(2011) Salford and Manchester: Some Words on Gwen Jones' photoblog.

Hannah is available for media comment on her areas of expertise. She has previously been interviewed and provided commentary for TV (Sky News, Russia Today), radio (multiple local BBC radio stations, WBAI New York, SFM Radio) and print (The Guardian, The Independent, The Financial Times, The Hindu BusinessLine). She also writes on current events for The Conversation and the Huffington Post Blog. Hannah can be contacted by email or through the press office.