University of Warwick Sports Scholar Yasmin Liverpool won the Gold in the 400m sprint at the BUCS National Championships in Sheffield on 17 February. The British Universities & College Sports National Championships are held yearly and play host to the top athletes from all over the country. Around 6,000 students competed over the weekend while more than 500 officials and volunteers helped facilitate the competition across eight sports – which saw international stars such as Adam Peaty, Morgan Lake and James Wilby compete in Sheffield at venues across the city.

This was a huge accomplishment for Yasmin and for the University. This is the first Gold that #TeamWarwick has ever won in the BUCS Indoor Championships. Yasmin beat out competitors from Chester, Birmingham, Cardiff Met and Loughborough with a personal best time of 55.07s.

“Going in, my aim was to make the 400m final. I knew it would be a big challenge, given the strong personal best times of my competitors, and the successive rounds of racing I would have to face. To have won Gold in an indoor personal best time of 55.07 seconds is more than I could have dreamed of. I'm incredibly excited to continue training hard and run some faster times outdoor.” Said the 20-year-old sprinter after the race. “I'm extremely grateful to my coach Stewart Marshall, to the Athletics Exec, especially the Women's Captain Claudia Carlyon, and to the University Strength & Conditioning coaches, especially Nick Manning.” 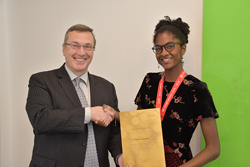 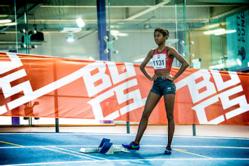