Both men’s and women’s teams fought hard at the Student Cup qualifiers in November 2018, and both of them made it to the Student Cup finals in Norwich! Once more, they both proved to be among the top 16 University volleyball teams in the country. The first day saw both teams playing against the other teams in their pool. There were plenty of close matches and our women’s team managed to secure a spot in the top half of their group thanks to an outstanding win against Southampton. The men’s team fought hard and proved to be among the best 12 teams in the country.

Harder matches have been part of the second day, and all of them have been magnificently played by both our teams. The men’s win against Oxford Brookes gave them the 11th place, whereas the women’s team ended up with an outstanding 8th place! The results show the big improvement and effort from both teams throughout the year and their strong commitment. Massive thanks to our coach Alex who assisted both teams during the whole tournament and always keeping up the teams’ morale. Also a huge thanks to UEA for hosting and to Volleyball England for organising the tournament again this year.

If you want to keep supporting the Volleyball Club, please come along to our upcoming Varsity game against Coventry on Saturday 23rd February: Women will be playing at 3.30pm, whereas the men’s game will take place right after in Main Hall #TeamWarwick. Do not forget our 10km charity run on Sat 2nd March and our UV Volleyball event on Thur 7th March! Hope to see many of you there! #UWVC 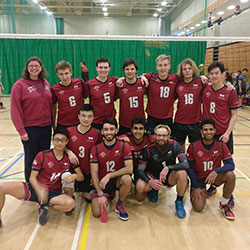 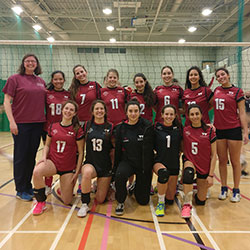