The first conversation club session of this term at our new location (Coventry Refugee and Migrant Centre) was particularly exciting.

We had up to twenty participants join us (old and new) and eight volunteers who travelled from Coventry to help run the session.

This session had no particular theme because we wanted to give the participants a chance to brainstorm ideas of what they would like to learn from this club during the next few weeks, and in turn we the executives plan to analyze the information received and decide on various themes for the following meetings.

We carried out an icebreaker in the form of '2 truths, 1 lie' which helped set up a friendly and joyful mood in the room. It also helped participants and volunteers learn interesting facts about one another.

After getting to know each other we split into 4 groups and started the group work. We provided each table with paper, posters and stationary in order for them to brainstorm their ideas and wishes for the themes of our Conversation Club.

As a reward for their work, there was a short break with refreshments, which gave time for more informal conversations and meeting new faces.

Following the break, each group presented and discussed their ideas from the brainstorming session. Many different topics were suggested (some more plausible than others) such as mathematics, or even accents of the United Kingdom.

After this, participants, with the help of volunteers, filled out a survey that will help us plan the next sessions.

Towards the end, we got feedback from some participants and volunteers on the session. Overall, participants were grateful and looking forward to sessions (even asking for multiple clubs a week!)

We did, however, come to the conclusion that we will attempt to split our sessions between different levels and will also provide homework in order to accommodate for more efficient learning.

Finally we ended with a group photo!

Overall, we came to the conclusion that most participants are highly eager to learn and look forward to increasing the confidence of beginners and developing the language of those who already have a base in the language. 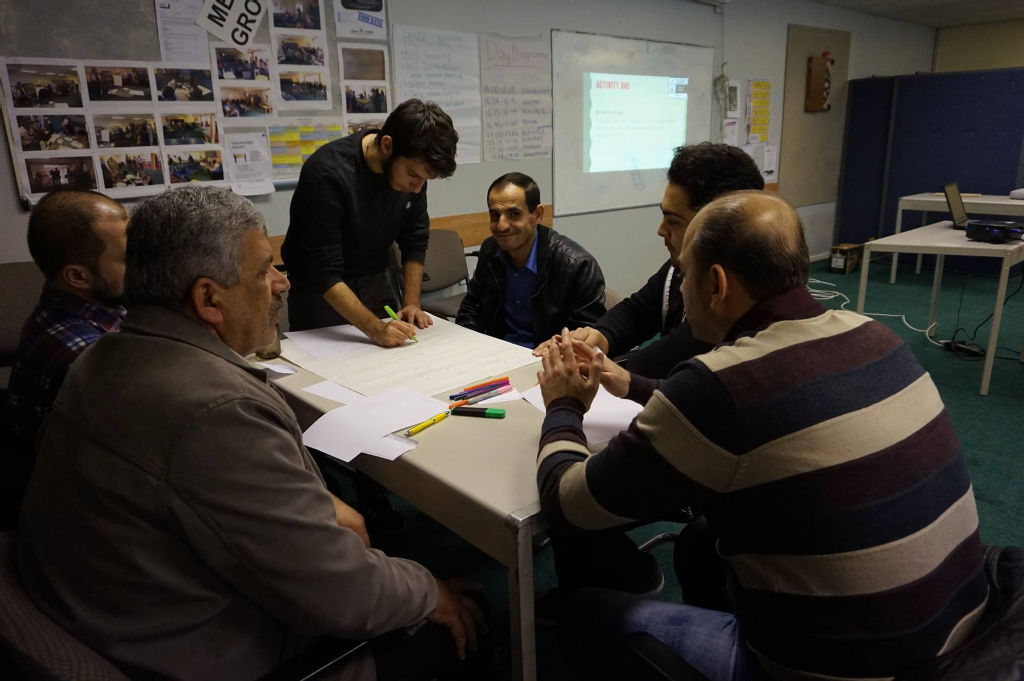 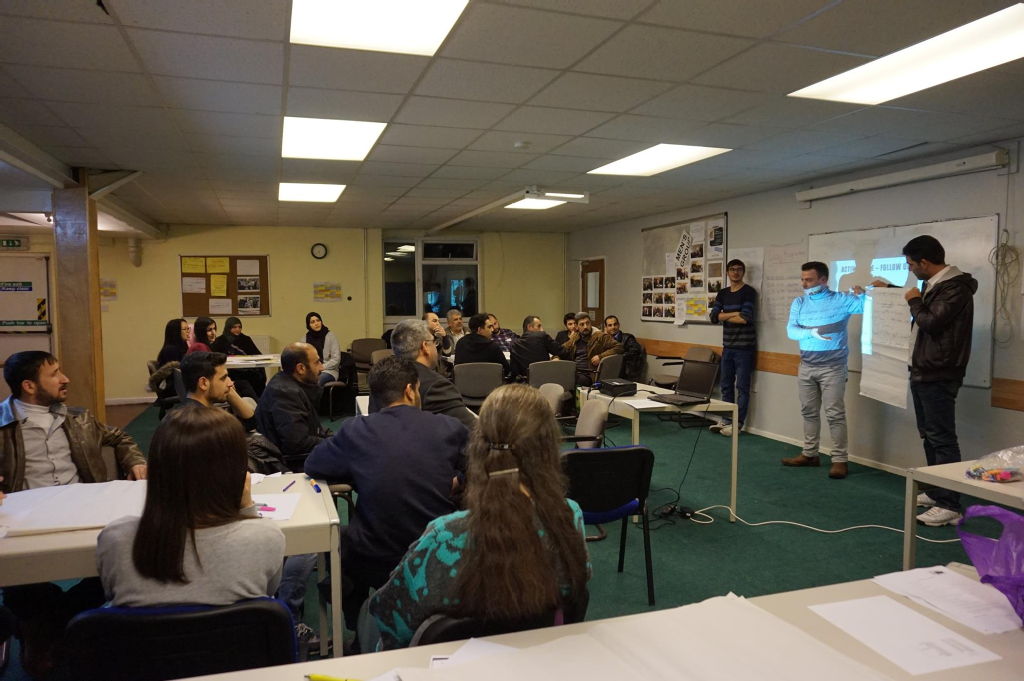 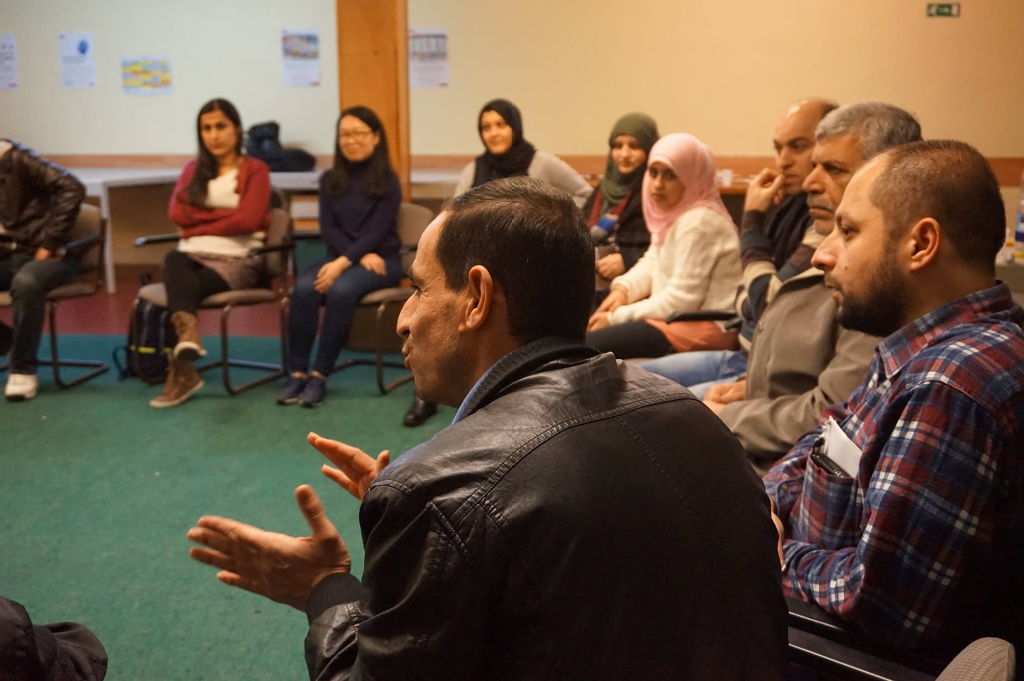 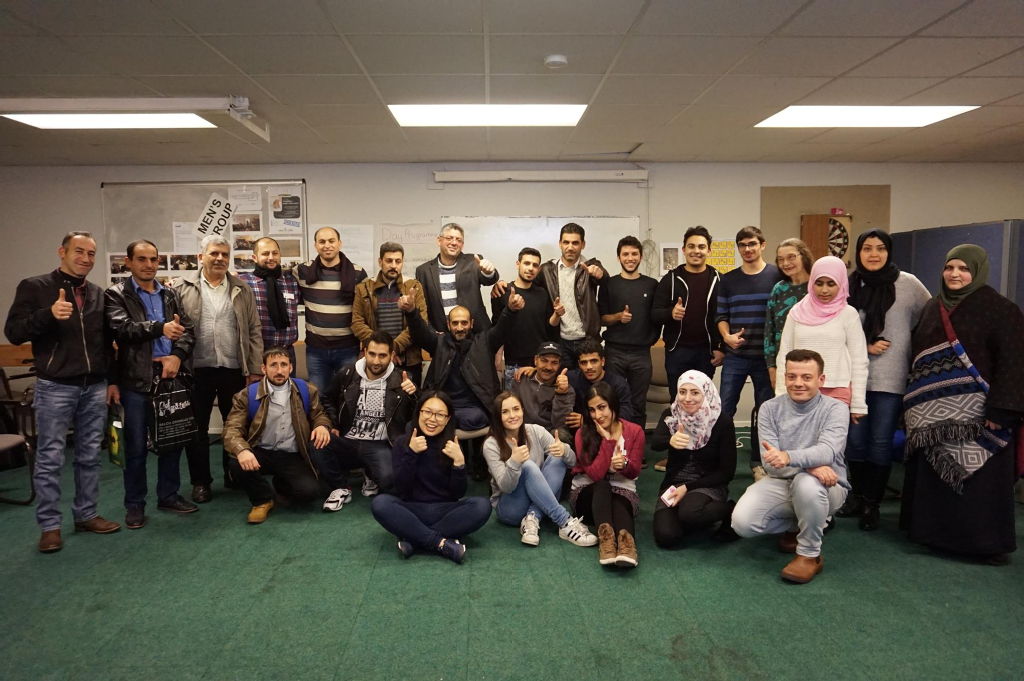