World Literature and Commodity Frontiers: The Ecology of the ‘long’ 20th Century

A project funded by the Leverhulme Trust 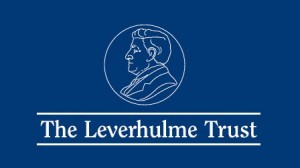 Project description: Since the turn of the century, the field of comparative literature has been profoundly impacted by two key developments. One is the resurgence of debate around the concept of world literature, arising from a sense that ‘globalization’ has thrown the received disciplinary protocols of literary studies into question. The other is the continued headway made by ecocritical paradigms, which, in the context of urgent concerns over the planetary biosphere, have pioneered new ways of thinking about the interconnections between global literatures. Situating itself at the intersection of these areas of study, the project will pursue a form of literary comparativism grounded in the ecological changes entailed by the movement of specific commodity frontiers in a select range of locations.

Focusing on the period from 1890 to the present, the project will compare the relationship between literature and the sugar, cacao, coal, tin, gold, and stone frontiers in Brazil, the Caribbean, West Africa, and the UK. It will investigate how fiction and poetry mediate the lived experience of frontier-led ecological change, and how cultural imaginaries have been impacted by or contributed to such change. The project combines a materialist approach to world literature (understood in terms of its relationship to global capitalism) with new approaches to global ecology.

Decolonizing Voices: World Literature and Broadcast Culture at the End of Empire.

A project funded by the AHRC

Making use of the unique access to the papers, diaries, and letters of the BBC producer Henry Swanzy, this project (2012 -15) examined the networks of literary and cultural production in the Anglophone Caribbean, West Africa (specifically Ghana, the work of the Ghana Broadcasting System in Accra), and the mediating role played by the BBC Colonial Service in shaping the stylistic and political contours of emerging world literatures in the twentieth century. The project aimed to map out a cultural topography of the uneven production, circulation, and reception of cultural forms within the world-system at the time of decolonization (1945-1968). The project team comprises Dr Michael Niblett (Warwick), Dr Victoria Smith (Ghana), and Prof Stewart Brown (Birmingham). Please see link below for further details: