Estie is a PhD student in Comparative Literature. She is currently working on a project funded by the Leverhulme Trust, which investigates World Literature through the commodity frontiers of the 20th century (see more here: https://warwick.ac.uk/fac/arts/english/people/niblettmike/worldlit/). Her PhD project investigates the histories of women's work in the sugar and palm oil industries, as mediated in Nigerian, British and Caribbean fiction.

'The Empire Bites Back: Literary Cannibalism Making Kin in the 'Extractive Zone'. 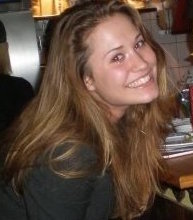 Her research focuses on environmental decolonial studies and looks at former British, French, Portuguese and Spanish colonies in most of the Caribbean and parts of Latin America and Africa. The primary goal of her thesis is to theorise "literary cannibalism" as a set of practices through world-ecology and historical materialism, in oorder to consider past, present, and future issues related to the regions' socio-political and economic developments and environmental challenges and their representation in cultural productions.

Supervisors: Professor Neil Lazarus and Dr. Fabienne Viala Research funded by the Doctoral College and the Fund for Women Graduates.

I am a doctoral candidate, funded by the Arts and Humanities Research Council via the Midlands4Cities consortium.

My doctoral thesis is provisionally entitled ‘Constructing and Challenging Creole Whiteness in Jamaica, 1865-1938’, and it explores how whiteness was represented and practiced on the island between two moments of significant public unrest.

'Living in Babylon: An oral history of the Rastafarian movement in Britain 1948-2016',

My PhD represents the first ever academic contribution dedicated in its entirety to documenting the history of the Rastafari movement in Britain. An important aim of this thesis seeks to understand the history of the Rastafari through the politics of History and memory. There is a need to produce scholarship that moves beyond a focus on cultural symbolism, such as dreadlocks and roots rock reggae, to concrete expressions of Pan African social protest.

In 2021, Natasha successfully defended her PhD thesis, entitled Reading “Emperor Oil” in the Expanded Caribbean. She is currently an Early Career Fellow at the University of Warwick (2020 - 21), working jointly in the Yesu Persaud Caribbean Centre and the Department of English and Comparative Literary Studies. Her doctoral thesis examines the ecological nature of petro-capitalism in what has been termed the ‘expanded Caribbean,’ through studying the literatures, in Spanish and English, of specific nation-states in the region. Her general research and teaching interests consist of (but are not limited to): post-colonial literature and theory, eco-criticism, global Anglophone and Hispanophone literatures, world-literature and world-systems theory, disaster studies, cultures of protest in the pan-Caribbean, particularly against commodity frontier complexes, and speculative fiction, particularly Afrofuturism from both sides of the Atlantic.

Her thesis 'The Caribbean in translation: remapping thresholds of dislocation’, invited a reading of translation both as a literary, linguistic practice and as a transnational expression of cross-cultural Caribbean negotiations. She conducted a research project in Puerto-Rico (funded by the Gad Heuman travel bursary) during which she was affiliated with the Instituto de Estudios del Caribe and worked for a local publisher. This field work examined the role that translation plays in the literary production of the region, (re)situating local practices within the wider, global networks of Caribbean literary circulation.

Laetitia currently teaches literature and translation at the Université de la Réunion (ATER), in addition to being a practising literary translator.