In recent years, concerns over climate change, species extinction, and global pollution have led to a groundswell of studies dedicated to rethinking environmental history. In literary studies, meanwhile, the concept of ‘world literature’ has become a topic of heated debate. This project is situated at the intersection of these vital areas of study, proposing to rethink the way we compare literary texts from across the globe in light of new theories of ecology.

Specifically, our project will explore the relationship between literature and processes of ecological change in commodity frontier zones. Commodity frontiers are spaces of extraction or production (such as mines or cash-crop plantations) which reorganize land and labour in such a way as to pump food, energy, and raw materials into the global economy. In so doing they exhaust environments and provoke ecological crises. Focusing on the period from 1890 to the present, the project will compare how fiction and poetry have responded to the sugar, cacao, coal, tin, gold, and stone frontiers in Brazil, the Caribbean, Ghana, and the UK. 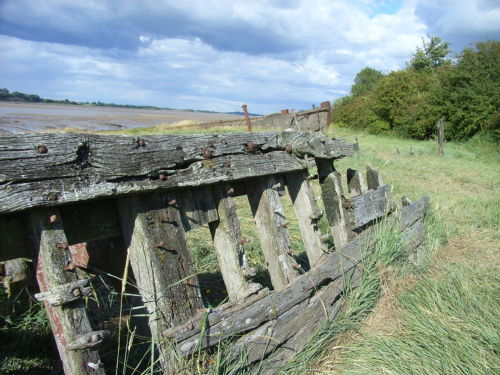 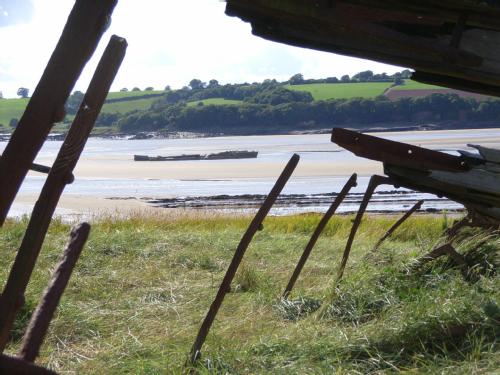 Purton Hulks, River Severn, Gloucestershire. The Purton Hulks are the decayed remains of abandoned boats and ships, deliberately beached in the 1950s to reinforce the banks of the Severn and now interwoven with the landscape. Many of the vessels, including the Severn Collier pictured left, were used to transport commodities such as coal along the river and surrounding waterways.

The project adapts the idea of the commodity frontier from an emergent body of environmental thought known as the ‘world-ecology perspective’. This line of thinking proposes that human and nonhuman natures are intertwined at every scale, from the microbiome and the body to world empires and global markets. In this view, the global economy is a ‘world-ecology’ in which humans and the rest of nature are woven together in complex, often exploitative, ways. The movement of commodity frontiers across the globe in search of raw materials has been integral to the development of this world-ecology.

What new kinds of readings of literary texts are possible if we took the environment-making dynamics of these frontiers as the basis for global comparative analysis? How might we read, say, Kate Roberts’ novel of the Caernarfonshire slate quarries, Traed Mewn Cyffion (1936), alongside contemporary coal fictions such as Lewis Jones’s Cwmardy (1937)? Or Jorge Amado’s epic of the Brazilian cacao frontier, Terras do Sem-Fim (1943), in tandem with Shani Mootoo’s exploration of the legacies of the cacao industry in Trinidad in Valmiki’s Daughter (2008)? In answering these questions, the project will show how fiction and poetry create a space from which to critique ecological change and crisis, imagining new ways of relating to the environment.