HI289 History of Russia since 1881Link opens in a new window

HI153 Making of the Modern WorldLink opens in a new window

HI176 Mind, Body, and SocietyLink opens in a new window

My work focuses on the cultural and medical history of Russia and the Soviet Union.

I am interested in the role played by cinema in the transformation of the human subject, and am currently writing a book on the intersection of medical knowledge, cinematic technology, and revolutionary campaigns of psycho-physiological reforging in the early Soviet period. My previous book, Feeling Revolution: Cinema, Genre and the Politics of Affect under Stalin (2020) examined film as a technology of emotional education during the Stalin era. I am currently co-editing an edited collection (with Claire Shaw) which examines techniques of mind and body transformation in the Soviet Union and the Eastern Bloc. A public installation on film psychotherapy that I curated ran at the Glenside Hospital Museum in Bristol and the Worcester Medical Museum in Spring/Summer 2022.

Technologies of the Mind and Body in the Soviet Union and the Eastern Bloc, co-editor with Claire Shaw (Bloomsbury, 2023), forthcoming 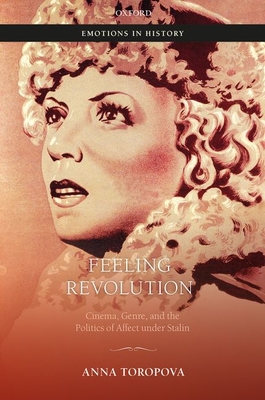