Although The Boyfriend Trick was filmed here in Warwick the story comes from Albania in the Western Balkans. Albania is in Europe and yet somehow not of Europe. When I started the project, I knew nothing about Albania, its forbidden mountains, unique language or history of isolation under Enver Hoxha’s communist regime. I also had no idea that Albanian was the most common nationality (excluding British) for referrals of potential victims of modern slavery in the UK. Modern Slavery consists of four main types of abuse: sexual exploitation, forced labour, criminal exploitation and domestic servitude. My work focusses on forced labour and exploitation in the sex trade and the car wash industry. Many of the victims in those industries have been trafficked into the UK by criminal organisations on the promise of work and a better life. According to the Global Slavery Index there may be as many as 136k slaves working the UK. 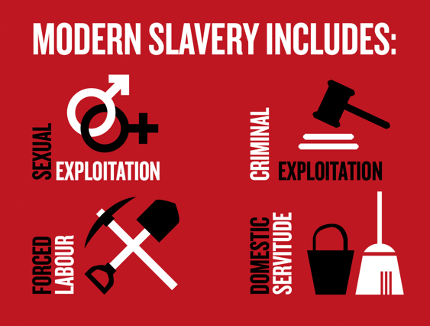 I gathered background information for my creative project by interviewing Police Officers, Charity Workers and some Albanians living in the UK. One of the charities I contacted, a safe house provider called the Medaille Trust, asked whether I could tell the story of one of their residents, Majlinda (not her real name), an Albanian survivor of modern slavery in the sex trade. Of course, I said yes and wrote a series of five monologues based on her testimony telling the story from the perspectives of the victim/survivor, her trafficker, her mother and her caseworker. Majlinda’s story starts in Tirana, the capital, where she falls in love with a handsome young man called Jetmir. She flees the arranged marriage her parents are planning for her and flies with him to Bologna in Italy. Once they arrive everything changes – he hands her over to a pimp who puts her to work, firstly in Italy and then a few months later he ships her to the UK to work in a brothel in Soho. In the UK she manages to escape and is referred to the Medaille Trust by the Police. The Trust take her in, support her and eventually re-house her in Leeds. The monologues telling Majlinda’s story are being broadcast by the Medaille Trust during October and November 2021 can be accessed here.

Listening to the podcast I realised that words alone could not do justice to the harrowing nature of Majlinda’s story, so I approached IATL for funding to make the first monologue into a dance film. During the COVID lockdown Winter of 2021 I worked remotely with the dancer, Marisa Flamino, to create a choreography representing Majlinda’s emotional journey from the excitement of running away with her ‘boyfriend’ to the loneliness and shame of being forced to sell her body in a foreign land. When the COVID restrictions were lifted in June 2021 Polina Zelmanova, a postgraduate Film & Television Studies student at Warwick, and I shot the choreographed sequence which was later edited by Alex Hobbs, a Warwick alumnus.

The first showing of the film was in September 2021 at The Royal Central School of Speech and Drama (RCSSD) ‘Collisions Festival– Regeneration and Liberation’. The film was shown with a music soundtrack as part of an installation with tables displaying objects from the story (photo below). The audience were able to listen to a podcast of the monologues on their own mobile phones via QR codes while examining the objects at each of the tables.

Although the feedback from the installation was very positive, with many comments that the work was both moving and informative, I felt that some elements of the installation were fragmented and that the music was distracting. So, for the second showing of the film at St Mary's University, Twickenham ‘Healing the Wounds of Modern Slavery’ conference in October 2021: https://www.stmarys.ac.uk/events/2021/10/healing-wounds-of-modern-slavery we replaced the Mendelssohn track with the words of the first monologue. This seemed a much better fit than the music, linking the words and movement more closely together. There were a lot of questions from the audience (mainly academics and charity workers from religious organisations) and suggestions that we should make the materials available for use in education and prevention

The final version of the film, with the addition of sub-titles, will be shown at Warwick Arts Centre on 25th November with a talk and Q&A on modern slavery and human trafficking as part of the Feelings of Freedom Festival linked to the Resonate Festival/Coventry City of Culture: https://www.warwickartscentre.co.uk/whats-on/alison-porter-the-boyfriend-trick-2234/
This is a two-day festival of ideas, culture, talks and provocations, exploring what freedom means to different people in different contexts. Visitors to the Arts Centre will be asked to challenge their own thinking and beliefs, and through these events to re-examine how freedom is experienced and understood; its value and its cost; and the contested nature and significance of freedoms over time and space. The film may also be shown on the Piazza outdoor campus screen during the festival. Next year the film may feature as part of an installation at the Liverpool Museum of Modern Slavery.

Using performance to expose the realities of sexual exploitation and forced labour in UK was founded in the belief that something might change if we understood and empathised with the victims of these cruel trades. You may not have visited a brothel, but you might have used a car wash or had your nails painted by a forced labourer. If we continue to use these services without questioning the source of the labour, we are complicit in the exploitation and violence inherent in the trade. The IATL Project has enabled us to share information about these important societal issues with a wide and diverse audience and also to combine our creative skills in a collaborative project with a tangible impact.

If you suspect that you or someone you have come across may be a victim of modern slavery and in need of help, to get specialist support contact: