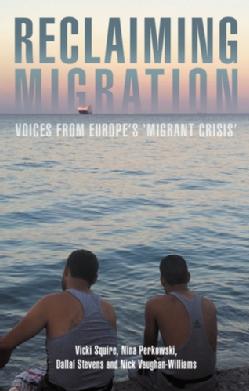 Reclaiming migration critically assesses the EU's migration policy by presenting the unheard voices of the so-called migrant crisis. It undertakes an extensive analysis of a counter-archive of migratory testimonies, co-produced with people on the move across the Mediterranean during 2015 and 2016, to document how EU policy developments create precarity on the part of those migrating under perilous conditions. The book draws attention to the flawed assumptions embedded within the policy agenda, while also exploring the claims and demands for justice that are advanced by people on the move. Written collectively by a team of esteemed scholars from across multiple disciplines, Reclaiming migration makes an important contribution to debates surrounding migration, borders, postcolonialism and the politics of knowledge production.