The panel deciding on the recipients of the award commented "This article is what JCMS does best: a rigorous, well written and unpretentious piece of research which enlightens a broader area, here the nexus between labour law standards and FTA.

"The methodology is impeccable: it is an impressive case study element with use of original interviews. This is a collaborative piece which brings people of different levels and disciplines together to work on a topic."

JCMS added “The piece was superb and, as editors, we are delighted to have had the chance to publish it in the journal.”

The article focuses on EU trade agreements and whether they protect and promote the rights of workers around the world. It formed part of a much larger research project ‘Working Beyond the Border’ (funded by the ESRC) which has been running for the past seven years. The final book for the project was published last week: Free Trade Agreements and Global Labour Governance The European Union’s Trade-Labour Linkage in a Value Chain World.

James told us, “It’s a real honour to win this prize from such a prestigious journal. The article and our subsequent book involved years of work and hundreds of interviews in the Caribbean, South Korea, Belgium and the UK. I learnt a huge amount and feel that we produced some real insights into how trade agreements actually affect workers lives.”

Congratulations James and the rest of the team on such a huge achievement.

Take a look at the policy briefs developed to explain the contents of the publications. 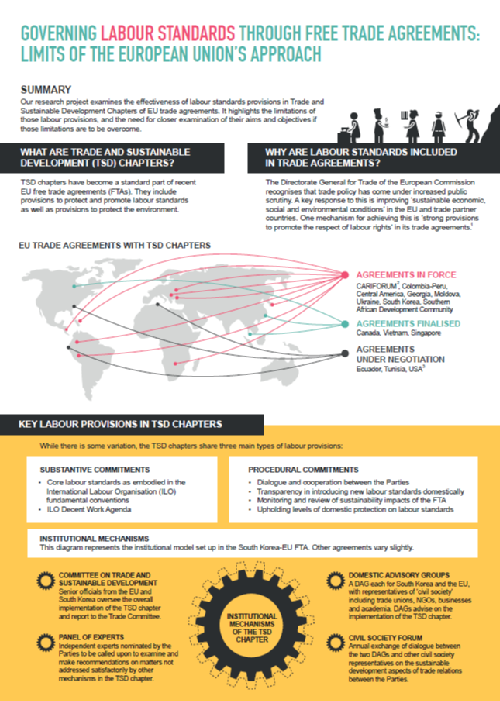 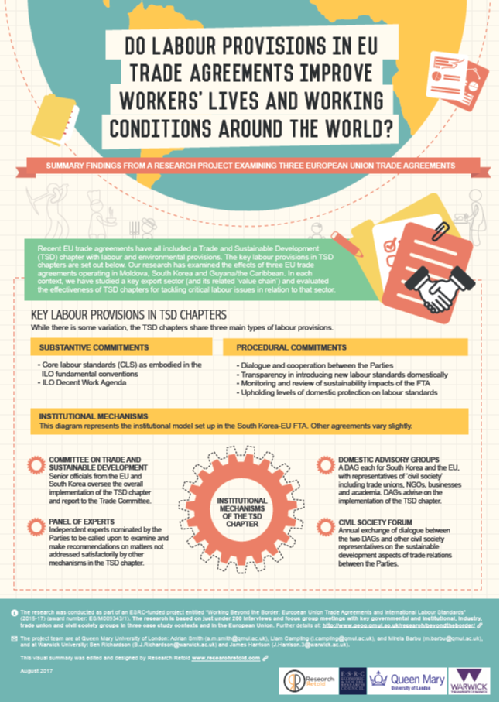