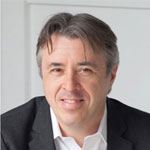 Chris Anderson is Professor of Politics and Economics and Director of Philosophy, Politics, and Economics (PPE). He also is a Research Associate at the Centre for Competitive Advantage in the Global Economy (CAGE) and a Visiting Senior Fellow at the London School of Economics. 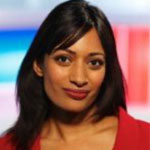 Dharshini David is an English author, economist and broadcaster. After working at HSBC and the BBC, she became a business correspondent and news presenter for Sky News in 2009.

Dharshini joined the BBC in 2000 as an economics correspondent.She worked on national BBC1 bulletins, BBC News 24, and on its international counterpart BBC World. She also presented for the BBC's current affairs series Panorama, BBC One news and BBC Radio.

In September 2009, she joined Sky News as a business and economics correspondent.She presented business news bulletins & programmes for Sky, including the flagship business programme "Jeff Randall Live" and also presented "Sky News Tonight" with Adam Boulton. Dharshini's first book "The Almighty Dollar: Follow the Incredible Journey of a Single Dollar to See How the Global Economy Really Works" was published by Elliott & Thompson in February 2018. 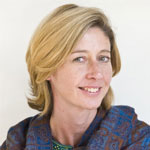 Christina Lamb is one of Britain’s leading foreign correspondents and a bestselling author. She has reported from most of the world’s hotspots starting with Afghanistan after an unexpected wedding invitation led her to Karachi in 1987 when she was just 22. She moved to Peshawar to cover the mujaheddin fighting the Soviet Union and within two years she had been named Young Journalist of the Year.

Since then she has won 14 major awards including five times being named Foreign Correspondent of the Year and Europe’s top war reporting prize, the Prix Bayeux. She was made an OBE by the Queen in 2013 and is an honorary fellow of University College, Oxford. 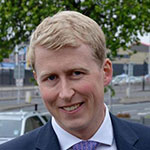 George Grant is a former foreign correspondent and security analyst who stood as the Conservative Parliamentary Candidate for Bradford West at the 2015 and 2017 General Elections.
George began his career as a Research Fellow for the international relations think tank The Henry Jackson Society in 2009, authoring reports on subjects ranging from counter insurgency doctrine in Pakistan and Afghanistan, to the socio-economic and political roots of Islamist extremism, and latterly the defence implications of Scottish Independence.

In 2012 George moved to Tripoli to become deputy editor of the Libya Herald, the first post-Qaddafi English-language newspaper, as well as Libya Correspondent for The Times.

He now lives in North Yorkshire where he manages the estate at Stockeld Park, his family home. George also serves as chairman of the Leeds-based prisoner rehabilitation charity Tempus Novo as well as a board advisor for the mental health charity Mind Hong Kong. 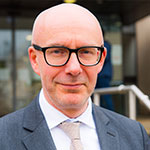 Matt Western has been the Member of the Parliament for Warwick and Leamington since 2017. In the past, he has worked for Peugeot and led on projects to fundraise for Guide Dogs and the RNLI. Matt served as a Warwickshire County Councillor from 2013-2018, was a volunteer careers mentor at Campion School, as well as serving as a trustee of several local organisations and charities. In March 2018 he held a summit to discuss how to solve homelessness in the local area.

In Westminster, Matt serves on the Housing, Communities and Local Government committee as well as the International Trade Committee. He is the Chair of the Parliamentary Campaign for Council Housing which he helped restart with David Drew MP. Matt is also a member of the All Party Parliamentary Group on Students. 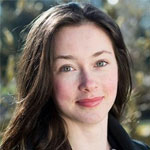 Having internationally competitively debated since high school, Louise has developed an interest in approaching challenges and opportunities a society faces from various perspectives - "As a Third Year Economics student, I enjoy deconstructing the policies that aim to address these issues both intuitively and quantitatively."

Louise has also been a panellist at the Student Question Time in January 2018. 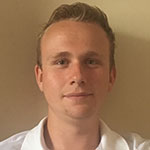 As the Academic Officer of Warwick Politics Society and a second year PAIS student, Harry is motivated by the pursuit of truth in all areas - "I believe that it is important to hear, engage with and challenge a wide range of ideas in the endeavour of finding workable solutions to the problems that we face as a society; steering away from the ideological, uninformed views of the world that increasingly dominate domestic and global politics."