The Rationality of Deductive Inference

What makes it rational to form a belief on the basis of deductive inference? And in particular, what is the role for consciousness in explaining what makes this rational?

Bill Brewer (1995, 1999; cf. Peacocke 2003) has argued that the rationality of deductive inference requires the subject to have some conscious appreciation of the fact that the conclusion follows logically from the premises, which guides him in making the inference. The key challenge for this view is to explain what the relevant state of conscious appreciation consists in. It cannot consist in an explicit belief that the form of inference is valid, on pain of a familiar kind of Carrollian regress. Here, it may be tempting to appeal to the deliverances of a faculty of rational intuition; but without further details, this can seem like mere obscurantism. Moreover, it is not obvious that such a proposal can succeed in avoiding the problem of Carrollian regress (Boghossian 2001, 2003).

I argue that rational intuition is a genuine phenomenon and I propose an account which is intended to answer the standard objections. The claim is that the awareness of semantic relations between thoughts which are occurrent in consciousness is one manifestation of a more general attentional phenomenon which is also manifested in the awareness of spatial relations between objects which are consciously presented in the perceived array. I go on to argue that such an account of rational intuition is indispensable for a plausible account of the acquisition of propositional knowledge of logic.

However, I reject Brewer's claim that conscious appreciation of validity is required for the rationality of deductive inference. It may be required in certain sophisticated cases, such as following a proof, but it is not plausibly required in more mundane cases of deductive inference. I propose a more permissive account of the conditions for the rationality of deductive inference, which appeals to the claim that reason-giving states must be available to phenomenal consciousness. This account preserves the connection between rationality and consciousness in the most mundane cases, but also provides the resources for explaining the phenomenon of conscious awareness of validity as it occurs in more sophisticated cases.

Download all papers from the first Warwick conference here 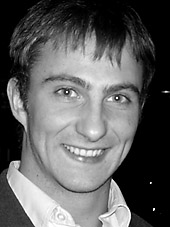