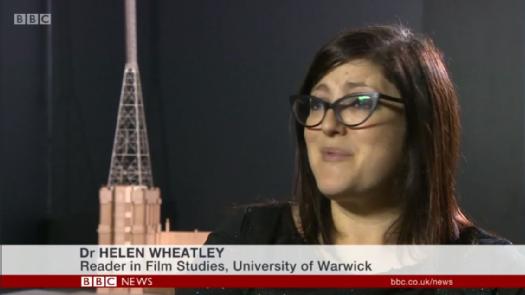 Dr. Helen Wheatley was featured on the 5.00pm and 10.00pm BBC News on Monday November 1st, speaking about women's roles in early tv production, in relation to the anniversary of the TV Service.