Cells contain many distinct compartments (organelles), each containing a mixture of water, ions, RNA and many different proteins. Each organelle has specific roles in the cell. For example the nucleus acts as the storage unit for DNA and the site for DNA transcription (discussed later).

A key feature of most organelles is their membrane, which is a complex structure with cholesterol and proteins embedded in a double layer of phospholipids (themselves surfactant molecules essentially the same as the molecules found in soap). The primary job of the membrane is also the simplest: to separate the inside from the outside, and hence prevent all parts of the cell mixing.

Membranes are not the only way to separate out substances however. Oil and water provide an everyday example where two liquids separate out by themselves, forming droplets that have distinct environments inside and outside despite not having a membrane to enforce it.

Examples of these membraneless droplets can also be found inside cells, where the droplet is typically a cluster of proteins. These droplets inherit the function of whatever proteins they are made of, meaning they play a specific role in the cell similar to the organelles described above, earning them the name: membraneless organelles.

A few of these have been known for many years, most notably the nucleolus, but many have only been discovered recently. Consequently, understanding of the physics behind their formation, the details of their composition, and exactly how they affect the cell's function remains limited. Tackling these questions is a major thrust of the project.

One type of membraneless organelle has been associated with proteins driving RNA transcription, the first step in the process of using the genetic code to produce proteins. 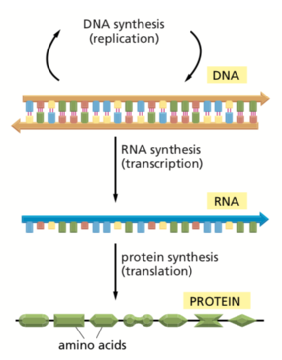