Exactly what it says on the tin. The group has recently become heavily invested in high quality ham, courtesy of our own Adam Chatterley and his prodigee Mitch Horbury. What follows is a showcase of some of the best hams enjoyed by the group.

Like the man himself; exciting, fruity, smooth and somewhat avant-garde. Some might call it too much, but we like it just the way it is. The ham was okay too.

Melt in the mouth, delightfully flamboyant, elegant and rich. Boiled in milk with hints of cinnamon, nutmeg and a cheeky bit of all spice, topped off with a honey glaze. Not for the Hamophobic!

The ham was excellent; meaty, cooked to perfection with hints of ginger and a citrus twist. However, we're getting a bit tenuous with our naming though... The ham had ginger in it, Ramesses II was supposedly a red head... Yeah. Terrible. The next one will be better. Promise.

Two words to describe Adam - Scotland and Hooch. How do you make a Scottish hooch ham I hear you ask? Well, the only way we could think was to batter it with hooch shandy batter, then deep fry it Mars bar style. Yeah, that is a thing that happened. Surprisingly excellent.

A simple recipe courtesy of everyone's favourite celebrity chef, Nigella. 2 kg mild-cure gammon joint, 1 onion (peeled and cut in half) and 2 litres of coke. Sweet and tender with a darker undertone... provided by the black treacle and mustard glaze.

For the birthday celebrations of our very own Michael Staniforth. An incredibly tasty ham, boiled in cherry cola and glazed in black cherry. A little small perhaps, but still a sweet, fruity, meaty delight.

(Totally running out of ham puns) This delectable ham was boiled in ginger ale for several hours until beautifully tender then finished with a glaze of orange marmalade and grated ginger. Baked with extra heat to give a crispier finish.

A delightfully zesty litte number. First boiled in lemonade, then baked with a lemon marmalade glaze to create a beautifully tangy, sweet treat. We are rapidly running out of ham related puns so if you can come up with a real name for this one we will create and name a ham just for you... Yes YOU!

Our first requested ham courtesy of Prof. Mark Newton of the Warwick Physics Department. One of Mark's research interests is into the development of new technologies, techniques and methodologies for Electron Paramagnetic Resonance (EPR) and this is why we were challenged to create the EPR Ham (EPRH). Boiled in Pepsi (P), marinated in Bacardi Superior Rum (R) and glazed in crushed pineapple and elderflower syrup (more P and a little E). Sticky, sweet and incredibly alcoholic, this ham is sure to get your electrons in a spin! 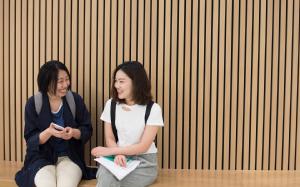 Dr Greenough - there are 3 things he loves (Sorry Lila). Cycling. Food. Whisky. We were able to combine all three of those things to make the Lance Hamstrong (granted cycling really only involved the name). A performance enhanced (smoked) ham that was boiled in coke and one of Ed's favourite tipples (Jura Superstition) this one definitely got the wheels spinning. Smokey, boozy and downright delicious.

Aside from being the best named ham(s) on this list so far, these two were wonderful Christmas-y treats. The top one was boiled in Mulled Wine and the bottom in Mulled Cider to yield two delectable holiday hams. Finished with a glaze of cranberry jam mixed with nutmeg and cinnamon you couldn't help but feel ready for the festive season.

To celebrate the visit of our colonial friend, Patrick Walsh from Purdue (Bottom), Mitch conjured up the most 'murican ham he could think of (Top). Boiled in the "King of Beers" and finished with a glaze of pancake syrup this one was as over the top and excitable as Obama riding a lion while shooting laser beams into the air.

After a year of silence we have our first ham update, this is due to Jamie and Mitch having to writing their theses; we passed! Unfortunately we cannot remember the reason behind this ham, though who needs a reason for ham. This ham was boiled in coffee imbuing the ham with a delicious bitter edge. In order to offset this bitterness, the ham was glazed in coffee infused caramel giving a nice sweetness to the ham without losing the coffee taste. The name is derived from café gourmand which is apparently the French form of afternoon tea, involving espresso and a selection of mignadises.

Since Jamie has now left the group for new pastures across the Atlantic, I, Mitch have taken over the curation of this page.

In celebration of our French visitor Yoann, I have produced a French inspired ham. Boiled in French white wine with a bulb of garlic (havled) chucked in for good measure. In a first, no glaze has been applied, yes I am counting the Hooch shandy batter as a glaze, instead the ham is dipped into camembert with rosemary. Proving once again that ham and cheese is a classic combination.

You Piece of Ham

The unique person that is Dr Vic, has unfortunately finished his time with us, he will be sorely missed. As tradition demands a ham was made, named after Vic’s favourite outburst when something goes wrong “you piece of ****”. This ham was boiled in water that was infused with bay leaves, cloves, ginger, black pepper, star anise and of course whisky (4 shots, just how Vic likes his whisky). After been left to soak in another 4 shots of whisky overnight the ham was baked with a glaze made of soy sauce, honey, brown sugar, garlic, chilli, orange zest and juice, Chinese five spice, and yet again 4 shots of whisky. This accumulated in a delicious ham, that left you unable to operate heavy machinery for the rest of the day.

‘Ey up, this ham was inspired by little region known as Yorkshire, aka god’s own country, where Jack and I hail from. To threp things off ham was boiled in what can only be described as a strong brew, made from mashin’ 5 Yorkshire tea bags. This already perfect ham was made even more perfecter, a rhubarb glaze was applied. Why rhubarb you ask? Well, Yorkshire has its own version of Bermuda triangle, however, instead of planes, boats and like disappearing in it, very best rhubarb is grown. So good in fact it is recognized by EU, as Yorkshire Rhubarb Triangle. The glaze was made by boiling a bunch of rhubarb in cranberry juice and sugar to produce a sticky syrup. Finally, the ham was coated in’t glaze and baked for half an hour, to give what can only be described as a chuffing good ham.

In celebration of St. Patricks day, I bring you the Hamrock. I initial thought to make this a green ham in a Dr Seuss esque fashion. However, people tend to avoid eating green meat for good reason so a normal coloured ham it was. This ham was initially boiled in Guinness, obviously, and then glazed. The glaze was made from Coca-Cola (other cola brands are available), dark brown sugar, dry mustard (I might have added a tad too much giving the ham a nice heat), black pepper and cider vinegar, this was then reduced to a nice syrup-y consistency. Finally, a good helping of Jameson Irish Whiskey was added to the syrup just before baking. The resulting ham has a succulent blend of the finest Irish exports and just might be able to solve the deadlock in Stormont.