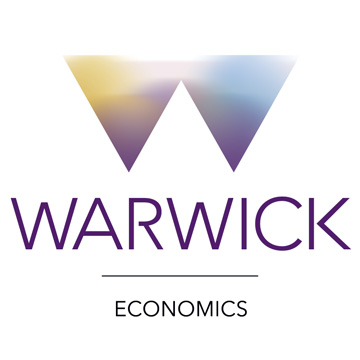 09 - Who watches the watchmen? Local news and police behavior in the United States

Do U.S. municipal police departments respond to news coverage of local crime? We address this question exploiting an exogenous shock to local crime reporting induced by acquisitions of local TV stations by a large broadcast group, Sinclair. Using a unique dataset of 8.5 million news stories and a triple differences design, we document that Sinclair acquisitions decrease news coverage of local crime. This matters for policing: municipalities that experience the change in news coverage have lower violent crime clearance rates relative to municipalities that do not. The result is consistent with a decrease of crime salience in the public opinion.

08 - Gender Attitudes in the Judiciary : Evidence from U.S. Circuit Courts

Do gender attitudes influence interactions with female judges in U.S. Circuit Courts? In this paper, we propose a novel judge-specific measure of gender attitudes based on use of gender-stereotyped language in the judge’s authored opinions. Exploiting quasi-random assignment of judges to cases and conditioning on judges’ characteristics, we validate the measure showing that slanted judges vote more conservatively in gender-related cases. Slant influences interactions with female colleagues: slanted judges are more likely to reverse lower-court decisions if the lower-court judge is a woman than a man, are less likely to assign opinions to female judges, and cite fewer female authored opinions.

07 - How Polarized are Citizens? Measuring Ideology from the Ground-Up

Strong evidence has been emerging that major democracies have become more politically polarized, at least according to measures based on the ideological positions of political elites. We ask: have the general public (`citizens') followed the same pattern? Our approach is based on unsupervised machine learning models as applied to issue position survey data. This approach firstly indicates that coherent, latent ideologies are strongly apparent in the data, with a number of major, stable types that we label as: Liberal Centrist, Conservative Centrist, Left Anarchist and Right Anarchist. Using this framework, and a resulting measure of `citizen slant', we are then able to decompose the shift in ideological positions across the population over time. Specifically, we find evidence of a `disappearing center' in a range of countries with citizens shifting away from centrist ideologies into anti-establishment `anarchist' ideologies over time. This trend is especially pronounced for the US.

06 - What's left after right-wing extremism? The effects on political orientation

Does radical right political violence favour or hinder public support for right-wing stances? Numerous existing studies have demonstrated that Islamic terrorism provokes a conservative shift, increases nationalism and induces negative sentiments towards immigration. However, little is known about the consequences of far-right terrorism, despite its incidence in Western societies. We leverage four waves of the British Election Study (BES) and use a quasi-experimental design to analyse individual political orientations shortly before and after terrorist attacks. We find that respondents distance themselves from the ideology associated with the perpetrator and shift away from ideological positions at the right end of the political spectrum. Furthermore, respondents are less likely to report nationalistic attitudes and immigration skepticism, core tenets of extremist right-wing political ideologies. Our findings suggest that the characteristics of the perpetrators and their driving goals are crucial factors shaping the impact of terrorism on public sentiments

05 - Demagogues and the Fragility of Democracy

We investigate the susceptibility of Democracy to demagogues, studying tensions between representatives who guard voters’ long-run interests and demagogues who cater to voters’ short-run desires. Parties propose consumption and investment. Voters base choices on current-period consumption and valence shocks. Younger/poorer economies and economically-disadvantaged voters are attracted to the demagogue’s dis-investment policies, forcing far-sighted representatives to mimic them. This electoral competition can destroy democracy: if capital falls below a critical level, a death spiral ensues with capital stocks falling thereafter. We identify when economic development mitigates this risk and characterize how the death-spiral risk declines as capital grows large.

04 - The Effects of Social Capital on Government Performance and Turnover: Theory and Evidence from Italian Municipalities

This paper makes three contributions. First, it presents a theoretical analysis of how social capital, formalized as trust in politicians, impacts on government performance and turnover, employing a political agency model with both moral hazard and adverse selection. Second, it presents novel measures of both local government performance and on social capital at the Italian municipality level, using administrative data and an online survey respectively. Third, empirical results are consistent with the main predictions of the theory; higher social capital improves both the discipline and selection effects of elections (performance both in the first and final terms in office), but also increases turnover of incumbent mayors.

There has been a phenomenal global increase in the proportion of women in politics in the last two decades, but there is no evidence of how this influences economic performance. We investigate this using data on competitive elections to India's state assemblies, leveraging close elections to isolate causal effects. We find significantly higher growth in economic activity in constituencies that elect women and no evidence of negative spillovers to neighbouring male-led constituencies, consistent with net growth. Probing mechanisms, we find evidence consistent with women legislators being more efficacious, less corrupt and less vulnerable to political opportunism.

Millions of women continue to die during and soon after childbirth, even where the knowledge and resources to avoid this are available. We posit that raising the share of women in parliament can trigger action. Leveraging the timing of gender quota legislation across developing countries, we identify sharp sustained reductions of 8–10 percent in maternal mortality. Investigating mechanisms, we find that gender quotas lead to increases in percentage points of 5–8 in skilled birth attendance and 4–8 in prenatal care utilization, alongside a decline in fertility of 6–7 percent and an increase in the schooling of young women of about 0.5 years. The results are robust to numerous robustness checks. They suggest a new policy tool for tackling maternal mortality.

Italy became one nation only relatively recently and as such there remains significant regional variation in trust in government and society (so-called “social capital”) as well as in language and diet. In an experiment conducted across three Italian cities we exploit variation in family background generated through internal migration and make use of novel measures of social capital, language and diet to develop a new index of cultural heritage. Our new index predicts social capital, while self-reported identity does not. The missing link between the past and current identity seems to come through grandparents (especially maternal grandmothers) who have a strong role in developing the cultural identity of their grandchildren.