The GSD community had a busy time at COP26!

From speaking on panels to featuring on the big screen, our staff, students, and graduates had their say at this year's global summit. Hear from some of our community who attended: 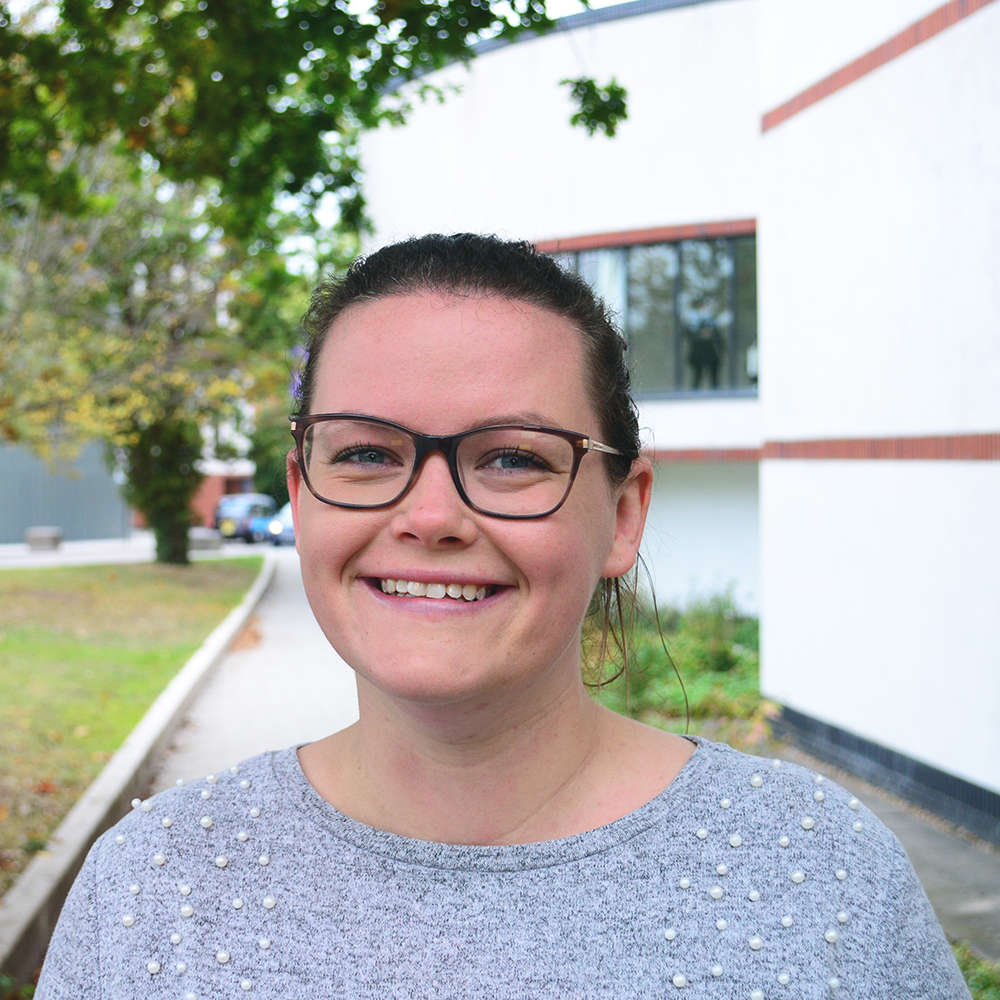 Dr Jess Savage, Assistant Professor in GSD and Deputy Head of the School for Cross-faculty Studies attended COP26 as one of only a few academics and experts selected as University of Warwick Official Delegates.

Jess attended the Green Zone, a space managed by the UK Government where there were opportunities to listen, learn, and celebrate climate action. She also had access to the Blue Zone, a UN-managed space that hosted the negotiations.

"Attending COP26 was an excellent opportunity to learn more about how global policy is designed. In theory, it should have given me a great deal of optimism for how humans might meaningfully respond to climate change. In reality I had a very mixed experience. There was certainly a palpable feeling of optimism, and it was great to see conversations regarding the wider complexities of climate change go beyond carbon emissions and deforestation. However, there were stark inequalities regarding access, inclusivity and voice. COP26 had a lot to live up to. I don't think it hit the mark, but it was certainly better than no COP at all. The next step is to learn from the limitations of COP26, and accelerate collaborations and conversations towards a unified global response to the challenge of climate change."

2.5 billion coffee cups are used and thrown away each year in the UK - enough to stretch around the world roughly five and a half times - but less than 1 in 400 - just 0.25% - are recycled (Environmental Audit Committee, Disposable Packaging: Coffee Cups Contents).

Delegates at COP26 were served drinks in reusable cups as part of a strategy to limit waste at the global summit.

Closer to home, Warwick Cup was founded by GSD students in 2020 to tackle waste produced by single-use cups through a reusable cup-sharing system on campus.

Both examples of cup-sharing systems give us hope that perspectives on single-use waste consumption are changing.

Above: Zero Waste Cups at COP26

Above: Dr Jess Savage, Dr Elizabeth Chant, and David Chapman with the Beira team at COP26

Dr Jess Savage and the University's Sustainability Champion, David Chapman, spoke to Beira, a fashion brand aiming to limit the impact on the environment by using waste and end of roll fabric.

We’re looking forward to hopefully working with Beira in the future!

"This is the time for activism, not despair": Benjamin Georges-Picot shares his thoughts on this year's conference

Benjamin Georges-Picot, a final-year BASc Politics, International Studies and GSD student, is a seasoned activist who has attended climate conferences for years. Benjamin attended this year's COP with the British Columbia Council for International Cooperation (BCCIC). BCCIC is a Canadian NGO working on the Sustainable Development Goals (SDGs) and is based in Vancouver, British Columbia. BCCIC has had a youth-led Climate Change Branch since 2017, doing research, advocacy, and youth capacity-building, and has been organising youth delegations since COP23.

"COP26 has been described by some observers as their hardest COP ever, owing to the logistical challenges of a COP in a Covid year, and the restrictions put on observer engagement in the venue. In contrast, this was my best COP. COPs are overwhelming experiences, and I am now finally at the point where I feel fully in control of what I do and what is happening around me, that I understand everything and that I make myself useful. This is the satisfying side. The other side of the experience is the distress experienced when seeing some of the shocking developments and the draft agreements released. As such I have dubbed this the good COP/bad COP experience.

Above: Benjamin Georges-Picot at COP26

One line I read that struck me in the aftermath of the conference is: 'do we celebrate the breadcrumbs or shout that it’s not enough? We do both'. The activist side of me says that 1.5°C is on a lifeline and that in the absence of climate justice the lives of millions are in the hands of outdated incentives and questionable characters. The analyst side recognises the challenges faced by the UK Presidency. Some progress was made, and we have COP27 next year for further progress, but there is a mountain of work to be done - by everyone - and 2030 is closing in. This is the time for activism, not despair."

Each day at COP26, Šimon Michalčík, a final-year BASc GSD and Business Studies student, welcomed delegates with The Change Chocolate - chocolate that is carbon neutral, fair-trade, and plants trees. The chocolates were wrapped with a powerful message for the delegates: restoring a trillion trees can absorb 25% of all human-made carbon emissions and give us the time needed to fight the climate crisis. This year's slogan on the front of the chocolate bars was "Store below 1.5°C to avoid a meltdown".

Šimon attended COP26 as a member of the delegation of Plant-for-the-Planet, an international NGO. Plant-for-the-Planet's mission is to support reforestation projects across the planet - especially in developing countries - and empower young people towards climate justice. Šimon has been part of the organisation since he was 14 and founded the Plant-for-the-Planet Foundation in the Czech Republic.

Above: Dr Jess Savage and Šimon Michalčík at COP26 with a bar of The Change Chocolate

Daveena Saranna, one of our BASc graduates and a current MASc Global Sustainable Development student, took part in a film where young people put experts on the spot about climate change for COP26. In this special episode of Robert Llewellyn's Fully Charged Show, commissioned by the National Grid, young people passionate about making a difference asked experts in the fields of energy and transport their questions about what the world will look like if we don't change what we are doing.

The episode was shown at the IMAX cinema in the Green Zone of COP26, during an event organised by the UK’s National Grid.

"I was super keen to get involved - I wanted trustworthy and accurate answers to questions that have been avoided for far too long!"

Daveena also spoke on the 'Putting Younger Generations in Charge of the Switch to Sustainable Energy and Transportation' panel in the Green Zone of COP26. The panel discussed the switch to sustainable energy and transportation, including whether we are making progress fast enough, where they want to see focused efforts when it comes to cleaning up transport, and what they want those in charge now to do to protect their future.

Watch the recording of the panel here.

Meredith Whiting, a BASc Sociology and GSD graduate (Class of 2020), won the Sport@COP Hackathon, a competition for university students to pitch their best ideas for sustainable sports solutions to global industry leaders.

Meredith and another student from Coventry University pitched the idea of ‘Pick Up + Play’, focusing on the problem of litter and waste in green spaces. ‘Pick Up + Play’ aims to increase participation in sport and encourage engagement with sustainability. The project aligns with several Sustainable Development Goals, focusing on waste and education. ‘Pick Up + Play’ will hopefully be launched next year in Coventry, with the possibility for further expansion in other areas in the future. We wish Meredith the best of luck with this new initiative!

One of our Class of 2020 graduates, Mia Sannapureddy, featured on a panel in the Green Zone discussing different perspectives on the role of finance when working towards a brighter future. The panel shared their thoughts on how to take control of your savings, pensions and banking and ensure that they're working to create a greener, healthier and happier world.

Mia is currently a Research Assistant at the Centre for the Study of Existential Risk, University of Cambridge. She works on sustainable finance, supporting research on mitigating climate change and inequality through the investment policies and practices of institutional investors.

Have come to realise that COP 26 is essentially Climate Changes’ answer to Epcot, with less ice cream and more coffee…#climate #COP26 pic.twitter.com/Y9vsGAB7yd

The best mechanism for leaflet delivery I’ve ever seen! The key is wrap it around chocolate!!! Thanks @trilliontrees pic.twitter.com/05fuBACZ7l

Today and tomorrow at #COP26 delegates will be discussing nature and land use, and how to transition towards more sustainable management of our land and ocean. Dr Jess Savage of @WarwickGSD comments.
Read in full https://t.co/Gbl4qyk5gb pic.twitter.com/W7iSYG30B2

Prize-winning students! 👏 Postgraduate students @merewhiting and Mia Duckers won the top prize at a sport-themed hackathon held around the @COP26 summit in Glasgow. Find out more about their winning idea: https://t.co/Qx7YywrlEE #RiseUp pic.twitter.com/sOWZEJ3B0X