THE UK AND THE WESTERN BALKANS AFTER BREXIT – NEW POLICY BRIEF

What priorities should shape the UK’s relationship with the six Western Balkans countries after Brexit? The latest policy brief from GLOBE, a research centre within the University of Warwick’s Law School, considers how the UK can best develop a long-term sustainable relationship with the region independent of any EU approach.

Since the 1990s UK policy towards the Western Balkans has been shaped by the EU’s enlargement policy, which aimed to support the gradual integration of the six Western Balkans countries. This week President Macron has proposed that integration should become a staged process tied more strongly to domestic reforms. Whatever the impact of the French proposals, after leaving the EU the UK will need to forge an independent relationship with the region.

In The UK’s Policy on the Western Balkans Dr Andi Hoxhaj draws on the insights generated by his British Academy-funded research work on anti-corruption policy and the rule of law in the Western Balkans, the UK and the EU, to put forward a series of recommendations that could guide UK decisions. 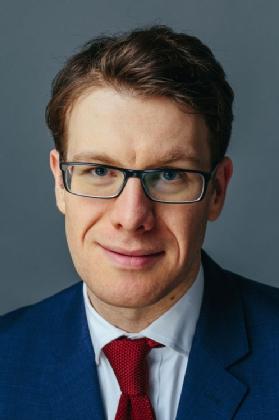 Dr Hoxhaj is a specialist on the Western Balkans and his expertise has been called upon by the House of Lords International Relations Committee, who invited him to give evidence on corruption, good governance, EU Enlargement Policy, the migration of young people and the rule of law in their 2018 inquiry, The UK and the Future of the Western Balkans. He has co-ordinated two high-level workshops exploring the historical, cultural, economic and security relationship between the EU and the Western Balkans and investigating how Brexit might affect Britain’s policy approach towards the Western Balkans, particularly around security, migration, and the fight against organised crime and corruption. Dr Hoxhaj is also an author of a forthcoming book “The EU Anti-Corruption Report: A reflexive governance approach.” His research in the book presents an in-depth study of successes and failures in the evolution of a European-wide anti-corruption programme, and analyses the development of anti-corruption as a policy field in the European Union.

Dr Hoxhaj comments: “In July 2018 the UK Government hosted the UK–Western Balkans Summit, which focused more closely on UK national security interests - such as organised crime, illegal migration and financing of terrorism - than on exploring new ways to build a sustainable and mutual beneficial relationship post-Brexit. 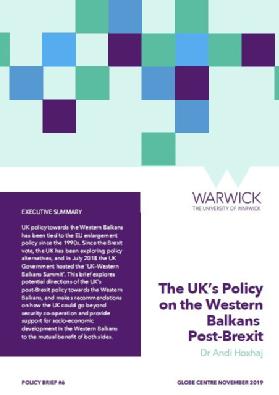 “My brief puts forward a set of recommendations laying the foundations for a sustainable relationship which would take serious account of the interests of the Western Balkans and its citizens in areas relating to socio-economic developments, the investment climate and trade as well as the fight against organised crime and corruption.”

Dr Andreas Kokkinis, Associate Professor at Warwick Law School and editor of the briefing series, said: ‘‘The many aspects of Brexit continue to dominate the headlines and GLOBE is delighted to offer this overview of Dr Hoxhaj’s significant work on the relationships between the Western Balkans, the UK and the EU and what impact Brexit will have in this area.

“In his brief Dr Hoxhaj recommends that the UK government takes a broad focus which includes security concerns but looks beyond them to a relationship which could enhance security, stability and economic success in the region.”

The aim of the GLOBE policy brief series is to improve the factual base on which policy decisions are made and share cutting-edge academic research in an accessible and relevant manner with policymakers, the media, civil society groups and the general public.

Previous papers in the series explored the regulatory impact of the UK’s withdrawal from the European Union on the UK’s financial services sector, and the consequences of Brexit for intellectual property laws and policies, and the UK’s ability to influence European and international norms in this field.

The Centre for Law, Regulation and Governance of the Global Economy (GLOBE) at Warwick Law School, created in 2014, is a research and public engagement centre that brings together staff and postgraduate students working in international economic law, business and commercial law, corporate governance and financial regulation.

The EU Anti-Corruption Report: A reflexive governance approach by Dr Andi Hoxhaj is forthcoming this autumn in the Routledge Research in Law, Crime and Culture series.