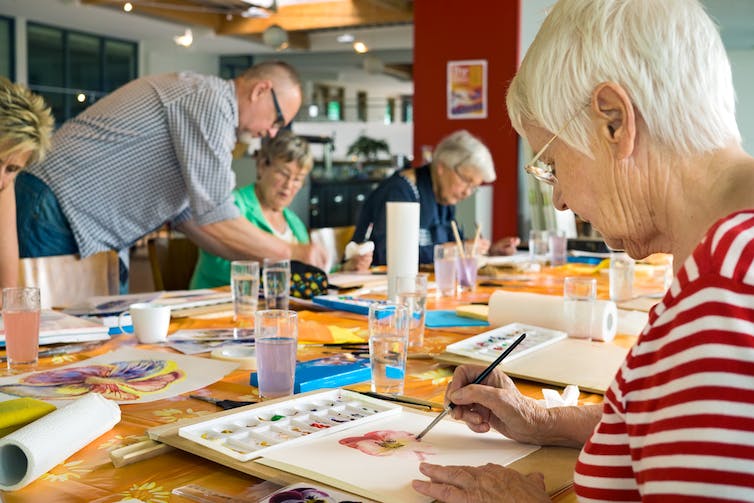 GPs in England will now be able to prescribe social activities to their patients, such as dance classes, art groups, walking clubs and volunteer work, as part of the government’s ground-breaking new loneliness strategy.

This initiative, endorsed by the Royal College of General Practitioners, is certainly eye-catching. But is it ethical? As moral philosophers, we ask not just whether the consequences of an initiative are acceptable, but also whether the initiative respects and honours people as people.

One danger is that social prescriptions are dismissive and paternalistic toward people. Being given a social prescription might feel like being prescribed broccoli on the NHS. It might seem to trivialise the pain of loneliness as something easily solved with some chat, the social equivalent of eating more greens. If a GP gives someone a social prescription, he might leave her office feeling more disheartened and incompetent than when he walked in.

Yet, having a doctor not just advise, but prescribe regular social activity could also be a powerful motivator. According to social neuroscientist John Cacioppo, people who endure chronic acute loneliness have to combat the withdrawal and passivity that come with feeling threatened. They need a safe place to test out the uplifting sensations that come from simple moments of social connection. With a prescription in hand, they might be better able to take the baby steps necessary to reintegrate.

The stigma of loneliness

Yet, we believe a medical solution offers some advantages. It normalises the fact that some people need help integrating, just as some people need medicine to treat ordinary ailments. A medical response lessens the impression that loneliness is a person’s own fault, and so can help to reduce its stigma.

What might reduce the stigma more, however, is a flagship policy that expands people’s opportunities to be meaningful social contributors.

The fact that the new loneliness strategy lacks such a policy is striking. As economist-cum-happiness-czar Richard Layard points out, a critical element in getting out of loneliness is feeling useful to others. It’s vital that connections involve contributing to others’ well-being, and that the government invest in strategies that can foster that sense of supportive purpose.

The government could expand people’s opportunities to serve each other, for example by creating incentives for people to participate in community volunteer work or piloting mandatory community service. It could also work with the RSPCA to invest in re-homing more companion animals, or offer incentives to engage in family socialising by subsidising holidays with extended family members. Policies could also ensure that non-standard working hours don’t deny families shared free-time, and provide incentives for people to live with others rather than on their own.

Given that chronic loneliness is correlated with many health risks including depression, alcoholism, reduced immunity, suicidal thoughts, and even early death, a person who is prescribed social activity will be quite vulnerable. Yet, despite that, they will be instructed to go into a foreign setting with strangers. So, social prescriptions do come with risks: that other people won’t be kind and won’t provide a safe space to experiment in socialising. It will be key for GPs, link workers and community groups to manage such risks.

Even if social prescriptions are not unduly risky, they would be ill-advised and self-defeating if they corrupted the social bonds people could make through new activities. Some philosophers would question how sincere someone’s socialising can be if they are there on their doctors’ orders. But, a doctor’s referral need not have this compromising effect. Children must go to school, but that doesn’t corrupt the friendships they make there. We can be sincere in our social overtures even when a different motivation got us through the door.

It’s the end game that matters most. With a course of antibiotics, we aim to recover and stop taking the medicine. When it comes to social connections, however, we have deep interests in ensuring our bonds persist. If all goes well, a social prescription will continue indefinitely. This means that the providers of the dance classes, art groups, or walking clubs must have the resources to ensure people can continue their prescribed social activities after their NHS allocation runs out.

The new loneliness strategy is the beginning of a process. The government deserves applause for appointing the world’s first loneliness minister, Tracey Crouch, to take seriously the late MP Jo Cox’s crusade to uncover the hidden tragedy of widespread loneliness in the UK. It also deserves credit for tackling loneliness through cross-government proposals that are necessarily tentative and open to review, as more evidence emerges on the causes and remedies of loneliness.

For now, although we have raised legitimate concerns about the expansion of social prescription, we do not think they are unethical.

Kimberley Brownlee is a Professor of Philosophy. Her areas of expertise lie within moral, political, and legal philosophy. She is currently leading a Leverhulme Trust Research Project titled Investigating the Ethics and Politics of Sociability.

David Jenkins joined Warwick in September 2017 and is a postdoctoral research fellow on the Leverhulme Trust Research Project titled Investigating the Ethics and Politics of Sociability.