Prime Minister Boris Johnson has likened himself and Britain to the Marvel character The Incredible Hulk. Julian Schmid, a doctoral researcher in Warwick’s Department of Politics and International Studies, analyses Boris Johnson’s choice of Marvel superhero from a cultural and political perspective.

Boris Johnson made his Hulk comparison just before he set off to Luxembourg for new negotiations with the European Union. According to Mr Johnson, just like the Hulk, he would break free from the manacles of the EU, adding that the angrier he gets, the stronger he gets. While the comparison to a fictional film and TV character seemed to irritate political commentators and the opposition, the reference to the Hulk seems to lend itself to a variety of fictionalised and mythologised historical references against the backdrop of Brexit, seeing the European Union equated to Nazi Germany or the battle for Brexit to the Blitz. Doubtful analogies like these have been accompanying us more frequently ever since the split with the EU became a reality three years ago.

However, as surprising as Johnson’s statement might seem, the political use of artefacts within popular culture is nothing new. Appealing to cultural narratives and tropes has a long history within politics, but seems to be coming to a peak in an age of rising populism and increasingly polarising political debate (one might also think of Trump’s self-description as “genius” or, more recently, the “chosen one”).

The interesting aspect about Johnson’s Hulk reference is that people are familiar with key features of the text, namely that he is a superhero, strong and angry - even if they haven’t seen the films or read the comic books.

Johnson’s own words reflect a vague understanding of a character that has appeared multiple times on screen since 2003; given Johnson’s generational belonging, he might have taken inspiration from the TV series “The Incredible Hulk”, running from 1977-1982.

However, Johnson’s reference, as so many other attempted analogies of the past three years, remains flawed. While the Hulk as much as other superheroes goes on to fight evil, his battle is predominantly one with himself. He is created through an accident, at the time reflecting nuclear anxieties at a high point of the Cold War - the character’s first appearance comes only months before the Cuban Missile Crisis in 1962. His mood is uncontrollable, he is erratic, irrational and deeply violent. Ultimately, he stubbornly fights an endless wave of villains until eternity.

What we can draw from the Prime Minister’s rhetoric, however, is a diplomatic state of mind with which he aims to engage with his European counterparts during the negotiations. After all, the Hulk forcefully overcomes his enemies (of which there are many) with little regard for convention or the rule of law. In the comic books and on the cinema screens Hulk literally smashes his opponents into submission. Critical voices immediately rebuked Johnson on Twitter. EU Brexit Coordinator Guy Verhofstadt described Johnson’s rhetoric as “infantile”, questioning the diplomatic potential of his remarks. And even Hulk actor Mark Ruffalo got involved, tweeting that, contrary to Johnson, the Hulk cared about the “good of the whole” and “works best when he is in union with a team.”

The Hulk serves here as the attempt to simplify the complex matter that is Brexit. In this sense, he functions as a surrogate myth, one that is still easily recognisable and understood by a broader audience (like the Blitz) without the dramatic historical ramifications (of the Blitz). However, this eventually leads us to a point where the rhetoric around a fictional character is not different at all anymore from other historical and cultural analogies we have heard of in the past few years.

We might have to get used to the possibility that these references (correctly and adequately applied or not) are having actual influence on foreign relations. This is not to be underestimated. EU officials have heard and reacted to Johnson’s words and despite them being taken from the realm of comic books and films, they are understood and received on a diplomatic level. Mark Ruffalo getting involved via Twitter opens up yet another channel through which politics is being negotiated, namely in new and digital spaces, far away from traditional arenas of political engagement.

Rather than seeing this as an escapist and apolitical exception, I would diagnose that we are in the middle of an era in which a variety of agents and actors engages in different communicative processes. Popular culture then occupies the space in which diplomatic relations are being practiced - relations that have implications for real people. In this sense, there is a lot more in Boris Johnson’s mind where Hulk came from. 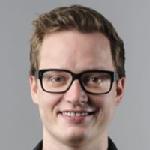 Julian Schmid is currently in the third year of his PhD at the Department of Politics and International Studies at the University of Warwick, having previously obtained a diploma in Political Science from the University of Vienna.