The Government announced in the Queen’s Speech that it is going to deliver on its manifesto commitment to repeal the Fixed-term Parliaments Act 2011. The Labour Party manifesto also promised to repeal the Act on the grounds that it had stifled democracy and propped up weak governments. Depending on your point of view, this is either a power grab by the prime minister to secure partisan advantage or a welcome step to get rid of a badly designed constitutional anomaly, explains Wyn Grant, Professor Emeritus in Warwick's PAIS and expert on British Politics.

The Act has its origins in the Conservative-Liberal Democrat coalition that was in office from 2010 to 2015. Critics would argue that it was just a politically expedient way of ensuring that neither party could secure political advantage by pulling out short of the five year Parliamentary term. Its defenders would say it was a way of giving the Government much needed stability at a time of economic crisis.

Under the Act, there could only be an early election if two-thirds of the House of Commons voted in favour of one, or if the Government lost a vote of confidence. This opened up the bizarre possibility of a Government passing a vote of no confidence in itself in order to secure an election. After a vote of no confidence there would be a two week period in which an alternative government could be formed, but there was uncertainty what would happen in this period. For example, did the serving prime minister have to resign?

The Government was able to get a two-thirds majority for the 2017 election given that Labour was confident of doing well (only 13 MPs voted against). Government failed to secure a two-thirds majority three times in 2019 but was able to pass an Early Parliamentary General Election Act. The super majority provision in effect gave a veto to the opposition and also to dissident backbenchers.

When passed into law the Dissolution and Calling of Parliament Bill will revive the prerogative powers that allow the Government to call an election at a time of its own choosing. There has been speculation that the Government might want to call a general election in 2023 if its good poll ratings continue. The prerogative powers remain with the Queen, but she dissolves Parliament at the request of the Prime Minister. Some think this could drag her into partisan politics.

From the Government’s point of view going back to the way things were prevents stalemates in Parliament from paralysing democracy as they argue happened in the last Parliament. The legislation will also reaffirm the view that the courts may not block a dissolution and hence a general election. This reflects a broader concern on the part of the Government that the courts are accruing too much power through judicial review.

Opponents of repeal have argued that the government’s draft bill is based on a false premise: a misunderstanding of the causes of paralysis in the 2017 parliament. The 2017-19 parliament was gridlocked, with a government unable to deliver its flagship policy on Brexit, because of a minority government deeply split within its own ranks (and a divided opposition). Fixed-term legislation works in other Westminster parliaments, establishing a new norm, which is normally observed, allowing parliaments to run their full term. Fixed terms help to ensure predictability in government planning. Before the 2011 Act, the civil service suffered from debilitating speculation about an early election.

Above all, opponents such as the Liberal Democrats argue that it reduces the accountability of governments to Parliament and enhances the power of the prime minister rather than the prime minister deciding to put power back in the hands of the country as the Government argues.

In all the discussion on this topic one issue that has not formed a central part of the debate is, how long should the term of a legislature be? There is considerable variability. The House of Representatives in the United States faces election every two years. In Australia and New Zealand, which have Westminster systems of government, it is three years. In the United Kingdom before 1911 it was seven years, although in practice elections were generally more frequent.

The two year cycle in the US House of Representatives means that members of Congress are engaged in a continuous election campaign, particularly given the possibility of primaries. This requires considerable funding which creates opportunities for special interests to exert influence. Three years is probably also too short, but four years might be a sufficient term for a government to see through its programme (and in practice was often the length of governments in the post-war period as in 1951 to 1955 or 1970 to 1974).

There is a broad consensus in both Houses of Parliament in support of replacing the 2011 Act and the replacement legislation should pass without great difficulty. Indeed, other proposals put forward by the Government on issues such as protest are likely to encounter greater resistance. The 2011 Act was unsatisfactory in many respects, but some of the underlying issue it raises remain unresolved. 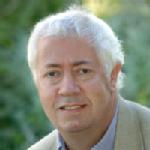