· They will deposit just under 1000 seed samples from different crop species including carrot, cauliflower and onions

· The seed samples are from all over the UK, including a Warwickshire carrot, an Evesham Brussel Sprout and the Leamington Cauliflower

Just under 1000 seed samples from different crop species including kale, carrots and cauliflower are to be deposited at the Svalbard Global Seed Vault in Arctic Norway on the 25th February 2020, from the UK Vegetable Genebank (UKVGB) at the University of Warwick Wellesbourne campus.

The UK Vegetable Genebank (UKVGB) at the University of Warwick’s Wellesbourne Campus is funded by DEFRA, the Department for Environment, Food and Rural Affairs, they manage a collection of approximately 14,000 samples of vegetable crops such as cauliflower, carrot, kale and onions. 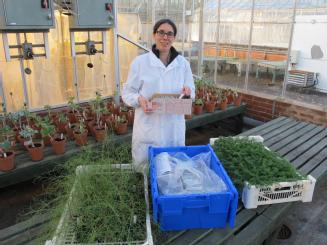 Their first seed deposit to the Svalbard Global Seed Vault contained 101 seed samples from 18 different crops among these onions, lettuce, carrots and different kinds of brassicas (cabbage, cauliflower etc.), however this deposit will contain just under 1000 samples.

The seeds originally came from all over the world and the UK, and include various samples, such as:

· Kales: 93 samples of kale, including traditional varieties such as Ragged Jack, Asparagus Kale and Hungry Gap

· Cauliflower: 77 cauliflower samples, including the Leamington Cauliflower and varieties bred in Cornwall such as St Hilary and St Mawes

· Brussels sprouts: 83 varieties, including varieties developed in the Vale of Evesham such as Rous Lench and Evesham Special

The Shipment also includes 13 samples of wild species related to crops which have been collected from the UK, 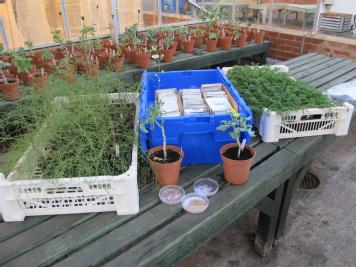 including wild carrot from Warwickshire. Additionally there are a number of varieties developed and bred on the Wellesbourne Campus during the history of the National Vegetable Research Station and successor organisations, such as Avon Coronet (cabbage); Avon Resister (parsnip) and Avon Pearl (celery), safeguarding the long history of vegetable breeding on the site.

The seed delivery will officially take place on Tuesday 25th February at 17:00, where Dr Charlotte Allender will hand over the box with candles and choir and receive a certificate from the Norwegian Prime Minister.

“It’s important to us to send seeds to Svalbard Global Seed Vault as it’s an international repository for crop genetic diversity, to keep seeds safe in case of global catastrophe, such as climate change, global war or some local disaster which may impact seed collections in the gene banks themselves.” 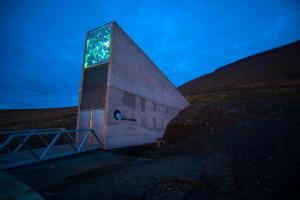 The Svalbard seed vault is in Arctic Norway, the Vault is an insurance policy for the world’s food supply, offering options for future generations to overcome the challenges of climate change and population growth. They hope to secure for centuries, millions of seeds representing important crop variety available in the world today.

Like in other countries, concerns over loss of genetic diversity in crops in the late 1970s initiated gene bank activities at the then National Vegetable Research Station (now the Wellesbourne Campus of the University of Warwick).

The UKVGB opened in 1980, and the IBPGR (International Board for Plant Genetic Resources, now Bioversity International) designated the UK Vegetable Genebank as a base collection within the global network for a number of outbreeding vegetable crops including alliums, brassicas, carrot, radish and minor salads. 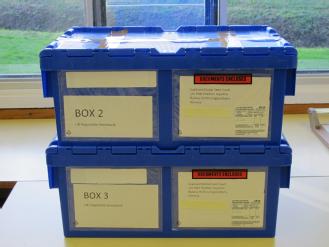 Network. Each year seed samples from the UKVGB are distributed to users both nationally and overseas. The UKVGB is an active member of ECPGR (the European Cooperative Programme for Plant Genetic Resources).

The seed collection at UKVGB is conserved at -20oC, which is in accordance with FAO Gene Bank standards and the same conditions as in the Seed Vault. Seed accessions deposited in Svalbard are also duplicated at the Centre for Genetic Resources in the Netherlands or other genebanks elsewhere.

UKVGB is the second UK gene bank to secure seeds in the Seed Vault. The first one was James Hutton Institute that deposited samples from the Commonwealth Potato Collection in 2017.

https://warwick.ac.uk/services/communications/medialibrary/images/february2020/c_with_crops_posed__.jpg
Credit: University of Warwick. Caption: Dr Charlotte Allender with the crops and one of the boxes

https://warwick.ac.uk/services/communications/medialibrary/images/february2020/charloote_with_crops_.jpg
Credit: University of Warwick. Caption: Dr Charlotte Allender with the crops and one of the boxes

https://warwick.ac.uk/services/communications/medialibrary/images/february2020/the_box_with_crops_.jpg
Credit: University of Warwick. Caption: One of boxes with some of the crops in the glass houses

https://warwick.ac.uk/services/communications/medialibrary/images/february2020/the_box_2.jpg
Credit: University of Warwick. Caption: One of the boxes going to Svalbard

https://warwick.ac.uk/services/communications/medialibrary/images/february2020/boxes_ready_to_fo_.jpg
Credit: University of Warwick. Caption: The boxes ready to go to Svalbard