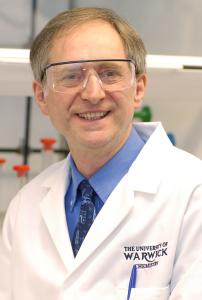 A revolution in cancer treatment could soon be underway following a breakthrough that may lead to a dramatic improvement in cancer survival rates.

A new study at the University of Warwick, published today in the journal Angewandte Chemie International Edition, has developed a new drug that can manipulate the body’s natural signalling and energy systems, allowing the body to attack and shut down cancerous cells.

Called ZL105, the drug is a compound based on the precious metal iridium. The study has found ZL105 could potentially replace currently used anticancer drugs, which become less effective over time, cause a wide-range of side-effects and damage healthy cells as well as cancerous.

Commenting on the breakthrough, University of Warwick researcher and study co-author Dr Isolda Romero-Canelon said “The energy-producing machinery in cancer cells works to the limit as it attempts to keep up with quick proliferation and invasion. This makes cancer cells susceptible to minor changes in the cell ‘power-house’. Our drug pushes cancer cells over the limit causing them to slow and shut down, whilst normal cells can cope with its effects”.

Preliminary data indicate that the novel drug may be ten times more effective in treating ovarian, colon, melanoma, renal, and some breast cancers, according to data obtained by the US National Cancer Institute. The researchers now aim to expand the study to cancers that are inherently resistant to existing drugs and to those which have developed resistance after a first round of chemotherapy treatments.

Study co-author Professor Peter J. Sadler said “Existing cancer treatments often become less effective after the first course, as cancer cells learn how they are being attacked. The drug we have developed is a catalyst and is active at low doses. It can attack cancer cells in multiple ways at the same time, so the cancer is less able to adapt to the treatment. This means the new drugs could be much more effective than existing treatments.”

“Platinum-based drugs are used in nearly 50% of all chemotherapeutic regimens, exert their activity by damaging DNA and cannot select between cancerous and non-cancerous cells, leading to a wide-range of side-effects from renal failure to neurotoxicity, ototoxicity, nausea and vomiting.

“In contrast, the new iridium-based drug is specifically designed not to attack DNA, but to have a novel mechanism of action, meaning that it could not only dramatically slow down and halt cancer growth, but also significantly reduce the side effects suffered by patients” argues Professor Sadler.

This research could also lead to substantial improvements in cancer survival rates. “Current statistics indicate that one in every three people will develop some kind of cancer during their life time, moreover approximately one woman dies of ovarian cancer every two hours in the UK according to Cancer Research UK .It is clear that a new generation of drugs is necessary to save more lives and our research points to a highly effective way of defeating cancerous cells” said Dr Romero-Canelon.

The University of Warwick study, The Potent Oxidant Anticancer Activity of Organoiridium Catalysts, is published in the Angewandte Chemie International Edition - http://onlinelibrary.wiley.com/journal/10.1002/(ISSN)1521-3773

To arrange an interview with one of the researchers, contact International Press Officer Tom Frew on a dot t dot frew at warwick dot ac dot uk, +44 (02476)76575910.

We have ISDN and Globelynx facilities on campus for broadcast interviews.

The Department of Chemistry