The ERC today, the 9th December, announced the winners of its latest Consolidator Grant competition for mid-career researchers. The funding is part of the EU’s current research and innovation programme, Horizon 2020, and worth in total €655 million. With this support, the new grantees will be able to consolidate their teams and have far-reaching impact.

The two Warwick academics who have received the award are Professor David Loeffler, from the Mathematics Institute, and Dr Pier-Emmanuel Tremblay from the Department of Physics. 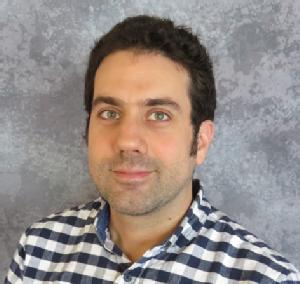 Dr Pier-Emmanuel Tremblay from the Department of Physics has been awarded over €1.9 million for a project to transform our understanding of the stellar neighbourhood within about 300 light years of the Sun, which contains the brightest, most easily visible specimens of almost all types of stars and planets, but remains poorly explored. He comments:
“I will conduct theoretical development to comprehend how white dwarfs and low-mass stars evolve, unlocking the enormous potential of using local stars as cosmic clocks to trace Milky Way formation history at much greater distances. The ERC funding allows me to build a team of experts that will be at the forefront of the stellar revolution triggered by the spacecraft Gaia of the European Space Agency and detailed spectroscopic follow-ups from Chile and La Palma in Spain."

Professor David Loeffler ERC project entitled, "Shimura varieties and the BSD conjecture", will focus on one of the most famous open problems in mathematics, the Birch and Swinnerton-Dyer conjecture. This is a question about the solutions to a certain kind of equation, defining a so-called "elliptic curve". 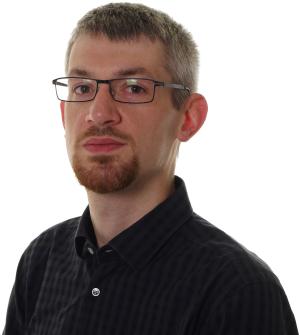 In the 1960's, Bryan Birch and Peter Swinnerton-Dyer calculated the solutions of lots of equations of this type, using one of the earliest computers, and made a striking observation that the number of solutions seemed to be determined by a certain "magic number" called an L-value. The conjecture has been at the centre of mathematical research for over 50 years now, and many special cases have been proved, but the full conjecture remains unsolved.

Loeffler's ERC project will focus on attacking this problem using sophisticated tools called Euler systems, which have been the focus of his research for over a decade. Loeffler has previously received several other research grants and prizes for his work on Euler systems, many of these jointly with his wife and research collaborator, Sarah Zerbes of University College London. He comments:
"The Birch--Swinnerton-Dyer conjecture is one of the crown jewels of number theory. I really feel it's a privilege to be able to work on this beautiful theory, and I'm hugely grateful for the ERC grant which will allow me to focus on it full-time.”

Mariya Gabriel, European Commissioner for Innovation, Research, Culture, Education and Youth, said: “Congratulations to all this year’s ERC Consolidator Grant laureates - all selected solely based on excellence. While there is still progress to be made worldwide in achieving gender balance, I am pleased to note that there is an upward trend in women applying for this ERC scheme. We can also see that in this ERC competition the proportion of female applicants who were successful is the highest ever achieved - higher than that of male applicants.”

ERC President Professor Jean-Pierre Bourguignon, commented:
“This funding not only empowers bright minds from across Europe to pursue their most ambitious ideas at a critical stage of their careers, but also helps train the youngest generation of researchers as members of their ERC teams. To prepare for the challenges of tomorrow, Europe must stick to the vision of investing in frontier research, which has proved time and again its crucial added value. That is why so many count on Europe’s leaders to endow the “Excellent Science” pillar of Horizon Europe with the resources essential to strengthen Europe as a whole.”

The University of Warwick is a founding member of EUTOPIA, a network of six European universities working together to create a new model for higher education across the continent – one that is based on increased mobility, inclusivity, and serving its six regional communities.

EUTOPIA has invested in co-teaching PhD and MA scholars between different European countries, as well as continuing to establish a growing number of academic and professional collaborations between the UK, France, Belgium, Spain, Sweden, and Slovenia. In 2019, EUTOPIA was included in the prestigious ERASMUS+ ‘European Universities’ programme. More information here.

The ERC Consolidator Grants are awarded to outstanding researchers of any nationality and age, with at least seven and up to twelve years of experience after PhD, and a scientific track record showing great promise. Research must be conducted in a public or private research organisation located in one of the EU Member States or “Associated” Countries. The funding - up to €2 million per grant, plus in some cases an additional €1 million for start-up costs - is provided for up to five years and mostly covers the employment of researchers and other staff to consolidate the grantees' teams.

The European Research Council, set up by the European Union in 2007, is the premiere European funding organisation for excellent frontier research. Every year, it selects and funds the very best, creative researchers of any nationality and age, to run projects based in Europe. It offers four core grant schemes: Starting, Consolidator, Advanced and Synergy Grants. With its additional Proof of Concept grant scheme, the ERC helps grantees to bridge the gap between grantees' pioneering research and early phases of its commercialisation. To date, the ERC has funded over 9,500 top researchers at various stages of their careers, and over 50,000 postdocs, PhD students and other staff working in their research teams. The ERC strives to attract top researchers from anywhere in the world to come to Europe. Key global research funding bodies, in the United States, China, Japan, Brazil and other countries, have concluded special agreements to provide their researchers with opportunities to temporarily join ERC grantees' teams. The ERC is led by an independent governing body, the Scientific Council. The ERC President is Professor Jean-Pierre Bourguignon. The overall ERC budget from 2014 to 2020 is more than €13 billion, as part of the Horizon 2020 programme, for which the European Commissioner for Innovation, Research, Culture, Education and Youth, Mariya Gabriel, is responsible. More information ERC website Horizon 2020