Our Regional Fellows have been selected from across Coventry and Warwickshire to help us build and strengthen links into the region. We will also benefit from the expertise and knowledge they will feed into the Institute.

Abigail leads the Millennium Point team, responsible for driving the vision for the organisation forward while ensuring best practice across both the property company and charitable trust. Having graduated from the University of Wales, Aberystwyth, with a master’s degree in Business Administration (MBA), Abigail spent the next 20 years providing instrumental guidance and advice to privately held UK businesses during her time at Grant Thornton and KPMG.

Capitalising on all her experience, she is delighted to now be leading the team at Millennium Point, focusing on driving the commercial strategy as a landlord and events provider, to generate funds to meet the charitable objective of supporting science, technology, engineering, and mathematics (STEM) in Birmingham and the West Midlands.

Abigail is extremely passionate about supporting and promoting STEM and creating as many opportunities as possible to support future generation of innovators.

As CEO of Millennium Point, Abigail is determined to inspire more young people to enter the STEM industry which will not only have a positive impact on the UK economy, but the results will be life changing for our young people and their families.

“Growing up in a South Wales mining village, I am hugely aware of the importance of creating opportunities for the next generation, and so I am delighted to support the WIE in forwarding their public and community strategy to bring together the local community and University of Warwick.”

Clare is CEO of Grapevine Coventry and Warwickshire. Relationships are at the heart of their work. Relationships solve problems and open up opportunities - for people, for organisations for systems. Grapevine Coventry and Warwickshire works with the strengths of individuals and communities to help them bring about change that will improve their lives and futures. We’re deeply rooted in a place. We aid them to find a voice, organise, advocate for shared interests, and bring about change.

We’re inspired by how social movements happen and we use the same methods to spark community action. We help people form strong two-way relationships and take collective action on the things that matter to them.

But we don’t stop there. We want to get at root causes of problems that won’t go way – not just treat the symptoms. We do that by working with systems and services like the NHS and local authorities to see how together we can understand and tackle the real problem – for good.

Eilis O'Donnell, Assistant Director of Operations for IntoUniversity partnership across the Midlands

Eilis is the Assistant Director of Operations at IntoUniversity with responsibilities for the charity's Learning Recovery response to the Pandemic, Schools Programmes and South West and West Midlands and Oxford regions. Prior to joining IntoUniversity, Eilis worked as an English and psychology teacher in a Secondary school in London and is passionate about using evidence-based practice to support student success. Eilis is based in Coventry and works closely with the University's Widening Participation team to support the IntoUniversity Coventry centre based in Hillfields.

Hardish began his professional career in arts marketing and PR over 30 years ago and has since worked with dance, music, theatre, festivals, visual arts, cinema, fashion, clubs, museums and heritage organisations and artists in the UK and Europe.

Hardish has also advised artists and arts organisations on audience and organisational development as well as race equality with clients including Arts Council England, British Council, Department for Digital, Culture, Media and Sport, Danish Centre for Culture and Development.

Hardish began his career as a DJ, director and producer working in theatre, live events and club nights. He has also written for magazines as a guest editor and journalist as well as authoring a supernatural thriller, 'Spirits Message'. Hardish is currently working with Coventry Artspace on a major South Asian Heritage Project (working title), a project underpinned by identity and social history (which have featured throughout his working practise). He also continues his passion for film and TV.

On joining as a regional Fellow Hardish reflected: “Engagement in all its’ forms and communities has underpinned the work I have been involved with for over thirty years, so it’s a real pleasure to join Warwick Institute of Engagement as a Regional Fellow, which has already demonstrated what is possible through the strength of internal and external partnerships.”

I’m Projects and Development Manager at Warwick District Council’s Arts Section and Warwick District Creative Compact Manager. I develop and implement programmes and initiatives to support creative sector growth, and I’m particularly interested in the role that Universities can play in this area. I look forward to exploring this further as a Regional Fellow.

Laura Elliot is the Chief Executive of the Belgrade Theatre where she leads the strategic direction of the theatre. Prior to this she had a 10 year career in programming including as Programme Director at Oxford Playhouse, and Programme Manager at Warwick Arts Centre.

Nor Aziz, Member of the Board of Directors for Culture Coventry and Founder of Uniting Communities

Nor’s connection with Coventry begins in 1994 when she came to Coventry with her family to study Town Planning at Coventry University. She completed a doctoral research degree on climate change and local economy at University of Warwick in 2003. She left my post as environmental officer at Kingston University London in 2014 and has since played an active role as a creative engagement practitioner focusing on creating a supporting community using participatory approach to help people realised their potential and live the best life they can. Over the past seven years she has supported individuals, community groups and projects to effect change in the widest sense. Her works focused on creating togetherness and enhancing sense of belonging in contexts where people and ethnic groups are under-represented and less inclusive. She utilises culture and foods to initiate grassroots responses to find solutions together. She is passionate about recognising and inspiring the leader in others at an individual level to generate collective move, and for them to feel empowered to realise their potential. Her main interest is in bringing together cultural practices and the creative economy to create, talk, tackle isolation and improve people's wellbeing. Her most recent work was a documentary film on heritage, values and life in Coventry. The grant was awarded by the British Council in partnership with Coventry City of Culture Trust. As a creative professional with community cohesion close to her heart, she is adept at forging collaborations and relationships, connects parts of network together, puts people in touch with resources, identifies advantageous development routes for creative activities that are created with, by and for the local people.

Paul Edmondson, Head of Research at The Shakespeare Birthplace Trust

Dr Paul Edmondson is Head of Research for the Shakespeare Birthplace Trust, an Honorary Fellow of The Shakespeare Institute, University of Birmingham, and a Visiting Professor in Human Rights, Birmingham City University.

His publications include: Shakespeare: Ideas in Profile; Twelfth Night: A Guide to the Text and Its Theatrical Life; Destination Shakespeare; Finding Shakespeare’s New Place: an archaeological biography (with Kevin Colls and William Mitchell); New Places: Shakespeare and Civic Creativity (with Ewan Fernie); Shakespeare’s Creative Legacies (with Peter Holbrook); A Year of Shakespeare: Re-living the World Shakespeare Festival (with Paul Prescott and Erin Sullivan); and, in collaboration with Stanley Wells: Shakespeare’s Sonnets; Shakespeare Beyond Doubt: Evidence, Argument, Controversy; The Shakespeare Circle: An Alternative Biography; and All the Sonnets of Shakespeare.

He is a Trustee of the British Shakespeare Association, The Rose Theatre, and The Friends of Shakespeare’s Church.

He is a priest in the Church of England, and has lived and worked in Stratford-upon-Avon since 1995.

Sarah is a Business Founder and Investor in the West Midlands technology sector. She founded and sold a successful ICT project management business and is now investing in exciting new projects including Your Wellspace - a workplace well-being digital start-up - and Secure Workflows - a blockchain multi-agency platform. Her entrepreneurial success was recognised in 2021 when she was awarded the Nachural Business Woman of the Year.

Sarah has been a Board Director for the Coventry & Warwickshire Local Enterprise Partnership (CWLEP) since 2016 driving the development of digital creative clusters with national and regional stakeholders. She became CWLEP Chair in April 2021 leading the public private partnership to implement the Strategic Reset Framework and transition to delivering on the Net Zero and Levelling-Up ambitions of Central Government. She is also a member of the Midlands Engine Digital Board and the West Midlands Combined Authority Innovation Board supporting digital transformation and securing investment to improve economic and social outcomes across the region.

Passionate about future digital talent, Sarah is on the Industry Advisory Board at Warwickshire College, has worked closely with UKIE’s Digital Schoolhouse programme, and was an Industry Partner for the Institute of Coding with Coventry University. She is also an Enterprise Advisor at Campion School and a current student herself studying an MSc in AI and Data Science. 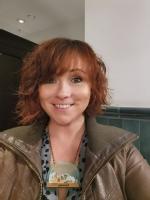 Siobhan is the Senior Broadcast Journalist and BBC CWR’s lead for City of Culture 2021. She was a producer on BBC Radio 4’s Listening Project and produced the documentary, The 2Tone Story which was broadcast on BBC 6Music. She has led several multi-platform community projects that have won several BBC Gold Frank Gillard Awards and two Sony Radio nominations. Siobhan works with artists and communities in the local area and is passionate about finding new talent for radio.

Sue Frossell is a Public Health Consultant working within Coventry City Council. One of her key public health interests is the impact of the wider determinants (housing, jobs, education, etc.) on health inequalities; Coventry’s ‘Marmot City’ agenda is currently one of her lead areas.

Engagement is critical in Sue’s world, whether it is in the relationships which are essential for good partnership working to achieve real, long lasting impact; for gaining a deep understanding of the needs of service users and stakeholders in the commissioning process for key public health services; or for understanding what changes communities want to see and how communities want to be empowered to be a movement for the changes they want to see.

Sue is currently working on a NIHR bid for resources to build the infrastructure for a Health Determinants Research Collaboration in Coventry City Council, where a focussed attention on engagement is essential.

Sue’s other Public Health roles have included Regional Associate Director for Screening Programmes in PHE South Region, managing the transfer of Public Health from the NHS to the LA in Milton Keynes and working as a Health Protection Consultant in Surrey and Sussex HPA.

Meet the Institute of Engagement Fellows

Find out more about