From the London 2012 Olympic Park to the High Speed One (HS1) railway and more, Louise Hardy (BSc Engineering (Civil), 1988) has worked on many high profile and internationally renowned construction projects during her career. She was named in the Financial Times’ Top 100 Women of Influence in Engineering and received the Lifetime Achievement Award at the European Women in Construction and Engineering awards in 2019. In November 2021, Louise was the judges’ choice for the ‘Overall Business Woman of the Year’ at the National Business Women’s Awards (NBWA).

What is your favourite memory from your time at Warwick?

In my final year, I was invited to do research for a concrete block manufacturer. As part of the testing process, I built a wall from these blocks in the Engineering building and jacked it until it cracked under the force. Alongside several academics, all my course mates were there cheering as the concrete wall fractured in two. The experience combined the majesty of big engineering, friendship and fun.

Why did you choose to study Engineering?

I loved the vibe that campus had. It was one of the first universities where there was equal representation of men and women studying.

I liked how broad the Engineering course at Warwick was. Although I specialise in Civil Engineering, understanding other aspects of engineering has helped me to appreciate the contribution that others make when working on major construction projects. This eventually helped me to move into Project and Programme Management later in my career.

What motivated you to pursue a career within Civil Engineering?

When I was 16, I won a place on the London International Youth Science Fortnight trip to Dungeness Power Station in Kent. I remember reflecting on the intricacies of its design and how a team of people came together to create something so imposing and positive for the community.

There was a lot of big engineering construction taking place as I was growing up, including the M25 around London. It was also Women in Engineering Year in 1984/85 and I attended some talks at a university where women engineers talked about their careers. I loved the idea of large-scale projects, seeing the massive equipment and contributing to society.

Graduates, including Louise Hardy, reflect on the Warwick Advantage

What do you wish you’d known at school age about your career pathway?

I wish I’d been more ambitious during my early career, and I think that would have accelerated my progression into more senior roles. That said, I always wanted my career journey to be adaptable and to balance with other aspects of my life and I think I managed to achieve that.

What do you enjoy most about your work?

I enjoy that human endeavour of working together with so many people as part of a team to create and achieve something on a massive scale. I take satisfaction from knowing the projects we work on benefit the communities they serve.

What has been the biggest challenge in your career and how did you overcome it?

Construction of the London 2012 Olympic Park. Aside from the enormous public interest, the project was under significant national scrutiny, which added a lot of pressure. At times, public perception of the project was negative which made it difficult to maintain morale among the team. As the years progressed and it became clear we wouldn’t fail, public perception improved significantly, and our perseverance paid off when we completed a year ahead of the Games.

What achievement in your career are you most proud of?

I was one of 12 people that led the Olympic Park project. More than 15,000 people worked on the supply chain, yet we managed to complete construction without any fatalities. It’s the only modern Olympic Games that has taken place without any construction fatalities, and that’s something I‘m incredibly proud of.

You started taking up Non-Executive Director roles in 2012. What led you to that?

Very sadly, my partner of 25 years suddenly passed away when my children were very young. I had to review how I wanted to approach life from there onwards. As an engineer, I think you’re naturally a problem solver and I approached this in the same way. I wanted to be there for my children and spend more time with them as they grew up, so I decided to move from Director to Non-Executive Director roles. It enabled me to stay involved at the very top level of the industry but without the time intensity. I love working in these roles. They expose me to an extensive range of situations, fit around my lifestyle and allow me to volunteer with charities and trusts to encourage more young women to pursue careers in STEM.

How can we encourage more women to take up STEM subjects?

It’s important to engage with girls at a young age and show them there are exciting careers in STEM. There’s an element of ‘if you can see it, you can be it’ and there are considerably more role models in senior roles in STEM careers than there used to be. It’s key that we’re engaging with young people in the right way around STEM careers – speaking to a five-year-old needs a different approach to a 13-year-old. 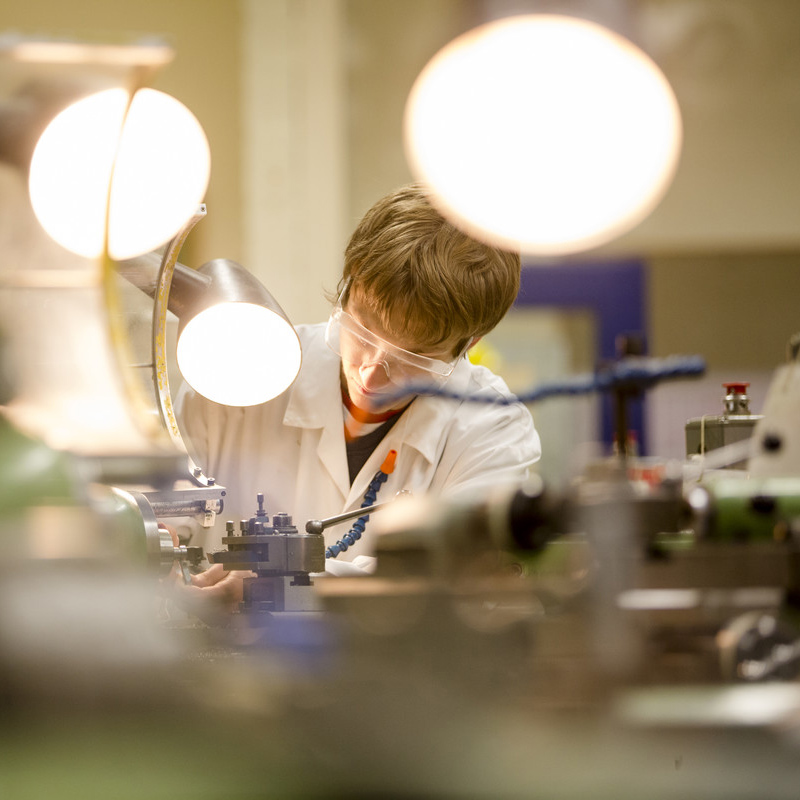 What skills or attitudes do you think are essential to be successful in your line of work?

You need to be resilient, open to change and be a problem solver. Projects don’t always go smoothly and sometimes things can be different to what you initially expected. When I was working on the High Speed One (HS1) rail project there was a foot and mouth disease outbreak for example, which limited all vehicle movements in and out of an area. It’s important to accept those challenges and find ways to overcome them.

Is there someone you look to for inspiration?

My other half Dan was by far the biggest driver, supporter, assistant and advisor in my career. He worked in construction too and constantly pushed me to better myself, giving me the encouragement and confidence to take the next step in my career when I didn’t necessarily believe in myself at the time.

What advice would you give to women and girls who might be looking to work in a similar role to you?

Embark on the journey. It’s challenging, exciting, fun and really rewarding. I’ve met some amazing colleagues and friends through working in the industry and there’s nothing that binds you quite like being on a construction site. Seeing something as magnificent as the Olympic Stadium rise past your office window every day is an incredible feeling.