Site Overview
The site has been excavated numerous times, including twice by the French School at the turn of the twentieth century. However, the most recent excavations were conducted by the Norwegian Institute at Athens in the 1990's, and as a result, scholars are now able to determine what appears to be four distinct developmental phases of the site. Voyatzis summarises these as:

1) A pre-architectural early Iron Age period.
2) The beginnings of the sanctuary with two apsidal structures in the eighth/seventh centuries.
3) The monumental phase where a temple was built during the 6th/5th centuries.
4) The late-classical phase which resulted in a second, and more impressive, temple being constructed.

Pausanias too recalls there being two temples (8.45.4-7), which I shall categorise as the Earlier and Later Temples respectively to avoid confusion.

The Earlier Temple
Having been constructed over the foundations of an even earlier structure from Phase 2, it is essential to consider this as a major point in the history of the sanctuary, as it was the first monumental temple to be built at this site. It followed the same basic plan as the structure before it in that it was positioned on an East-West alignment, and at the time of construction, had many revolutionary features, such as stone foundations upon which was placed wood, bricks constructed from mud, and a small quantitiy of marble. It eventually burnt down in 395 BC, so obviously physical evidence for these building materials is non-existent; instead we rely upon Oestby and his Norwegian team who have become the go-to source for this site.

The Later Temple
For a concise description of the physical appearance of this temple, the aforementioned sections of Pausanias are quite good. He tells us that it was much larger and superior to other Peloponnesian temples, and was constructed with a selection of column orders (Doric, Corinthian and Ionic). He also gives us the name of the architect, Scopas the Parian. This temple was constructed c.350 BC, around the same time as the polis of Tegea was flourishing more so, as there is also evidence for a new agora, city walls, a theatre and a stadium, which may well be testament to the significance of the temple in civic identity. Similarly to the Earlier Temple, it used Doliana marble, but in much larger quantities, and had ramps into both the entrance and also unusually on the north side of the temple.

Athena Alea
'Alea' is an epithet of Athena that seems to have derived from the name of a local divinity, which was combined with Athena to create a new, unique identity for her. However, the goddess Alea seems to also have been named after the city's mythical founder Aleus, so 'Athena Alea' can also be seen as a name that reinforces the polis' heroic past.

Aleus
Aleus, as Pausanias records at 8.4.8, came to the throne and saw Tegea as a major part of his kingdom of Arcadia. He made it his capital, and also built the original sanctuary of Athena Alea. This is from a mythical tale though; as we have seen from the Norwegian excavations, at the time of Aleus, there is not much in the way of archaeological remains, so we may not trust Pausanias on this entirely.

Sacrifice-
Although I haven't yet found out if there were any peculiarities in how sacrifices were conducted at Tegea, there is accounts of the altar on which they would have been performed. We are told that the tale of Zeus' birth are on the altar, with figures including Memory and the Muses around the main image. It was allegedly constructed/designed by Melampus, son of Amythaon, who was a ruler of Argos.
Dedications-
There is evidence of small bronze Athenas being dedicated as a form of votive offerings from the Archaic period, as well as lead figurines of females, bronze pins, and geometric fragments of clay, presumably from vases. Alongside these, it is again Pausanias who provides us with the 'most important' offerings to the temple, which included the hide of the Calydonian boar, the shield of Marpessa, a portrait of Auge, a sacred couch of Athena, and the fetters worn by the Lacedaemonian prisoners.
We are told that the original image of Athena that was used in the temple was taken by Augustus and placed within his Forum, and it was therefore replaced with a new one constructed of ivory.
Festivals-
As far as I can tell, there were three festivals that occurred at the sanctuary of Athena Alea: the Plyntheria, the Aleaea, and the Halotia.
The Plyntheria
I think that there might have been an Athenian Plyntheria, so it makes sense that this would follow a similar structure, although I know virtually nothing about either of them. In terms of Tegea, I could find that the image of Athena
recieved washing rites in the sacred fountain; Euripedes' 'Auge' implies that Auge, who was priestess of Athena Alea and also the daughter of Aleus, was washing the robes of Athena when she was, ahem, 'seduced', by Heracles. Interestingly enough, Pausanias tells us that the priesthood of Athena Alea was always a boy, and always before they hit puberty; I don't know if the two events are linked in any way, but there you go.
The Aleaea
This appears to have been celebrated in a nearby stadium, and also to have been intrinsically linked to the Plyntheria, as Robertson hypothesises that this may have been where they initially recieved the robes of Athena, which were subsequently washed at the Plyntheria. It was, as the name suggests, a celebration of the goddess, and appears to have been the major festival at Tegea. Although the first evidence for this festival is the third century BC, we imagine that it would have been far older than that. During the festival, games and competitions were held (as it was in a stadium).
The Halotia
I could find even less on this; from what I gather, the Halotia was celebrating the fact that they had, at some point, captured the greater part of Lacedaemonia; whether or not this festival was as religious as the previous is debatable, but there would no doubt have occurred many of the 'standard' practices one would expect.

We are aware that Tegea as a polis functioned as you would expect any other to, and so was home to entertainment buildings such as theatres. It is reasonable to suggest that festivals may well have included this as part of the procession or a climax, but again this is speculation.

Certainly, with regards to evidence, there is much to be learnt from the archaeological remains; hopefully it is clear from the images that although the structure no longer exists, the foundations survive relatively well. Also, as I'm sure you have gathered, Pausanias writes about the site; obviously, as with any author reflecting on a site, there are issues with hindsight and perhaps projecting his own ideas and portraying them as fact, but regardless he is a substantial primary source on the sanctuary.

In terms of historical significance, it is certainly interesting to view how this site maintained religious importance throughout a long period, and this is archaeologically evident due to various forms of the temple in the sanctuary. Although not the largest sacred space in the Peloponnese (Olympia and Epidauros to name just two), it is also interesting to observe that maintaining the site was considered important, and although, if we believe Pausanias, the significance of Tegea dwindled from capital over time, effort was still implemented to ensure the functionality of the sanctuary.

We would assume that after founding by Aleus, it would have been used by many within Arcadia initially, but as it is not the biggest site, I am unsure on how popular it could have practically been. It is also worth noting that, as sites like Olympia and Epidauros are found on the coast, it is more central, and may well have been used by those passing through the Isthmus of Corinth between the Peloponnese and Attica.

Voyatzis, M.E. 'The cult of Athena Alea at Tegea and its transformation over time' - http://corinth.sas.upenn.edu/dgr/sanctuaries/voyatzis2004.pdf 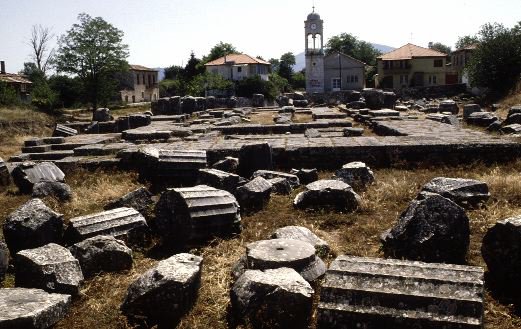 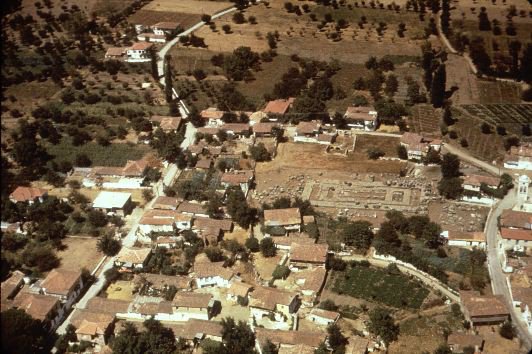