The following sites and resources are recommended by Classics for All. You will find links to resources which will help you introduce a bit of Latin as part of the Roman Coventry project, and we will also be developing extra Latin resources specifically for the project as it develops. If you want to learn about how we can help you introduce Latin to your school, with all the educational benefits that entails, and what funding and free training are available to help you do this from Classics for All, please contact Dr Paul Grigsby at Paul.Grigsby@Warwick.ac.uk. 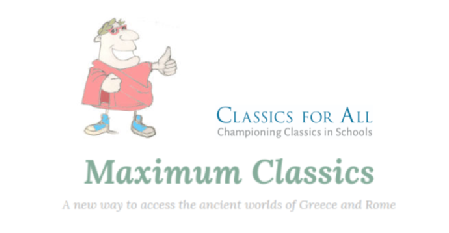 Interest in Classical civilisation and languages is growing in the state secondary sector. However, despite being included in the list of MFL languages, there is no established route to introducing Latin or Ancient Greek in state primary schools. The Maximum Classics course gives pupils from Years 4-6 the opportunity to learn foundation Latin, and to discover the ‘highlights’ of Classical culture.

The course is designed to be teachable by incumbent, non-specialist KS2 primary staff after minimal training by a Classics specialist. All classroom-ready plans and materials are available on this site for download. Free in-school training for the course is offered to UK state schools by Classics For All.

The benefits of a bit of etymology on pupil's vocabulary and understanding are well documented - think Alex Quigley's Closing the Vocabulary Gap.

Indeed, learning about the roots of the English language offers a key to understanding novel words and enriching vocabulary. The downloads on the site explore Latin and Greek roots that feature frequently in English. Each file consists of a stimulus poster and five worksheets themed around etymologically-linked vocabulary 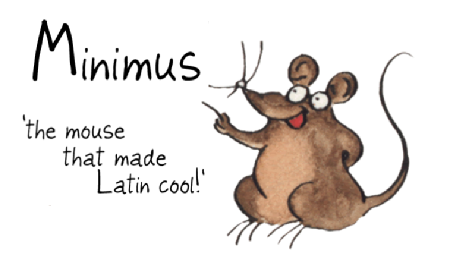 Minimus is a unique Latin course for younger children. It's based on a real family who lived at Vindolanda in 100AD: Flavius, the fort commander, his wife Lepidina, their three children, assorted household slaves, their cat Vibrissa - and Minimus the mouse!

Follow these links to access the FREE Minimus workbook, a selection of Audio-Myths, Schemes of Work and other General Resources. 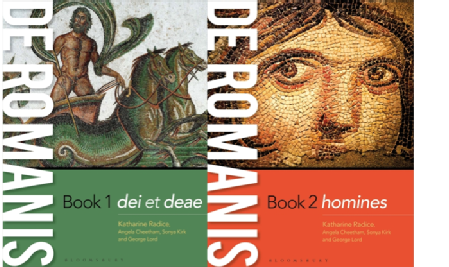 De Romanis is the new Latin course that you have long been waiting for (or so say Bloomsbury!).

An introduction to both the Latin language and the cultural world of the Romans, it also develops English literacy skills through derivation tasks and two-way translation exercises, which promote the understanding of English as well as Latin. Cultural topics, supported by background notes, and primary sources, included for study and analysis, enable students to engage with authentic Roman history and acquire a broad understanding on which to build in future study.

Check out the website for resources and more information. 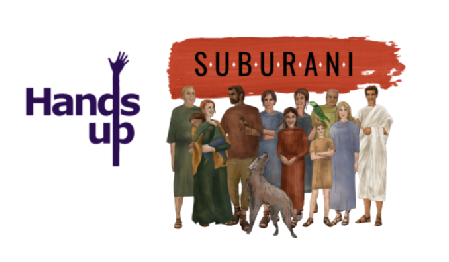 It’s the spring of 64 AD, and as dawn breaks over the Subura in Rome, a young woman calls from high in a tenement block to her aunt working in a bar below. While her father collects the rent from the other tenants, a falling tile narrowly misses a senator’s son passing through the streets in a litter. Was it an accident? In the Subura, your life hangs by a thread.

In a few months Rome, heart of an empire, will burn....

Check out the website for more information on Hands Up's Suburani Latin course and for additional resources.

Welcome to the Cambridge Latin Course!

With a 50 year history of development and revision, the Cambridge Latin Course (CLC) has established itself as the leading beginner's course for Latin.
Aims of the CLC: to teach comprehension of the Latin language for reading purposes; to develop an understanding of the history and culture of Roman civilisation; to encourage a wide range of approaches to language learning through the use of high quality audio-visual resources.

Visit the website for more informational and additional resources. FREE eBooks of all 5 CLC books are currently available plus all the usual online support activities

A companion to Bloomsbury's popular two-volume Greek to GCSE, Henry Cullen and John Taylor's Latin to GCSE is the first course for Latin students that directly reflects the curriculum in a clear, concise and accessible way.

Enhanced by colour artwork and text features, the books support the new OCR specification for Latin (first teaching 2016) as well as meeting the needs of later students, both at university and beyond.

Diogenes is an online and downloadable app that allows you to read any Latin or Greek text (in the original and in translation) with vocabulary and morphology support parallel to the text. It also has various search functions to make navigating corpora effortless.
Teachers use Diogenes to read texts in class, to find examples of constructions, to create handouts, and encourage students to use it when completing homework. Check out the website here. 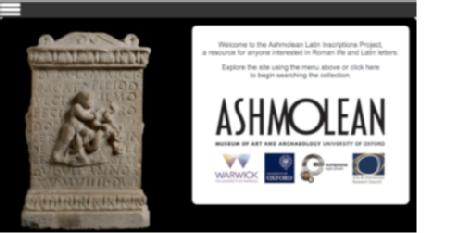 The Ashmolean Latin Inscriptions project has produced a range of free education resources and activities. These can be used for teaching both Latin language and Roman Life topics to a range of age groups.

Click on the above image to access guides to teaching Latin with inscriptions; Object Research Fact sheets; a series of lessons to learn the Latin imperative, using real examples from inscribed sling bullets; and teaching the using real Roman tomb stones.

Free downloads of extracts covering the selections from Cicero’s speech ‘Pro Milone’ on the OCR AS and A-Level Latin syllabus, with each sentence showing grammatical structure, analysis of number and type of clauses, and description in terms of its contribution to the ongoing argument.

Links to free online commentaries on Cicero, Tacitus and Virgil, useful for Latin students in Years 12 and 13.

Links to resources for teachers of Latin and Greek, including the Audio-Visual Classics Database and ‘Ariadne: Resources for Athenaze’.

Teaching resources to order on Ancient History, Greek and Latin for use in early years, primary and secondary classrooms, including wall cards, storyboards, games, handouts and worksheets.

Extensive collection of Latin texts submitted by contributors from around the world (no translations).

A Guide to Latin Pronunciation, an Introduction to Latin Verse, recordings of passages read in Latin and links to short films in Latin.

Tufts University’s digital library project of humanities resources, including primary and secondary resources for the study of Ancient Greece and Rome, and catalogue of art and archaeology artefacts.