History of the XX Legion

The XX Legion was possibly founded after 31 BC by the emperor Augustus, who may have integrated older units into this new legion. Its first assignment was in Hispania Tarraconensis (Spain), where it took part in Augustus' campaigns against the Cantabrians, which lasted from 25-13 BCE. This was one of the largest wars the Romans ever fought. The campaign is known now as the Cantabrian Wars. 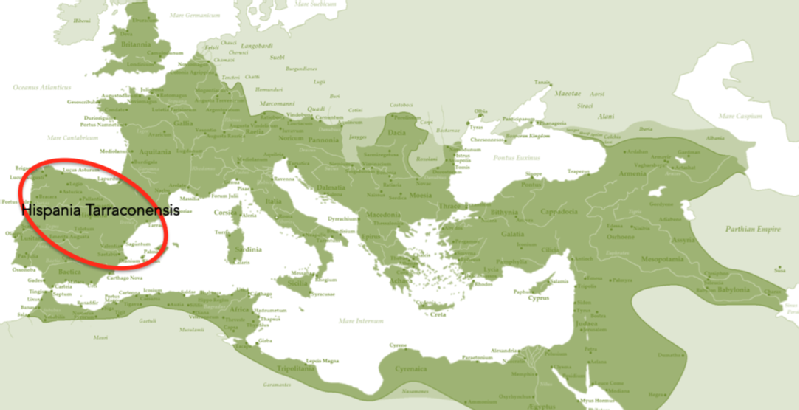 At least some subunits of XX Valeria Victrix were transferred to Burnum (modern day Croatia) on the Balkans as early as 20 BC. This is probably too early for the redeployment of the entire legion, but we can be certain that the entire unit was sent to the Balkans before the start of the first century AD. This was part of the province known as Illyricum.

Burnum in the Province of Illyricum

Around this time the Legion seems to have stayed at Aquileia, east of modern Venice, and may have played a role during the war in Vindelicia. 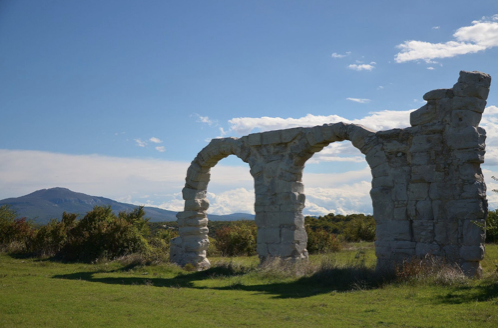 Arches of Legionary camp at Burnum

In AD 6, the future emperor Tiberius led at least eight legions (including XX Valeria Victrix from Illyricum) against king Maroboduus of the Marcomanni in Bohemia (modern Czech Republic) while other Legions attacked along the river Elbe. It was to be the most grandiose operation that was ever conducted by a Roman army, but a rebellion in Pannonia (western Hungary, eastern Austria, northern Croatia, north-western Serbia, northern Slovenia and northern Bosnia and Herzegovina) obstructed its execution. The Twentieth Legion served with distinction. This was known as the Bellum Batonianum – the war of the Batos – (AD 6-9). 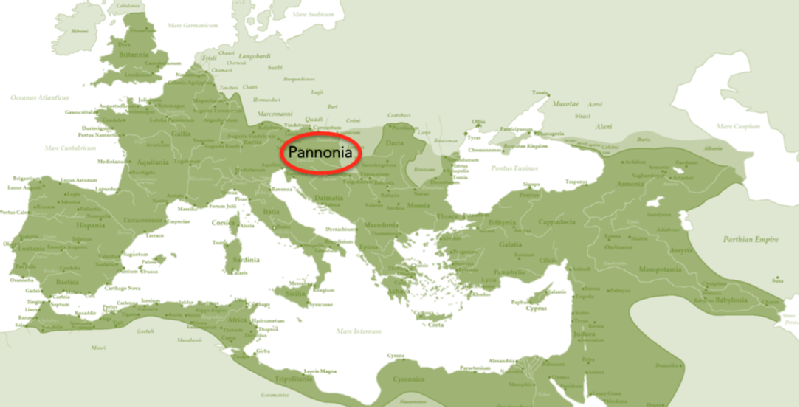 The Roman historian Velleius Paterculus states in his Roman History that during one battle, it cut its way through the lines of the enemy, found itself isolated and surrounded, and broke again through the enemy lines (2.112.1-2):

An exploit of Messalinus in the first summer of the war, fortunate in its issue as it was bold in undertaking, must here be recorded for posterity. 2 This man, who was even more noble in heart than in birth, and thoroughly worthy of having had Corvinus as his father, and of leaving his cognomen to his brother Cotta, was in command in Illyricum, and, at the sudden outbreak of the rebellion, finding himself surrounded by the army of the enemy and supported by only the twentieth legion, and that at but half its normal strength, he routed and put to flight more than twenty thousand, and for this was honoured with the ornaments of a triumph.

It is possible that this was where the legion gained its name Valeria Victrix.

After the disaster in the Teutoburg Forest (September AD 9), where the legions XVII, XVIII and XIX were destroyed, Tiberius, who had to restore order, took the experienced Twentieth Legion with him, and it was now redeployed in Germania Inferior (modern day Germany). The legion's first base was Cologne (known to the Romans as Colonia Claudia Ara Agrippinensium or Colonia Agrippina). 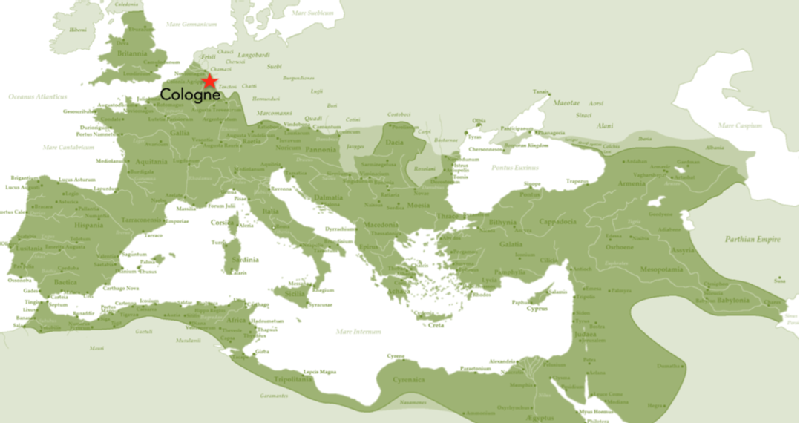 We have a tombstone found in Cologne of one of the legionaries of the XX Legion in the first century AD (CIL XIII. 8287/ 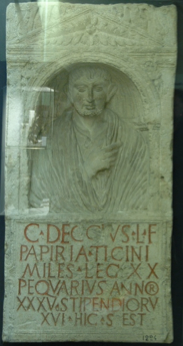 Gaius Deccius son of Lucius, from the voting district of Papiria, from Ticinum. Soldier in Legio XX, and tender of the herds. He lived thirty-five years and served sixteen years. Here he lies

'Pequarius' has a meaning close to that of veterinarian, so as Pequarius, Gaius Deccius may have been responsible for the welfare of the animals which accompanied the legion.

The unit was part of the army of general Germanicus, who led three campaigns into Germania. By then, it was commanded by Caecina, who led the unit back from one of Germanicus' campaigns through the notorious marches between modern Münster and the river Lippe.

In AD 21, a mixed subunit of XX Valeria Victrix and XXI Rapax, commanded by an officer from I Germanica, was sent out to suppress the rebellion of the Turoni in Gaul (modern France), who had revolted against the heavy Roman taxation under a nobleman named Julius Sacrovir and Julius Florus. Almost twenty years later, the Twentieth was employed during the Germanic war of Caligula (r. AD 37-41). The details, however, are not fully understood.

During the reign of Tiberius (r. AD 14-37) who succeeded Augustus as emperor, the XX Legion was transferred further north up the river Rhine to Novaesium (Neuss), probably around AD 35. 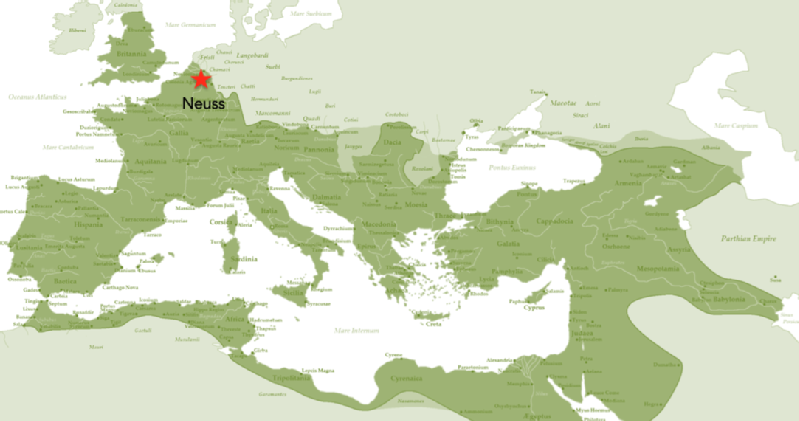